A trip to a sake buffet in Japan proves to be a test of... endurance.

While searching for new experiences to try while on holiday in Tokyo, Japan recently, our writer stumbled upon an “all-you-can-drink sake buffet” promotion.

While searching for new experiences to try while on holiday in Tokyo, Japan recently, a friend had stumbled upon an “all-you-can-drink sake buffet” promotion on a popular online activities platform. It seemed like a really good deal so I signed up for it.

(There was also a “samurai and ninja experience” on offer but I figured you had to be pretty fit to do those...)

The Kurand Sake Market (https://sakemarket.kurand.jp/en/) is, as described on their official website, a “new type of sake store” although it doesn’t actually sell sake. It’s a market that you go to to sample all kinds of sake, but you can’t buy a bottle from the physical store. (They have a new online store but it seems like they only ship to Hong Kong.) It can, however, tell you stories about whichever sake that you’ve tasted there and are interested in, and perhaps even where you can get your hands on your own bottle.

Kurand features mainly sake from small-time companies and boutique breweries, to give these brands a chance to showcase their products outside of their own locality. And getting exposure in a metropolitan city like Tokyo can certainly help in boosting sales. You need to choose three sake cups to use throughout your drinking session.Kurand was formed and run by a team of professionals; there’s a master brewer, a brewer with years of experience, sake experts (kikisake-shi) and teachers, as well as chefs so you can rest assure that every sake you taste at the market has been professionally chosen.

The company even works with some of these boutique breweries to develop new products, which includes sake and fruit liquors. One of these items is the Shodoshima Blueberry Sake, which they sell in their online store.

At the moment, there are six Kurand Sake Market outlets in Tokyo and one in Yokohama. We went to the Shinjuku outlet, which is supposedly one of the more popular ones among tourists.

This outlet, much like the others, offers at least 100 types of sake, all of which are displayed in their big chillers. Each bottle is numbered so if you’re keen to keep track of what you’ve tried or which bottles you like/don’t like, I suggest you jot down the bottle numbers.

I was their first customer that day. It was a Monday so it took a while before people started coming in. The market opens at 5pm and closes at 11pm on weekdays. On Saturday and Sundays, there are two sessions: noon to 4pm and 5pm to 11pm. There are also different types of prices – we opted for the full price (3,000 yen/RM113), simply because it would allow us to um, drink more.

I had gotten my ticket from Klook (klook.com), so I already had a reservation. My friend bought his at the door, but I would not recommend doing this if you’re going there on a weekend or public holiday as the place does get quite packed. We received a souvenir sake cup each, something I observed was only given to tourists. Yay.

We were told to choose three cups to use over the course of our buffet. There were tiny sake cups and regular-sized glasses available, and there’s a sink you can use to wash your cups after every pour, if you wish to.

We received minimal instructions from the guy who checked us in, although there are cards and signs that will tell you other do’s and don’ts. For example, the legal drinking age in Japan is 20 so if you’re underaged, you should not be there. If an attendant thinks you have had enough, you will be asked to stop drinking and may even be asked to leave the premises.

Also, if you throw up in the bar, you will be charged a cleaning fee! The chiller lights are turned off at exactly 11pm every night. That signals the end of Kurand's business day.You are welcome to all the bottles of sake displayed in the fridge. It’s a self-service bar, so you can pour your heart out as long as it fits in your three cups each time. You can’t take the bottle with you to your table or park yourself at the common island next to the fridge either so if you’re already a little tipsy, walking around carrying a tray of tiny cups overflowing with sake does get challenging.

The place sells snacks to pair with your sake and offer free miso soup, ice cream and hot drinks too, but you can actually bring your own food to eat there. There’s a microwave oven, plates, chopping board and utensils that you can use, and supposedly a smokeless roaster too!

There are several convenience stores – 7-11, Lawson, Family Mart – nearby where you can get your food (you are even allowed to run out in the middle of your drinking session and return) but if you plan ahead, you may also be able to bring a big spread with you. One couple did just that and I was envious of what they ate, since I had only brought sandwiches and chips with me.

I don’t think we managed to try all the sake, although it felt like we did by the end of the night. We didn’t keep track of which sake we had tasted either, but that didn’t stop us from attempting to figure things out in our stupor. This resulted in hilarious exchanges about... I don’t even remember any more.

Last call for miso soup, ice cream, hot drinks and snacks from the bar is at 10pm. At 11pm sharp, the attendant turns off the lights in the chiller and locks it. But you are allowed to stay at the premises for a while longer, especially if you need to sober up a little.

And after six hours of hardcore sake drinking, you probably do need some time to collect your thoughts before jumping on the correct train to get home. 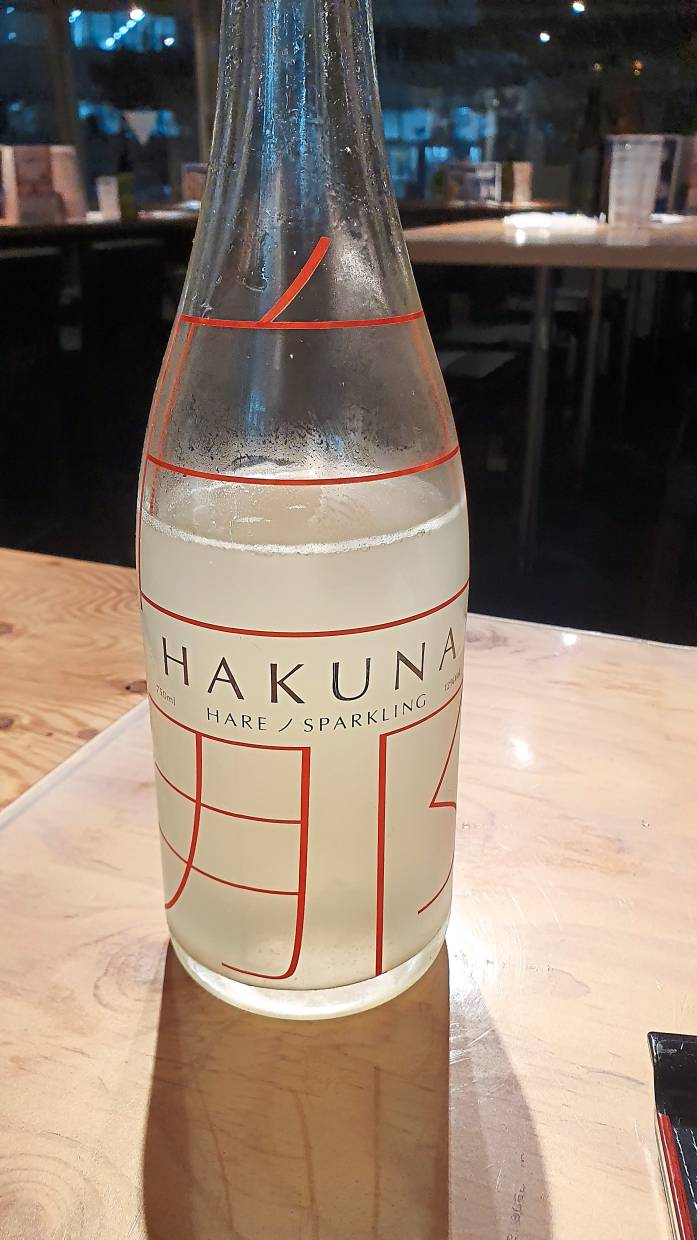 While searching for new experiences to try while on holiday in Tokyo, Japan recently, our writer stumbled upon an “all-you-can-drink sake buffet” promotion.

These were some of writer's favourites.

If you need recommendations, feel free to ask the attendants. However, not everyone can speak English fluently, but they will still try their best to give you some suggestions. — Photos: MELODY L. GOH/The Star

This sparkling sake was not included in the fridge selection, as it was in limited quantity. The attendant offered one pour each to guests.

The chiller lights are turned off at exactly 11pm every night. That signals the end of Kurand's business day.

You need to choose three sake cups to use throughout your drinking session.

Male tourists didn't use rolling luggage in the past because it's 'unmanly'
Museums in Penang hanging by a thread amid the pandemic Premium
Travel tips at the airport in a post-pandemic world
Paris aims to launch midnight train to major European cities by 2024
Sabah mountain guides turn to farming to generate income
Langkawi targets tourism growth in Q4
What�does it take to restart tourism in Malaysia and all over the world?
Malaysians need to reconsider the way they pack for a post-pandemic holiday Premium
Tokyo Olympics 2020: Japanese Games mascots are too 'kawaii' to handle Premium
Preserving trams, a popular heritage in Lisbon