Often times, Wan Yusniza Wan Yahya would be the only woman in a meeting room, with the discussion mainly dominated by men.

But that did not deter her from pursuing a career in an industry largely believed to be male-centric.

Yusniza is the associate director of aviation development at the Malaysian Aviation Commission (Mavcom).

She strongly believes that if you are good at what you do, you will earn respect for what you bring to the table, regardless of whether you are a man or a woman.

“It can be a little daunting being the only woman, but it was through these experiences that I learned to come prepared, hold my own and focus on the facts at hand, ” said the former engineering graduate.

Yusniza, 42, has 18 years of experience in the investment, finance, regulatory and business development fields.

She ventured into the aviation industry when Mavcom was set up four years ago, and was involved in setting up the organisation.

She has also led various initiatives, including the Regulatory Asset Base (RAB) framework, which is a proposed funding model for the national airport industry, mainly under Malaysia Airport Holdings Berhad (MAHB). 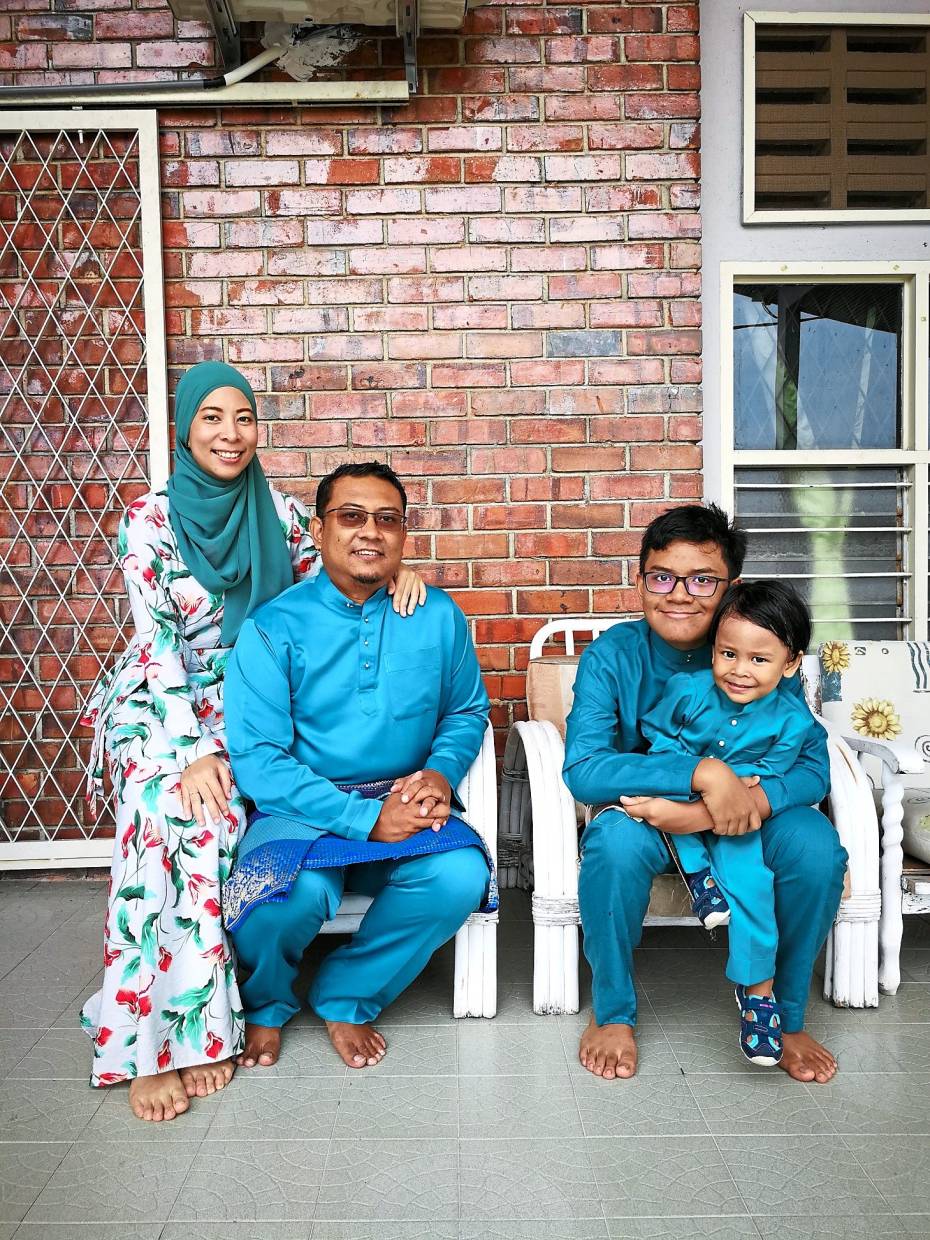 Yusniza (left) credits her husband for being the backbone of their family of four.

While Yusniza is “the backbone” in her organisation, she says that at home, her husband – an engineering consultant – is the backbone of the family.

“Juggling a career and family life can be challenging. But I’m very fortunate to have a great support system in my husband, family and even in-laws, ” she said, adding that she also has a great domestic helper.

Yusniza and her husband have two sons aged three and 13. Whenever she has to travel for work, her husband and other family members would help take care of their younger child.

She revealed that while their first kid was conceived naturally, with her tight schedule, it was difficult for her to conceive their second child.

“It was only after our fourth IVF (in vitro fertilisation) attempt that he was conceived. So, for couples who are experiencing the same issue, don’t give up, ” she encouraged.

Yusniza is also thankful that she works in an organisation that understands the importance of work-life balance.

“I have great support from the bosses and team too, ” she said, adding that technology also plays a role in helping her connect to her office and family from wherever she is.

She hopes to see more women in aviation and is ready to help play her part in making this happen.

“There are not many female C-suite leaders (executive-level managers within a company) in the aviation industry, especially in Asean countries. This is the case across all aviation sectors such as airlines, airports and ground handlers. But I hope to see more women step up to the challenge and if it is their passion, to pursue it, ” she said.

Yusniza stressed that women have a lot to contribute, not just in a company or industry, but to society in general.

“I believe women have greater empathy, which is a core element of a good leader. Women, homemakers included, are also able to multi-task and juggle many aspects of life such as financial and time management, as well as social engagements.

“But it is no longer the norm for women to just be homemakers and men, sole breadwinners. Many households comprise women who are able to hold their own, ” she said.

Her advice to young people, especially women, is to invest in themselves, especially when starting out in their career.

“Never confine your dreams just because you’re a woman. Be confident and equip yourself with the skills and knowledge necessary for your aspirations and you will surely get where you want, in time to come, ” she advised.

When Yusniza is not juggling work or family responsibilities, she sings in her husband’s rock band, En Brightside.

In fact, that was how they got to know each other – through singing.

“During our A-levels, whenever I had a dikir barat performance, he would sing the male part. We were just friends then but it’s nice to still be singing with him 20 years later, ” she added.

This Malaysian woman is flying high in the local aviation industry

StarChild: International Women's Day in the eyes of Malaysian kids

international women's day , Each For Equal

In Lebanon, strangers are chipping in to help others in small but meaningful ways
Heart and Soul: When a doctor loses his life to Covid-19
Malaysian red paper-cutting artist keen to preserve the traditional art form
Iraq's last gas cylinder singing deliveryman dreams of stardom
Woman donates kidney to hubby’s ex-wife two days after marrying him
After being featured in 'One Good Thing', volunteers keep on giving
Para athlete teaches dribbling and diversity to Italian kids
Heart and Soul: Growing up with my brother
Malaysian law student helps the needy through food bank project
Heart and Soul: This Penangite was a scout leader aka an Akela