Speaker and lifestyle coach Hannah Lo says the most powerful thing in terms of empowerment is to show other women the way by being the way. In conjunction with International Women's Day, Life Inspired spoke to three women from different walks of life on their lifestyles and careers, and what it means to them to feel empowered, how they empower others around them, and how they feel they make a difference.

Lo, 36, grew up in Sabah and the United Kingdom and has lived in several places in her lifetime, taking up many endeavours and mastering several skills.

Today, she’s a teacher, speaker and guide for women, but for years, she was a model, host, singer and even trained in kickboxing for five years, representing Malaysia internationally.

Over the years she began cultivating a keen interest in relationships and coaching, and it began with looking at her own life.

“I was struggling in my relationships and I got to a point where I felt so low and began to examine why I felt this way, and I was very determined to figure out this conundrum, it was like a puzzle to solve, ” says Lo. “I wanted to find out what to do and I just used myself as a guinea pig, I went to many different coaches, I traveled the world, I went to India, Egypt, Mexico, the USA, just to try all the different modalities. Stuff like energy healing, breathwork and so on.” To support herself she took on various jobs including babysitting, cleaning houses, doing management for healers, she even learned photoshop to create posters to help them with their marketing.

It took some time but over the years Lo gathered enough experience and knowledge to start her own sessions and women’s circles, and today she works with women, men and organisations through her workshops and speaking engagements, and more intimately through one-to-one coaching, retreats and private ceremonies.

Lo also conducts couples workshops, retreats and date night sessions with her fiance Ash Nair, who she has been dating for five years.

What inspires you and how do you keep yourself motivated and passionate in your career and your projects?

For me there's quite a clear difference between being motivated and being inspired. Being motivated is when you kind of push yourself, to do this workout, to stop eating these foods, stop smoking.

Whereas when it's inspired, if it feels like there's something behind you pulling you forward, rather than you on your own, trying to push and make things happen.

So, as you know, inspiring motivation is more mental, I should be doing this, or this is what I should do. That's why nobody feels motivated.

I really try and stay in alignment with what feels right in my heart and my soul. And that way, it never feels like I have to be motivated or I have to push myself to be inspired. I feel like even when I'm tired, it's like a natural force propelling me forward.

I’m all about beautiful settings, anywhere that’s nature-related or beautiful architecture, I’d love to go. I went to Rishikesh about a year ago and there’s so much raw beauty, the Ganges river is just magical, there’s so much culture. Just about like beautiful sets, you know anywhere. That's amazing.

I'd like to think boho chic but I feel like I haven't fully filled up my wardrobe.

What are the values and principles that matter to you?

I believe that our thoughts, our perceptions, all of our accumulated experiences, from our childhoods up to now, all the stuff that's buried in our subconscious is what creates our reality.

When things happen that are difficult in relationships, or friendships, instead of seeing it as the other person's fault, or blaming the outside, which is fair, it's not easy, but it's that you have this principle that kind of circles you back with, 'oh, wait a minute, am I wrong?'

It's actually that I’m seeing it from my lens, my programming, my past rather than the truth of what it is.

We are fully responsible for how we feel on a day to day level and choose what we do with that.

What do you think has been an important step forward for women in recent years? 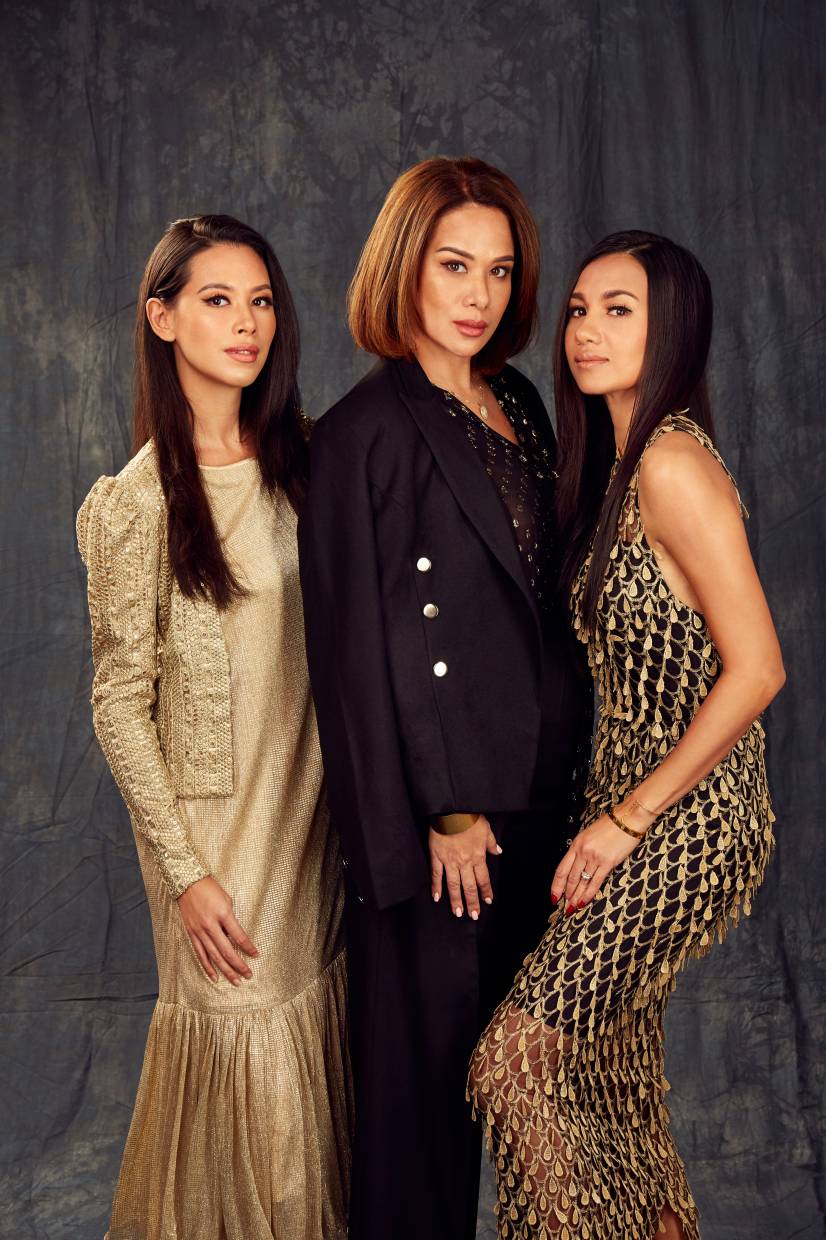 I think there's been a snowball of that stuff happening, and why that's important is that if the truth is hidden, then there's nothing we can do to change.

But when the truth comes to the surface, and we see what's really going on, then we can look at it and go, oh, this isn't working. How women are treated in the workplace, how these big corporations, powerful men are taking advantage. Before, there wasn't a strong enough voice coming to the surface for women in a general sense collectively, but now it's become very powerful and very collective. And so I would say that this is the single most important thing because it's just a catalyst for so many different things.

And so, and it's giving permission to so many more other women to speak. And not just women... in every area of the world where people are marginalised, and people are unheard. I feel like it's not just about women, it's actually bringing about change for everybody.

How do you feel you inspire and empower the women around you?

I think it's always about being an example. You can say all you want, but if you act a different way than what you speak, then people eventually will find out.

To me, the most powerful thing in terms of empowerment is to show other women the way by being the way.

How do you actively, in your daily life, challenge stereotypes, fight biases and celebrate women’s achievements?

For the last 2000 years, women have gone through a lot when it comes to equality and being seen and treated equal to men. That's created a lot of trauma, a lot of beliefs, a lot of pain amongst both men and women.

And so, sometimes, with all of the trauma of feeling marginalised or feeling treated less in horrific or subtle ways, you try and take your power back from a place of anger, a place of fight. Even though that may have worked to a certain extent, for a lot of the women's movements, I feel like we're not going to be able to fully experience harmony and equality between men and women until we heal that stuff.

Because right now there's a lot of “we need to stand up for our rights, we need to push for these things”, but to me, nothing will change unless that pain has been dealt with.

Women have every right to feel what they feel and but the thing is, whenever you act from that place of aggression, anger, the only thing you can create is more of that.

Actually what I'm teaching women is that it's about love. It has to come back to love. And that's the only thing that's going to really change things. Because if you keep trying to fight it, we're just going to create more warring.

International Women's Day , Each For Equal ,