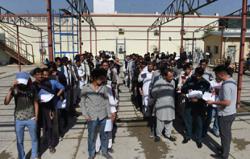 Sasibai Kimis started social enterprise Earth Heir so that she could make a difference in the lives of others. Photo: All Is Amazing

In conjunction with International Women's Day, StarLifestyle highlights three female entrepreneurs who are also driven by a purposeful plan and ambition to do good.

Through their social enterprises and business, these three women are also striving to uplift other women by providing income earning opportunities and skills training.

Maznah anak Unyan, 52, a Mah Meri who lives on Carey Island, Selangor, learnt to weave as a child, and never imagined that one day her handicraft would be sold all over the world.

Weaving used to be a dying art in her community until social entrepreneurs started knocking on their doors and offered to market their craft. 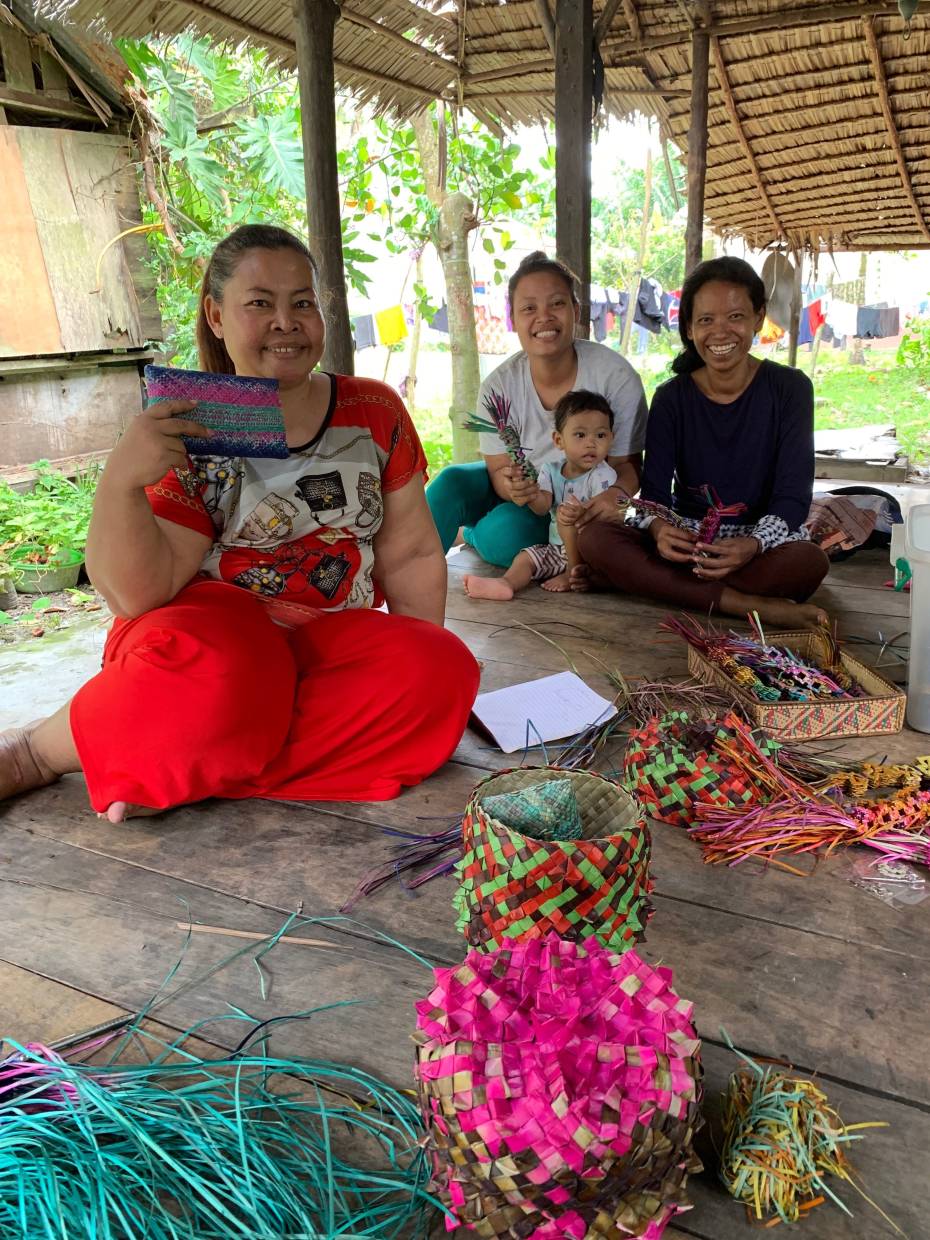 More importantly, the single mother was able to earn an income from her weaving skills, turning what was once considered a home skill into a commercial one. Maznah used to only weave mengkuang to make domestic and ceremonial items. Now she makes mengkuang handicrafts such as book marks, purses and pouches that are highly in demand.

“I learnt to weave mengkuang from my mother, ” says Maznah, adding that her mother learnt it from her maternal grandmother.

One of the social entrepreneurs that Maznah works with is Sasibai Kimis who founded Earth Heir, a social enterprise that works with over 100 artisans to create luxury Malaysian bags and accessories.

“I saw a gap in the market for quality local artisanal products that were well branded, ethical and inspired trust, ” says Sasibai, 41, who left Malaysia to study in Singapore when she was 13, and then went on to further her studies at Wharton, University of Pennsylvania. She then worked with Lehman Brothers in New York, and did a M.Phil in Environment and Development at Cambridge.

But Sasibai was not fulfilled by her academic success and high-flying career. “At one point I felt empty and wondered: ‘after earning money, what’s next’. After a friend died in the Sep 11 attack in New York, I started questioning my life’s purpose, ” shares Sasibai.

She decided to quit her job, and find a way to make a difference in other people’s lives. She started volunteering and taught English in Cambodia.

“I met many Cambodian weavers who were struggling, so I bought their handicrafts and sold them to family and friends.”

It led to her launching a social enterprise, Earth Heir, in 2014, to promote and market ethnic crafts.

Her altruistic mission proved to be harder than anything she had done as a social business has higher bars to meet.

“It was a depressing time and I was building my company alone. I had no salary, didn’t earn enough to hire anyone and I was close to shutting the business.”

“With the money from this award, I rented a studio in May 2016. This changed things and the company started growing.” 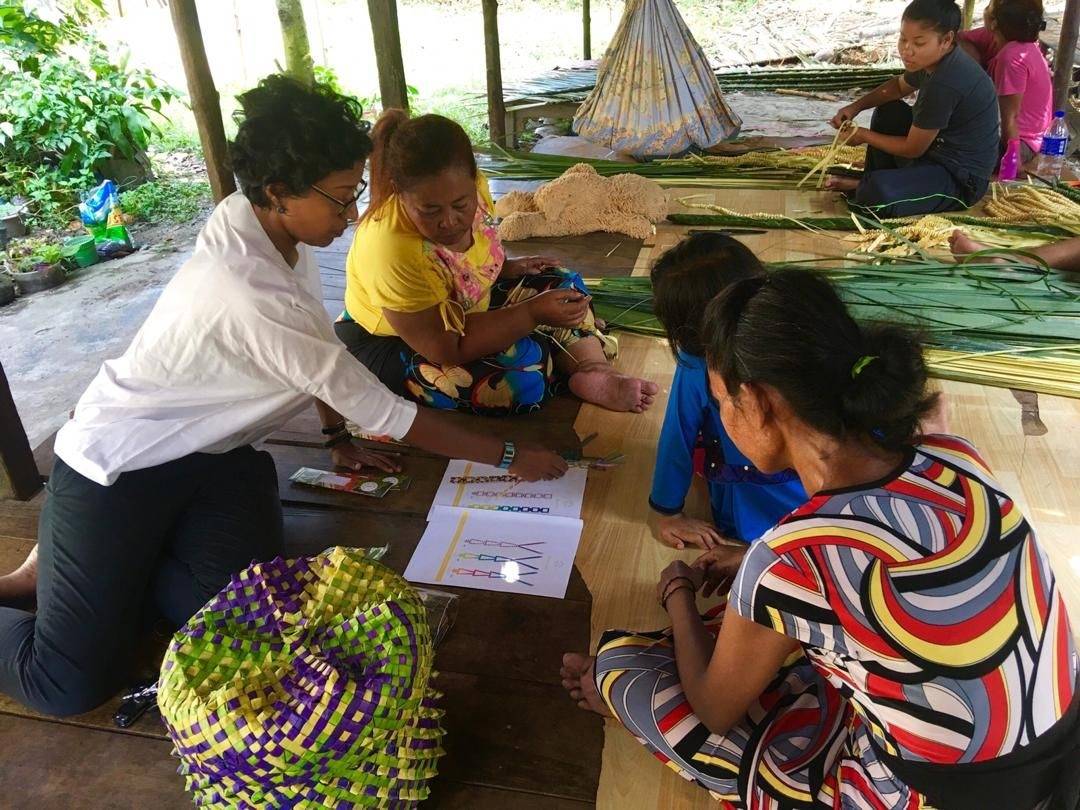 As the award required that she create a Malaysian product, she started working with local artisans, like Maznah.

Earth Heir is fair trade certified with the World Fair Trade Organisation (WFTO) and is audited.

“We abide by 10 Fair Trade principles and we pay our artisans a fair range.

“I’m happy to be helping the underprivileged, most of whom happen to be women. We also teach them about product pricing so they can earn enough to grow.” 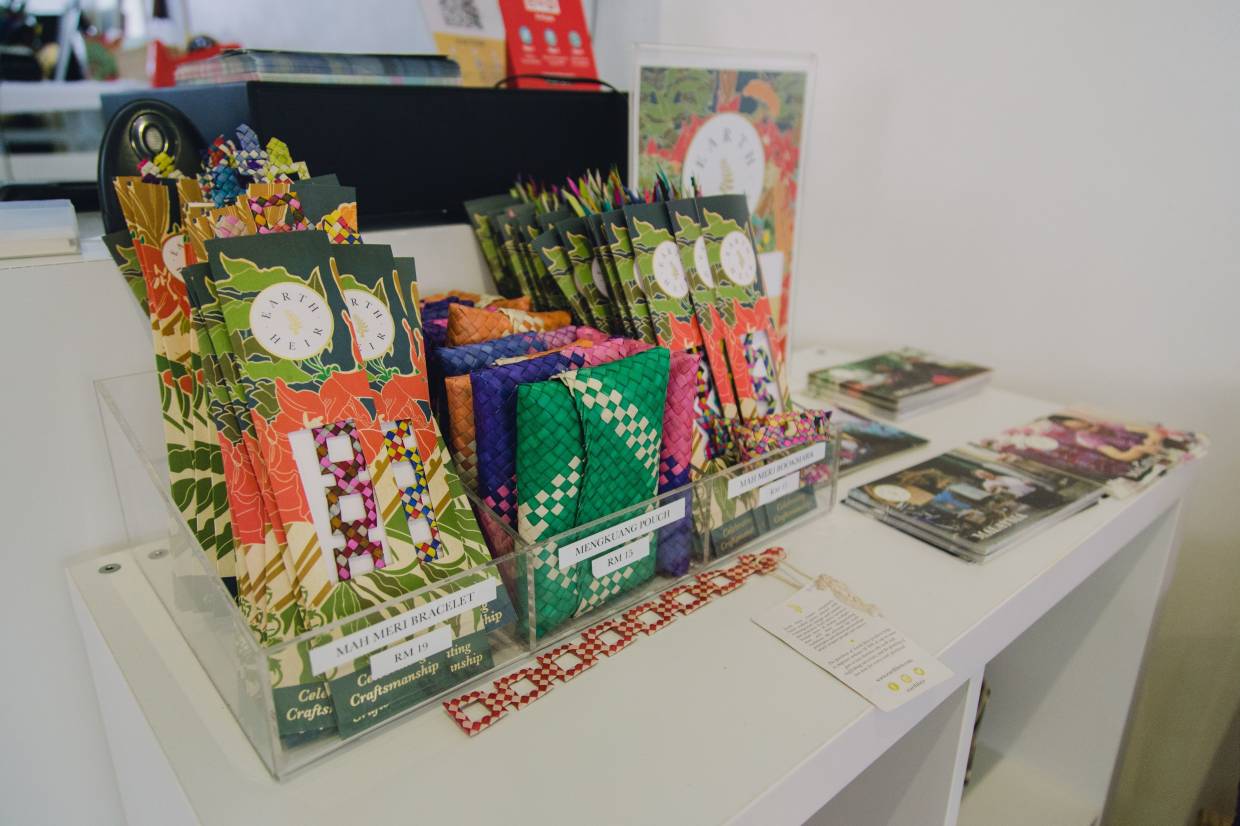 The process of growing and preparing mengkuang is tedious and labour intensive.

If anyone thinks mengkuang products should come cheap, they should reconsider as the process of growing and preparing mengkuang is tedious and labour intensive.

“I’m happy that Earth Heir appreciates my weaving skills and I can earn money through them, ” says Maznah.

In her community, weaving used to be a dying craft as girls became better educated. But now many more Mah Meri women are learning to weave as they can earn money from the craft, with social enterprise such as Earth Heir marketing and giving value to their handiwork. Maznah learnt to weave mengkuang from her mother and she earns money by weaving products for Earth Heir. - Earth Heir

With their earnings, Maznah and other craftswomen are able to pay their bills. Maznah can even spend on cosmetics and have enough to spoil her three grandchildren.

“I’m proud to be financially independant and aside from using my handicraft skills, I also sing and play traditional music to earn extra income, ” says Maznah who is a respected leader as she has also helped to improve the lives of other women in her community.

Sasibai says her challenge is in growing sales so that they can support more artisans, as well as instill pride in the Made in Malaysia label. 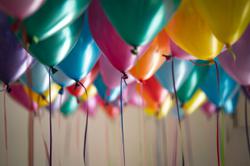 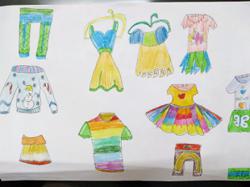