For the second year running, Orang Asli communities will be actively involved in the #StandTogether Kindness Movement campaign to support Orang Asli children who are struggling with being bullied or misunderstood in schools.

Leona Safarita, an Orang Asli of Semai descent, had an upbringing that was rooted in kindness.

Her father, Rosli Bah Air, was adopted as a 14-year-old by a Chinese man named Chan Lai Tuck, who wanted to give him a better future.

“We can’t imagine what would have happened if my dad wasn’t adopted by him. We feel so lucky and grateful for his kindness, ” said Leona, 21.

Apart from her father, Chan adopted three other boys – Yong Soo Fatt and Phon Kon Sen – whom she fondly refers to as “uncles”.

“Now they are the ones who are helping my family and paying for my studies, ” she said, adding that Chan passed away four years ago.

“He had no wife or (biological) children, so we took care of him until he passed away. For us, it is our way of repaying him for taking us into his care, ” she said.

Leona shared her story with us in support of the #StandTogether Kindness Movement, organised by R.AGE and SP Setia to create a new culture of kindness and empathy throughout Malaysian society – starting with schools.

For the second year running, Orang Asli communities will be actively involved in the campaign, to support Orang Asli children who are struggling with being bullied or misunderstood in schools. Leona, who is currently in the second year of her degree in English Language Studies, said she had experienced bullying as a child as well.

“They called me ‘sakai’, ‘pig’, and ‘dark’, ” said Leona, who admitted to feeling lonely in school.

“I was really slow at catching what the teacher was teaching, so some of my classmates would exclude me from activities, ” she shared.

Many of her Orang Asli friends dropped out of school due to bullying.

One of them was Adi Hadzil, 20, an Orang Asli of Semelai descent.

“They called me sakai without actually knowing the meaning of it.

“People should stop using words like sakai and ‘jakun’, as they are sensitive words to the Orang Asli community, ” said Adi.

He found solace in other Orang Asli friends who went through similar experiences.

“We could only rely on one another, as we are the only ones who knew what each other was going through, ” said Adi, who hails from Perak. 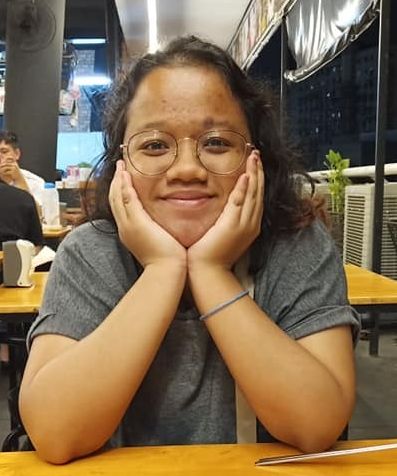 Leona, who is currently in the second year of her degree in English Language Studies, said she had experienced bullying as a child as well.Leona believes the bullying she went through was the result of ignorance.

“I remember once when my sister was playing with her friends in the school playground and her friend’s parents said, ‘Look at that sakai.

“So it is clear where children learn such things, ” she said.

Leona added that the #StandTogether campaign’s focus on kindness and empathy is most apt since these values can help people really understand what it feels like to be bullied.

“I also hope this campaign can change the way the Orang Asli community thinks, and encourage them to ignore bullies and just go to school and continue doing what they want, ” she said.

The #StandTogether campaign was founded in 2017 by R.AGE and SP Setia to counter the growing cases of bullying in schools and on social media.

All students and teachers can participate by signing up for the #StandTogether Kindness Workshops, a series of gatherings for students to participate in empathy-building games and activities designed by Tribeless.

Students can also participate in the #StandTogether Kindness Leadership Programme, which is an online fellowship with e-learning programmes on empathy skills, a peer support network for students, and up to RM40,000 in grant funding for school Kindness Projects which participating students can pitch for.

To sign up for the Kindness Leadership Programme, go to www.standtogether.my/kindnessleaders.

For more information on the Kindness Workshops, contact Richie Lee from Study Hub Asia (0178878814 or richie@studyhub.asia).

Participating students will receive certificates and co-curricular points recognised by the Education Ministry.