The Semai community have a wealth of inherited knowledge about local ulam in the forest. — Photos: RACHEL THOMAS THARMABALAN

ULAM has been used for generations by various Orang Asli communities, who often live off the land and are naturally predisposed to foraging and scouring tropical jungles for wild edibles.

It is this multi-generational arsenal of knowledge that food technologist and Sunway University lecturer Rachel Thomas Tharmabalan was looking to study when she embarked on field research to analyse the wild edible flora used by the Semai tribes in Pahang and Perak.

Rachel’s research is part of the field work sanctioned by Eric Olmedo in pursuit of the launch of the Ulam School project.

“I thought it would be interesting to see how the Orang Asli use traditional ulam, especially as Malaysia is listed as one of the top 12 mega bio-diverse countries in the world. With so many natural resources in our own backyard, I think it is essential to tap into the Orang Asli communities’ knowledge base, ” she says. Rachel says much of the putative qualities of different ulam that the Orang Aslis reported actually match scientific evidence.

During her field work, Rachel went foraging with the Semai tribes that she met and collected different ulam samples that they used in their daily cooking. She also gathered all the knowledge they had on the medicinal values of different ulam.

“The older generation, particularly the women actively gather the ulam, so they really serve as a repository of knowledge. So they listed all the medicinal values of the plants, based on the knowledge they inherited.

“And it wasn’t just simple things like coughs and colds that they were claiming the ulam could alleviate – it was conditions like diabetes and even respiratory issues, ” says Rachel.

Thomas sent the samples for laboratory testing to verify the accuracy of the Orang Asli’s oral history on ulam. When the results came back, she discovered that much of what they said tallied with the scientific data.

“Some of these wild edibles that they consume have much higher vitamins, minerals, protein and carbohydrate content than commercial vegetables. 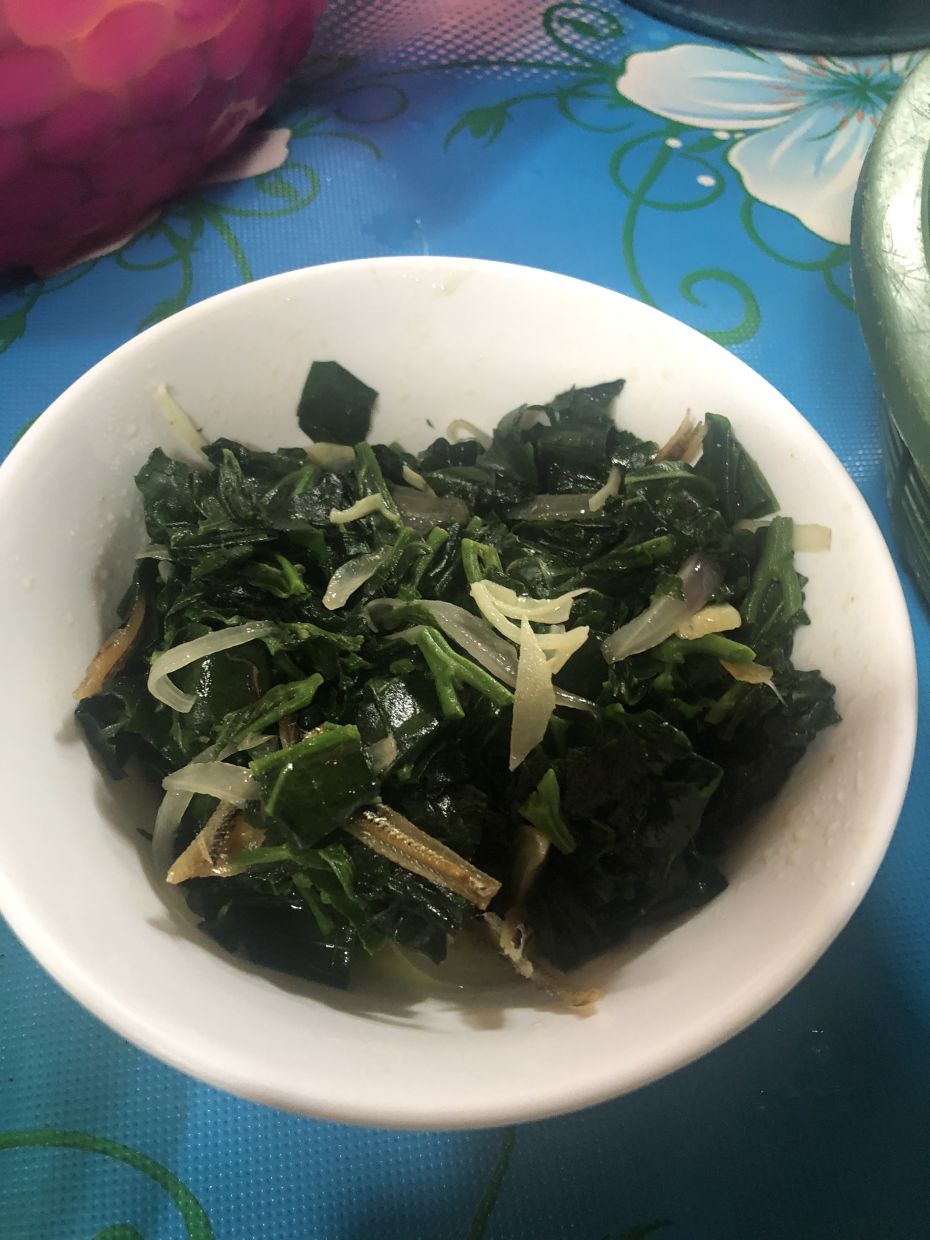 The Semai mostly eat ulam raw but will sometimes stir-fry it with onions and garlic or use it in soups.

According to Rachel, the Orang Asli who live further away from urban centres tend to be healthier and incorporate more ulam in their diets compared to the communities dwelling closer to the city.

“I would say ulam forms about 20% of the Orang Asli diet – predominantly the communities living deep in the jungle because they don’t eat commercial vegetables like cabbages or tomatoes at all – they prefer to forage in the jungle or grow their own greens, ” confirms Rachel.

The community consumes a wide range of ulam from ferns, shrubs, roots and leaves. Some edibles that they imbibe frequently include more common ulam like tapioca shoots and bamboo shoots as well as rarer varietals like sendap, snego and ber-pa.

“It is harder to find ulam like snego and ber-pa because they grow deep in the jungle at much higher elevations, ” says Rachel.

The Semais eat many of these ulam raw but also have other cooking methods which involve stir-frying tougher ulam with a few base ingredients like onions and garlic or incorporating fibrous ulam into soups. In the past, these dishes used to be bland affairs that never included salt, but now many in the community have started using either salt or anchovies to jazz up their meals.

Rachel says the Semai are very open to sharing knowledge about ulam with outsiders (seemingly because they themselves typically always share their harvest with each other), but often feel like their knowledge is regarded as having little value.

“They get really excited when they take you into the jungle, they want to show everything. To me, everything looks the same, everything is just green but they can tell the difference between each plant.

“Some of them have even tried selling these wild jungle ulam in Cameron Highlands, but they say people are very skeptical because they don’t know what it is and don’t believe their claims.

“The Orang Asli know these ulam can help with various ailments, but nobody wants to give them a chance. I think ultimately they just want to be appreciated for their knowledge, ” says Rachel.