Rice and aid packages for the Orang Asli being delivered by boat along Sungai Telom, Pahang, Malaysia. — JEFFRY HASSAN

When the media reported that Malaysia's indigenous people, the Orang Asli, were moving “back to the jungle” during the Covid-19 lockdown and blockading their villages to stop the spread of the virus, the stories fed a prevailing romanticised myth that indigenous communities are self-sufficient.

But in reality, most Orang Asli cannot harvest all they need from the forest, and in addition, many have stopped subsistence farming. Instead, they are plugged into and rely on the modern economy for their livelihoods.

“The most critical problem during the MCO period was losing our incomes, ” says Jeffry Hassan, a community leader from Pos Lanai in Pahang’s highlands.

The MCO, Malaysia’s Covid-19 movement control order, was imposed by the government on March 18 with only two days’ notice and eased only in June; the country is currently in a recovery MCO period until Aug 31.

“Daily life was completely changed, ” says Jeffry. “I myself couldn’t earn anything from my main job, tapping rubber. Other villagers couldn’t sell their forest products. Within a week and a half, we had to ask for help from outside.”

However, unlike other Malaysians who lost incomes during the MCO period, their situation meant that virtually all 50,000 Orang Asli families in Peninsular Malaysia needed aid. 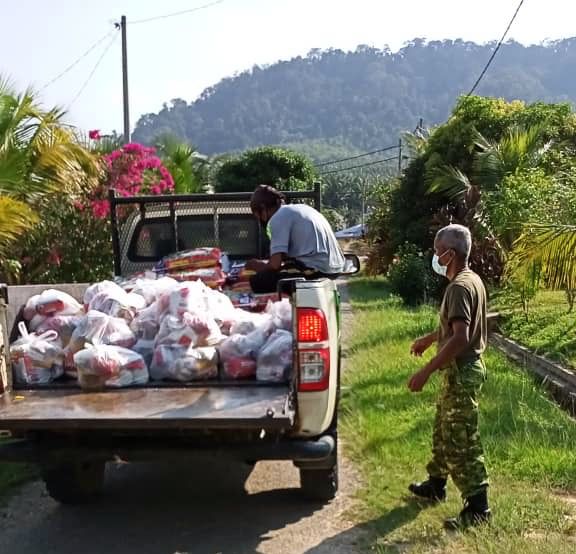 What’s more, getting that aid to the more remote of these communities was challenging due to a combination of bureaucracy, logistics and data gaps on how many and where the communities were.

This MCO aid experience has made mobilising for food resilience an immediate goal of several communities, the non-governmental organisations (NGOs) that provided relief, and individual government agency staff members.

“Many of the Orang Asli from the interiors came out or asked for help because they didn’t have rice, ” says Ili Nadiah Dzulfakar from one of the larger relief efforts, Misi Bantu OA (Orang Asli Relief Mission).

“And rice is a staple. So they need money to buy rice or they need rice to be donated to them. The crisis showed how very vulnerable they are.” 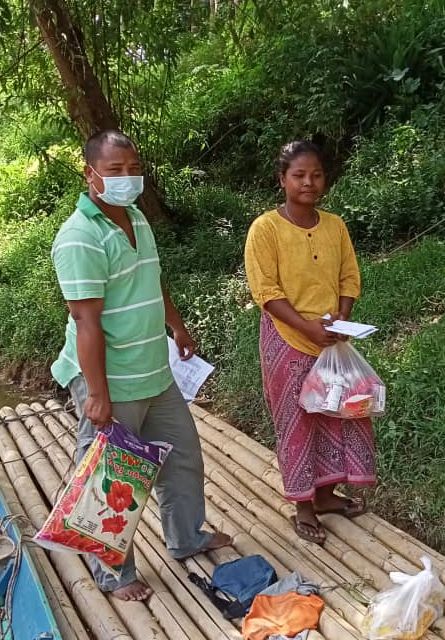 Jeffry explains that these methods allow the land to recover between agricultural cycles and have been sustainable over hundreds of years.

Each family grows about half a hectare of padi, enough to feed themselves for a year.

But the MCO was imposed before planting season. Rice stocks had depleted.

Changing with the times

“I’m not sure why the others don’t plant padi, ” says Jeffry.

“Perhaps their lifestyles have changed. They now earn wages and don’t want to live hard lives. Then there are others who are just not interested.

“It cannot be denied that everyone should plant padi. In my area, everyone knows how to do that. We even talked about it as a way to get through the MCO.”

And while the MCO has been eased and income gradually restored, the pandemic is far from over. The government has warned of reimplementing the more stringent MCO if a second wave of infection gets out of control.

Jeffry is therefore supportive of efforts by groups like Nadiah’s, which is planning to facilitate workshops for communities interested in planting padi and other food crops.

“Communities that had padi fields and food crops coped better with the MCO than those that did not, ” says Nadiah.

She adds that many NGOs and community groups who are working to strengthen food resilience are inviting Orang Asli who have retained successful traditional farming practices and knowledge to mentor those who have not. The NGOs raise funds for and facilitate the workshops.

“We are also looking at something as basic as getting them to open bank accounts so that government aid and grants for farming can be banked in, ” says Nadiah.

The Jakun of Kampung Petoh were actually interested in farming even before the MCO was imposed. The village is located in Rompin, in Pahang’s lowlands, several hours’ drive from Pos Lanai. 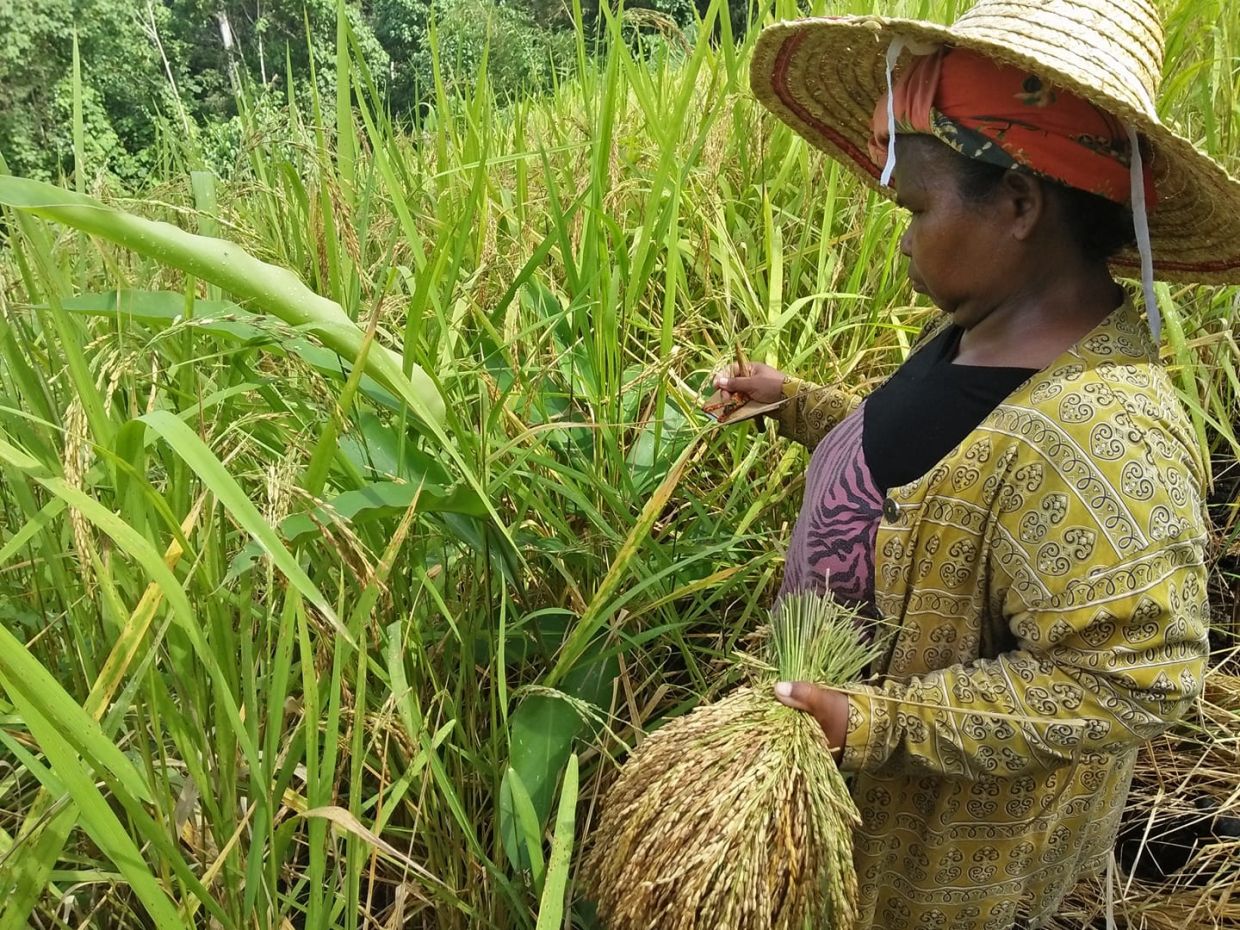 “We decided to farm to see if we could save money on vegetables. Now it’s clear that we really do. For phase two, I want to plant fruits.”

Hers is one of 70 Jakun villages in Rompin and Pekan in Pahang that has expressed interest in farming since the NGO Global Peace Foundation Malaysia started working with them in 2016 to foster greater community resilience.

“The community is hardcore poor, and poor people want food security. They don’t need a pandemic to realise that food farming is critical, ” says the foundation’s chief executive officer Dr Teh Su Thye.

This was confirmed in the NGO’s post-MCO period follow-up needs assessment of eight villages. One of the top long-term needs is planting vegetables for self-consumption.

“Their level of interest is very high, ” says Teh.

“It’s easy to help the communities get the vegetable project going because we just need to supply them with seeds and fertiliser. That’s all the women need to plant vegetables in their house compounds.”

“Everyone in this village can eat, ” says Nordin. “Anyone who wants to eat, I tell them to come and pick the vegetables.”

In addition, most of the communities are interested in farming for income.

When Teh and his team conducted a separate assessment for a livelihood improvement project, they found that “many started talking about cash crops like bananas, cempedak, serai (lemongrass)... (and that) most are very open to learning how to make a success of it”.

As of July, six villages are on standby to begin the farming for income project.

As with Nadiah’s group, the foundation is tapping the expertise of other Orang Asli “who are doing very well in farming, and are very ambitious and keen to share knowledge”.

The interest in planting food among Orang Asli is a revival of traditional practices, says anthropologist Dr Rusaslina Idrus in a webinar on food security and the Orang Asli.

“Some villages are beginning to go back to tanaman kontan (subsistence farming), planting things like tapioca and sweet potato... (and) vegetables.

“This is something they used to do but because they became involved in work outside the village, it’s not been practised for a while, so they’re starting to relearn older ways of growing crops near their houses.”

However, farming does require a key element: land. And the dispossession of their customary lands is at the root of the Orang Asli’s marginalisation.

Since the 1990s, the Pekan and Rompin communities in Pahang have claimed that their customary lands have been encroached on, mainly by plantations. Villagers have said this includes land on which they used to farm serai and fruits like pineapples and rambutans. The encroachment continues today.

In 2012, the Pos Lanai villagers were moved to government housing closer to Kuala Lipis so they could be “closer to amenities”, says Jeffry. However, they were not told that their customary land – where they planted padi and harvested forest products to sell – would be flooded by a new dam. They have been fighting the building of the dam since.

And even with good land, access to water and the correct skills, farmers are still at the mercy of nature. Jeffry was troubled by the weather at the start of the padi planting season in July. “It shouldn’t be raining now, ” he said in a worried voice. “It’s too wet. We can’t clear the land.”

Padi planting farmers have been struggling in the past few years due to climate change. It is the last thing the Orang Asli need to cope with.That is why anthropologist Rusaslina is looking at the bigger picture.

“The indigenous people have led this call for many years already... talking about more sustainable living, the importance of forests for clean air, food security, clean water.

“We need to fundamentally shift the way we think about development and growth.”

For now, the difficulties of the MCO period have drawn widespread public attention to the importance of food resilience for the Orang Asli. It has galvanised Orang Asli communities and the groups working with them towards subsistence farming and community gardens.

The hope is that this will help empower them to ride out this pandemic as well as future shocks with less disruption.