JSGM - which uses the Malaysian rainforest as its venue - enables the Orang Asli to showcase their jungle skills and earn an income at the same time. Photo: The Star/SS Kanesan

The Jungle School Gombak Malaysia (JSGM) in Selangor, does the Orang Asli community in Malaysia proud, by winning three awards in the fifth edition of the International Invention Innovation Competition in Canada (iCan 2020). JSGM won the Gold Medal Award in the preliminary rounds, and the Special Award and Committee Choice Award in the finals last month.

“This is a great international recognition for JSGM. We were very happy to win a gold award in the preliminary judging, and didn’t expect to also win the additional two awards in the finals ... we’re overwhelmed with happiness and surprise,” says JSGM founder and advisor Dr Norzalifa Zainal Abidin.

Dr Norzalifa – also a lecturer in Islamic and Malay arts, architecture and heritage, and indigenous communities, at the International Islamic University Malaysia – says: “First, we passed the preliminary rounds through the judges’ evaluation process, which is already an achievement in itself because we were competing among 60 participating countries, with 680 projects being evaluated.”

The international iCAN 2020 competition features inventors, innovators and creators from all over the world.

Dr Norzalifa and JSGM co-founder and chief executive officer Major Kalam Pie first heard about iCAN 2020 when its organiser Toronto International School of Innovation & Advanced Skills (TISIAS), emailed them, inviting them to participate. This is JSGM’s first time taking part and they submitted their entry in June.

All entries for the competition were submitted online due to the Covid-19 pandemic.

This win puts the initiative on the world map as it’s an internationally recognised competition and it also creates more awareness about the Orang Asli of Malaysia. 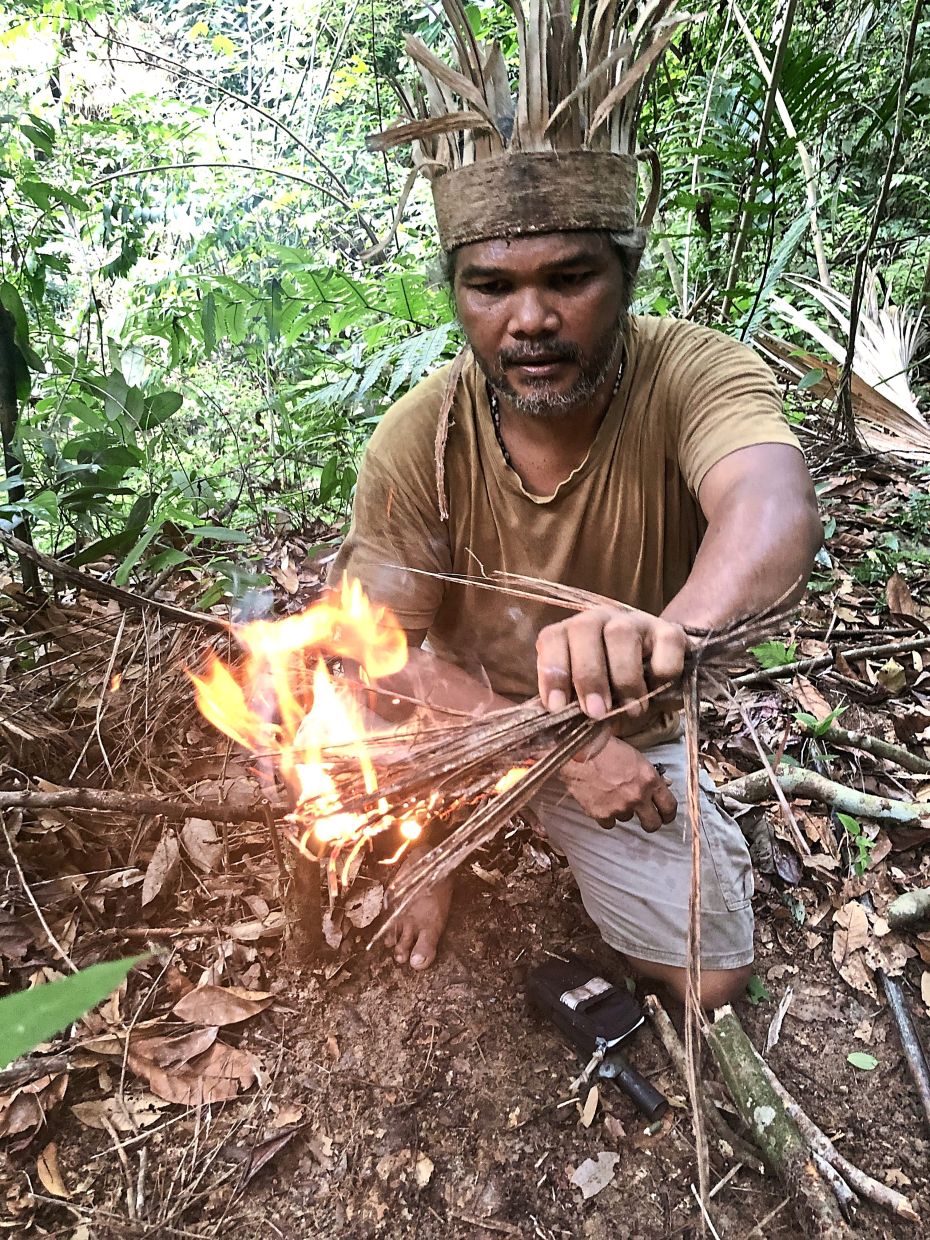 A Semai Orang Asli tribesman demonstrates how to safely build a fire to cook food, keep warm and scare away wild animals, as part of the jungle survival skills that visitors can learn at JSGM. Photo: The Star/Ming Teoh“It’s JSGM’s aim to elevate the unique and rich heritage of the indigenous people, namely, the Orang Asli, in Malaysia. And by having this recognition at a global and international level, we hope the beautiful cultural heritage of the Orang Asli in the country will be acknowledged worldwide,” Dr Norzalifa says.

“Having 38 world-renowned inventors as judges acknowledging JSGM’s efforts in empowering the Orang Asli and elevating their unique sustainable value is a great world-benchmark,” she adds.

It all started out as a family project to help Orang Asli families in Gombak, reveals Dr Norzalifa, who is married to Major Kalam.

They began with the elderly members of the Orang Asli communities in Gombak where there are 10 indigenous tribes living together harmoniously. The elderly in the communities have expressed that their cultural heritage was dying, especially among the young people.

But the personal project soon became their life calling when the couple saw the need of the Orang Asli families living in the area.

In 2014, the pair decided to set up JSGM to promote the life skills and talents of the Orang Asli to Malaysians and also internationally.

JSGM helps indigenous families in Malaysia by empowering the Orang Asli to share their expertise and showcase their talents and life skills.

Through JSGM – which uses the Malaysian tropical rainforest as its venue – Orang Asli families can offer their skills as master craftsmen and weavers, as well as jungle experts. They can demonstrate their indigenous craftwork, sell their weaving products, offer educational jungle treks, teach jungle survival skills and more.

This has helped to improve their social economy and also elevates their income for their families.

“We aim to help empower and nurture Orang Asli families to become more confident in sharing their skills and at the same time earn a living. When the younger Orang Asli assist the elderly, they can also earn an income, and this helps elevate their confidence and self esteem,” Dr Norzalifa says.

“There are numerous efforts from many stakeholders to tackle Orang Asli's issues in Malaysia, but only a handful are sustainable, and JSGM's effort is one of the sustainable ones. With this recognition, we hope for more collaborative efforts from both government and non-government stakeholders which will benefit the Orang Asli in the long term,” she concludes.
Article type: metered
User Type: anonymous web
User Status:
Campaign ID: 1
Cxense type: free
User access status: 3 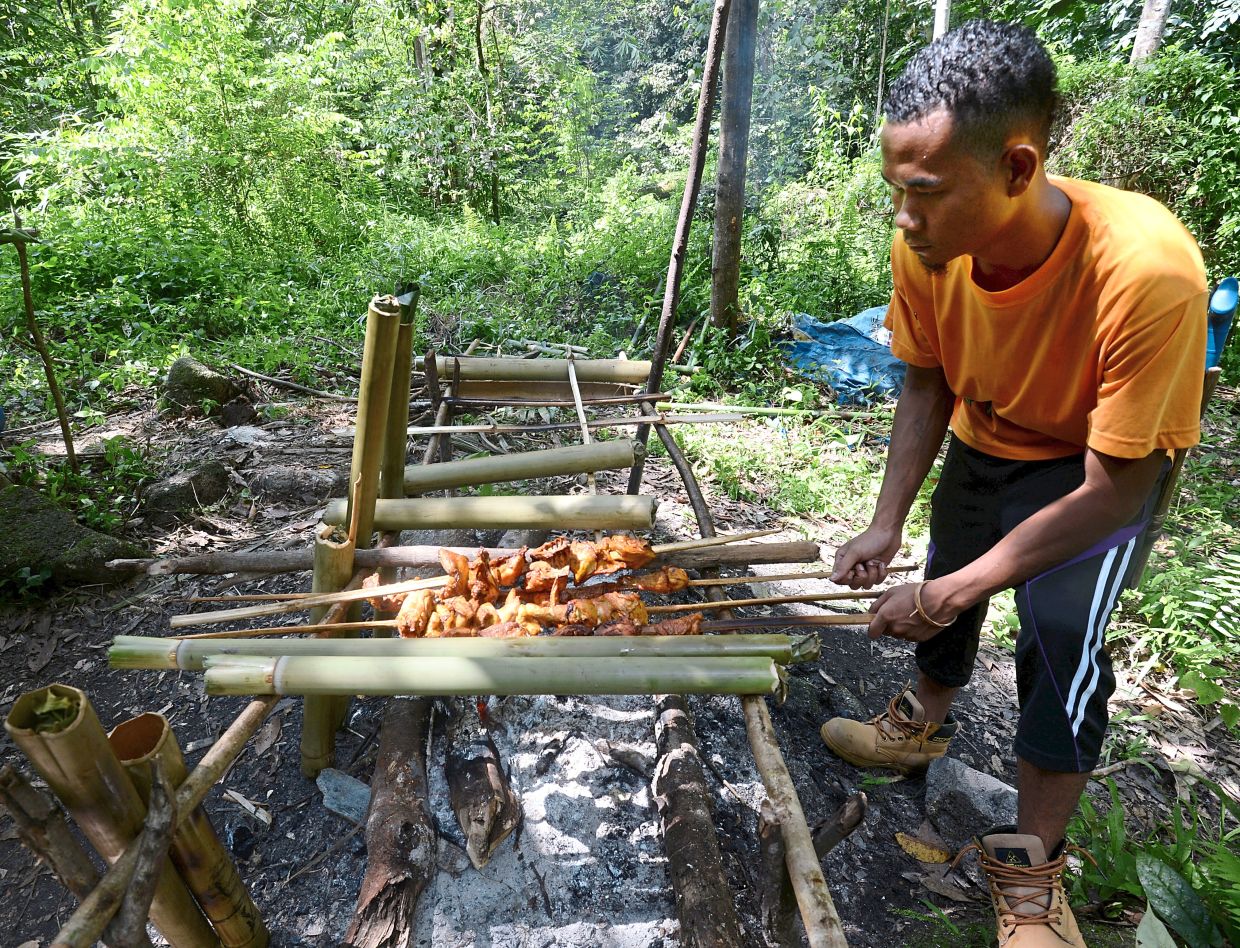 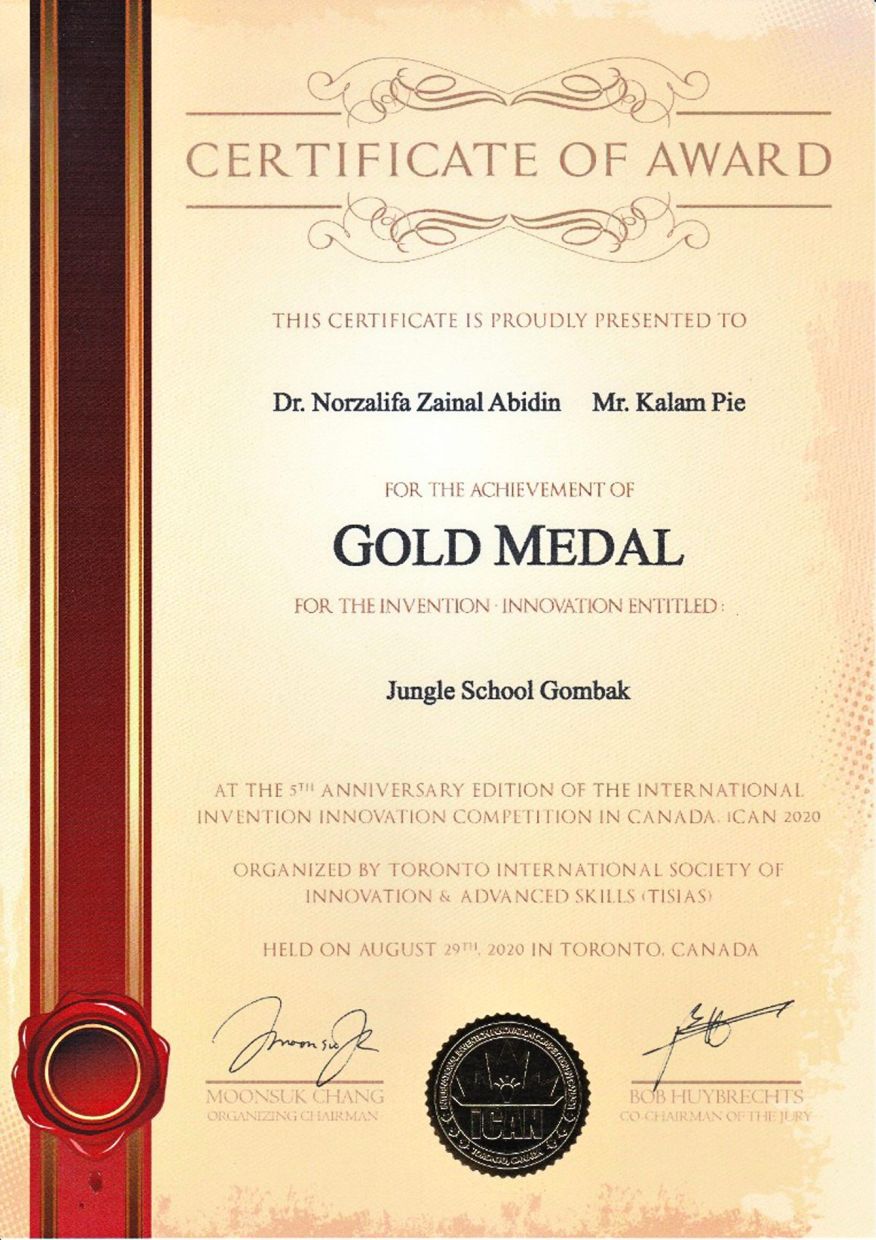 JSGM - which uses the Malaysian rainforest as its venue - enables the Orang Asli to showcase their jungle skills and earn an income at the same time. Photo: The Star/SS Kanesan

A Semai Orang Asli tribesman demonstrates how to safely build a fire to cook food, keep warm and scare away wild animals, as part of the jungle survival skills that visitors can learn at JSGM. Photo: The Star/Ming Teoh

Major Kalam Pie, co-founder and ceo of the Jungle School Gombak in Kuala Lumpur pointing out the different plants in the forest and their uses. Photo: The Star/SS Kanesan

Teamwork is everything: What started out as a family project to help the Orang Asli, became a lifelong calling for Dr Norzalifa and Major Kalam. Photo: Facebook/Dr Norzalifa Zainal Abidin