Aramis is part of a herd of goats that chew through invasive species in the Silver Woods neighbourhood in Orlando, Florida, the United States.

When residents of the Silver Woods subdivision near Windermere in Florida, the United States, decided to get rid of Brazilian pepper and other non-native plants invading community grounds, eradication options were limited.

Chemicals were out because of the environmental fragility of the nearby Butler Chain of Lakes. Mowing would cut down plants but spread the invasive species’ seeds.

That’s when Sparkles, Jingle and their buds butted in.

The rental goats, part of a hungry herd owned by Carol and Dave Etscovitz, can clear a quarter acre in a week or so and their specialised stomachs sterilise seeds.

“It’s one of the super powers of goats, ” said Tammy Dunakin, founder of Rent-A-Ruminant, which leases ground-clearing goats in several states, including Florida.

She said goats devour prickly brush and weeds, and their agility helps them navigate tricky slopes and go other places people and machines can’t. 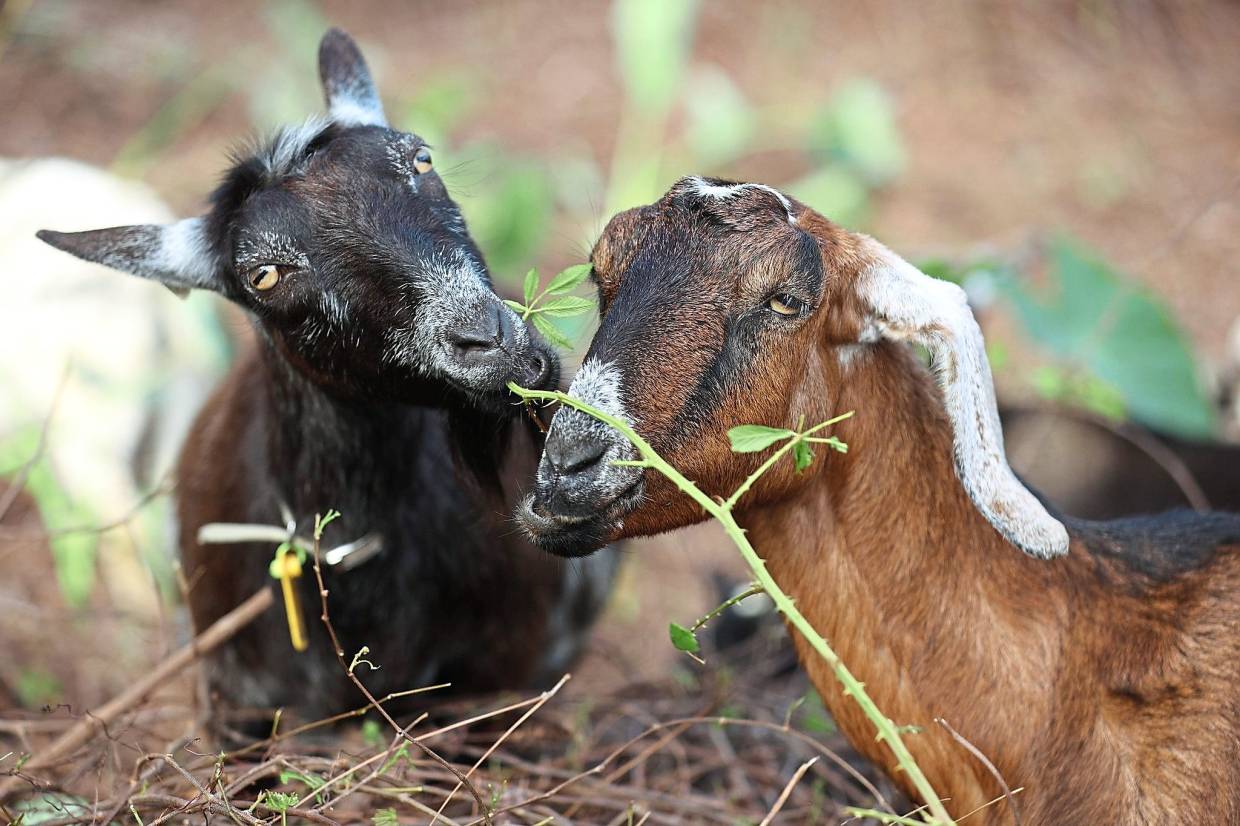 Goats hired to be weed-eaters to clear out an area filled with invasive plant species.

The goat promoters see an opportunity to make hay with their herds as more communities opt to care for land with fewer chemicals or fossil-fueled machines.

The Silver Woods’ one-acre (0.4ha) job is the second for the Etscovitz’ hoofed crew, which was hired last year to mow down an overgrown reservoir near a Titusville school.

Gas-powered mowers wouldn’t work near the school site because the property was wet and dotted with gopher-tortoise burrows.

According to the Wall Street Journal, Internet rivals Google Inc and Yahoo Inc have hired goats to clear weedy grounds around their Northern California headquarters.

The paper also reported nannies and billies have been deployed at the US Naval Base Kitsap Bangor in Silverdale, Washington, to eat scotch broom plants.

Last May, a small herd was hired to weed-eat at Manhattan’s Riverside Park.

Like deer, giraffe and sheep, goats are ungulates – hooved mammals – that spend their lives chewing, regurgitating and re-chewing grasses and other plants.

Silver Woods, a neighbourhood of about 300 homes about 24km southwest of Orlando, hired the Etscovitz herd last month.

The goats have become a neighbourhood curiosity, munching on wild taro, grapevine and Dioscorea bulbifera, better known as air potato.

The goat-owning couple, northeastern transplants, stay in a trailer on vacant Silver Woods’ property while their kids eat their way through a work day.

She and her husband installed fencing around the property to keep the goats from wandering away.

They also fenced off azaleas, oleanders and rhododendrons, which are toxic to the animals. 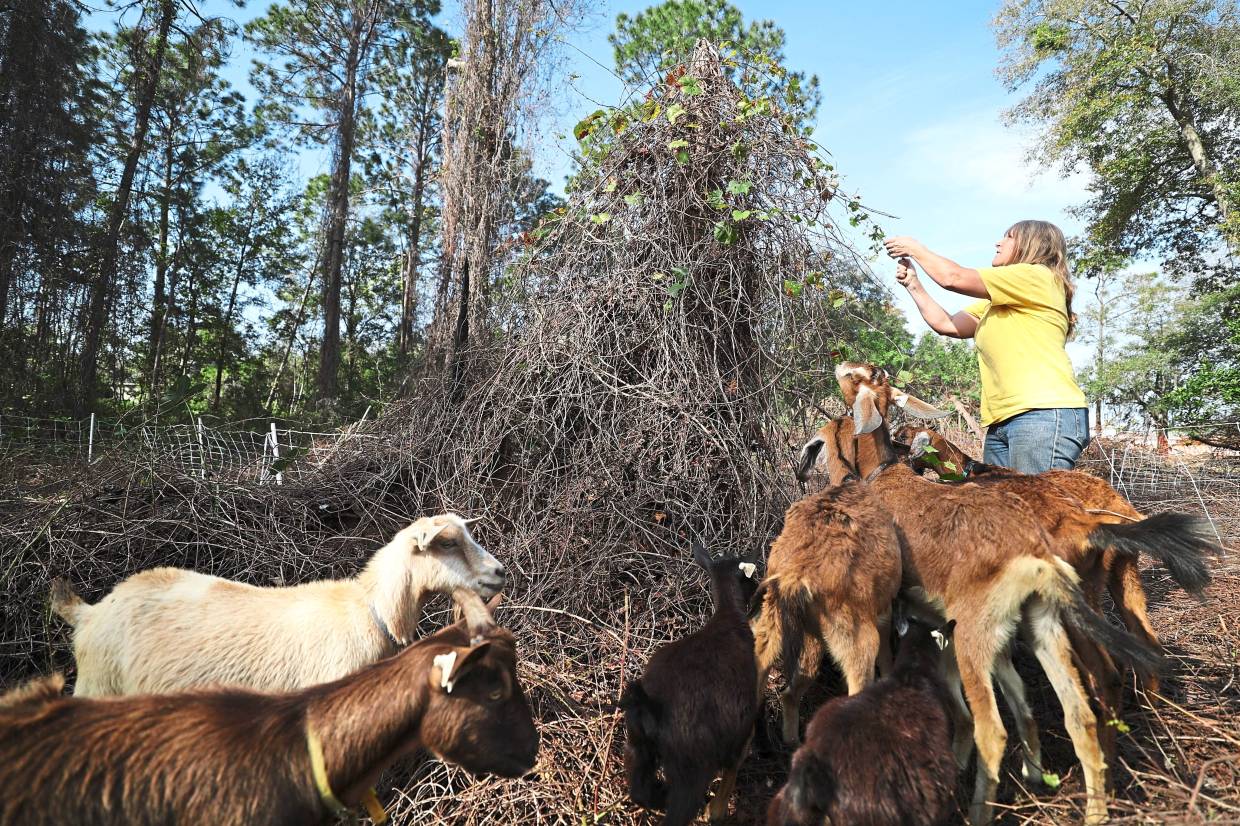 Carol Etscovitz bringing down some grape and potato vines for her herd of goats to eat.

The goats offered a solution to pesky invasive plants that is both environmentally friendly and economical, said Zachary Capps, homeowners president in Silver Woods.

He declined to quote Rent-A-Ruminant’s fee but said it was 30% cheaper than chemicals and much safer for Lake Blanche and other water bodies in the Butler chain.

“We knew we had lots of stuff growing in there that didn’t seem like it was from here, ” Capps said. “We just hoped people wouldn’t think we’re crazy.” – Tribune News Service/The Orlando Sentinel/Stephen Hudak