Domestic violence cases received by AWAM’s Telenita helpline increased immensely with the number of cases surging by 145.4% in 2020, and 161.7% in 2021. Photo: Freepik

The annual #16daysofactivism towards eliminating violence against women – which runs from Nov 25 (International Day for the Elimination of Violence Against Women) to Dec 10 (Human Rights Day) – is important as it not only highlights sexual and gender-based violence in society, but challenges the silence that surrounds it. It is important as global estimates by the World Health Organisation indicate that about one in three (or roughly 736 million) women worldwide have experienced physical and/or sexual violence in their lifetime. And, this figure has remained unchanged for the past decade.

But, while it is important to mark the #16daysof activism, it shouldn’t be a once in a year observation, says Women’s Aid Organisation (WAO) advocacy director Abinaya Dhivya Mohan.

“These 16 days are important as a global campaign because they build solidarity with movements and organisations working towards ending violence against women.

“However, the commitment towards eliminating gender-based violence can’t be for just 16 days, it has to be an all-year-long campaign because violence against women and girls happens all over the world daily,” says Abinaya. According to Tan, patriarchal attitudes that perpetuate gender-based violence remain deeply entrenched in society. Photo: AWAMAll Women’s Action Society (AWAM) information and communications officer Jernell Tan highlights that violence against women and girls has been a critical issue and remains one.

“It was not until 2021 that period spot checks and sexual harassment in our educational institutions received widespread national visibility. The Covid-19 pandemic, in less than two years, also significantly worsened the prevalence of gender-based violence experienced by women and girls,” says Tan.

“Surveys done by Women’s Aid Organisation reveal that significant numbers of Malaysians still endorse attitudes that excuse the perpetrator but hold women accountable for violence, and they disregard women’s basic right to consent,” she says.

“And while gender-based violence such as domestic violence, sexual harassment, rape and sexual assault have become a part of mainstream public discourse, limited progress has been made for issues such as raising the minimum age of marriage across all laws and ordinances to eradicate child marriage,” she adds.

Certain marginalised groups such as domestic workers, refugees as well as non-binary individuals also remain disproportionately vulnerable as victims of violence, with limited access to avenues of redress and support, due to social stigma, says Tan.

“IDEVAW and 16 Days of Activism is a crucial platform for activists to spread public awareness about the various forms of gender-based violence that impact women and girls, as well as actions that the public can take, especially in revising traditional gender roles and patriarchal attitudes, to eradicate it,” she says.

“It also serves as an important reminder for high-level stakeholders such as the government as well as public and private institutions to uphold their commitments to ensure the safety, security and dignity of women and girls, in any physical or digital space,” she adds. “When we talk of gender-based violence, the focus is mostly on the victims, and although that’s absolutely crucial, it’s equally important to acknowledge the role that offenders play,” she says.

In conjunction with IDEAVAW, WCC released a short film to highlight the important role that men play in helping to curb gender-based violence.

“The first thing that men need to understand is the power they have to change the situation, and men need to take a stand of zero tolerance against sexual violence against women,” says Lai.

“And this is not just in their behaviour towards women but also towards other men. When we talk about violence against women, the message received is ‘don’t abuse women’, but more than that, it’s about whether you’ll speak up when your buddy is making sexually offensive comments about women’s bodies,” she highlights.

According to Lai, most men would hesitate to do so because they don’t wish to disrupt the status quo, and also, they might be ostracised. But, ending toxic male culture is necessary to curb gender-based violence, she says.

“Like racism, it’s important that advocacy works from the inside as well as the outside. Women are only half of the equation and men need to speak up and be aware of their power to help make the situation right. Otherwise, it’ll just appear as if it’s ‘just a women’s issue’, which isn’t true at all,” she adds.

“Men have a huge role to play and a big part of it is in changing the culture of our society, we must all fight violence against women together. For this, men must first understand the inequalities faced by women and see women as equals,” says Abinaya.

“It’s so important for men to be able to set a good example, and call out or correct other men who they see are perpetrators of violence or harassment,” she says.

“They also need to be a safe space for survivors of violence – both women and men – to be able to share and confide in, without judgement,” she adds. 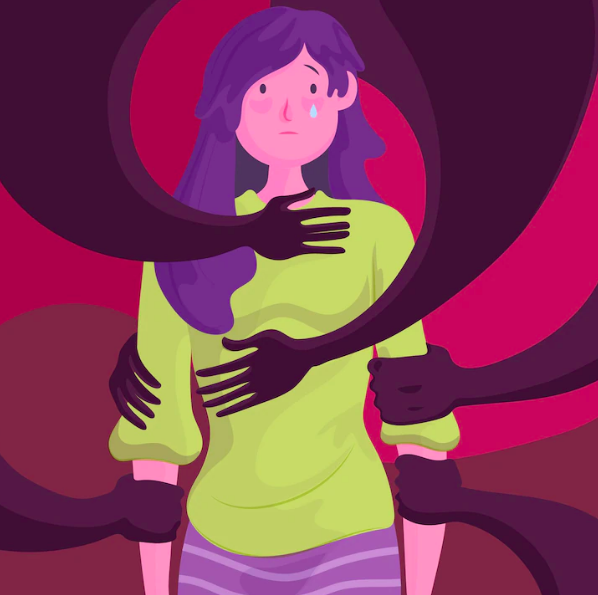 There is huge psychological and emotional trauma when it comes to voicing out against your abuser, especially if there is an imbalance in power dynamics.Photo: FreepikLai believes that short films are a great way to reach wider audiences because they’re able to touch people’s emotion and this helps to create impact.

They are also viral and very easy to disseminate online, hence a great way to reach the masses.

The short film titled GOL! features a typical Malaysian activity – lepaking (hanging out) at the mamak stall to watch the World Cup on a large screen TV – and is available for viewing at WCC’s social media.

“Films can deliver the message without being preachy, it would be more effective than someone standing there telling people what to do and not to do,” says Lai.

Hollywood has also released She Said, a film which premiered in Malaysia a day before IDEAVAW, based on a true story of how two New York Times journalists published an article exposing sexual abuse allegations against powerful producer Harvey Weinstein, which sparked off the #MeToo movement.

“This is an important impact film that everyone should watch because it highlights realistically the challenges faced by survivors who speak up,” says Abinaya.

“A film such as this helps people understand how deeply abuse can affect survivors and how we can support them should they choose to speak up,” she says. IDEVAW and 16 Days of Activism is a crucial platform for activists to spread awareness about the forms of gender-based violence that impact women and girls, as well as actions that the public can take. Photo: FreepikAnother major advocacy tool is social media, which was widely used during the pandemic and is still increasingly popular at the endemic stage.

“Digital content on women’s and children’s issues – from domestic violence, to child sexual abuse, to parenting, to mental health, and others – are educational and help create awareness to the public,” says Lai, adding that WCC has produced digital posters on these topics on their social media (Facebook and Instagram).

“They deliver useful, practical, and digestible messages to the public,” she adds, saying that WCC produces digital posters in multiple and vernacular languages, including Mandarin and Tamil, so that they can reach a wider community.

“It’s important that advocacy covers digital spaces because those are the sites of the increasing number of cases of sexual harassment and violence against women – they happen online,” says Lai.

“Film and social media remain in perpetuality - they continue their impact years later and whenever people access it,” she says.

Having said all that, Lai stresses that this doesn’t lessen the importance of traditional methods of advocacy such as talks, roadshows, and other on-the-ground events.

“Such on-the-ground advocacy tools have their place. They have the human touch and might appeal to the older generation who might not be as digitally literate, and who might prefer to talk to an advocacy officer or receive a hard copy of the poster,” she notes.

“So, it’s important to cater to all generations, and both modern/digital and traditional advocacy tools have their own place,” says Lai. 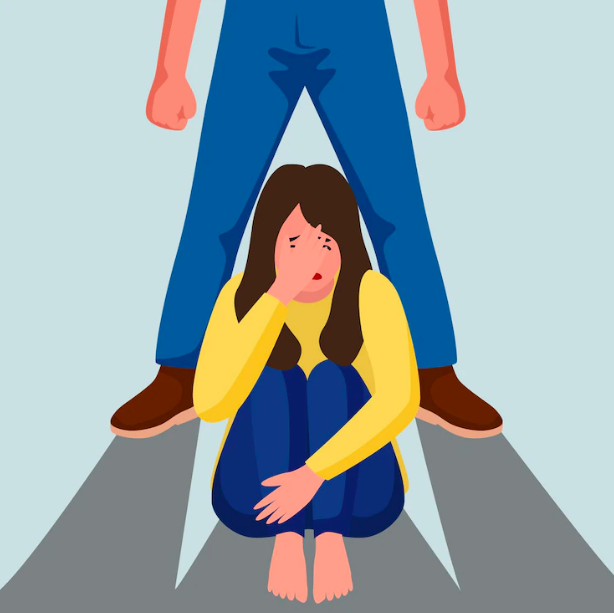 During the 16 days of activism, governments and women's groups all over the world unite in their cause to eliminate gender-based violence. Photo: FreepikCall to action

During these 16 days of activism, governments and women's groups all over the world unite in their cause to eliminate gender-based violence.

In Penang, WCC is part of the #PenangGoesOrange campaign headed by the Penang State Government and Penang Women’s Development Corporation (PWDC). There are physical roadshows and talks (in collaboration with aduns/members of parliament) to the public on eliminating gender-based violence.

Meanwhile, WAO in Kuala Lumpur will also be producing a short film in collaboration with the Canadian High Commission on the views of women human rights activists and what can be done to make their lives easier.

This year’s focus will be on “laws in the lurch” such as the sexual harassment and anti-stalking laws, to update the public on the status of those laws.

AWAM’s campaign will be online focused with infographics on topics related to gender-based violence, including personal statements by activists; challenging traditional gender roles, gender stereotypes and patriarchal attitudes that perpetuate gender-based violence; relatable issues such as how to navigate through dating apps and what to do when people make rape jokes; less known facts about gender-based violence such as child grooming and effects of domestic violence on children. Don’t be afraid to speak up on issues related to gender-based violence, and know where to find help and support for your friends or yourself, says Abinaya. Photo: WAOBesides sharing about the campaign on social media, Abinaya encourages members of the public to support the movement by learning more about violence against women and understanding its reality.

“Read and research about gender-based violence, volunteer with women’s organisations, and be there for friends who may be experiencing it,” she says.

“Don’t be afraid to speak up on issues related to gender-based violence, and know where to find help and support for your friends or yourself, when necessary,” she adds.

“Also, now that we have an Anti-Sexual Harassment Bill, it’s good for the public to learn more on what their rights are within the bill and also about the practices in place within their organisations or in public institutions that support the law,” says Abinaya.

Members of the public are encouraged to viral the cause to help eliminate violence against women.

“Spread the message, share the campaign posters and videos, open up spaces for conversations and discussions among your family, friends and workplaces,” says Lai.

She encourages social media influencers who are keen to approach WCC to collaborate to create content that is meaningful and sends the right message about eliminating gender-based violence.

Women’s groups are non-profit organisations and members of the public are encouraged to support them, whether by volunteering their services or donating funds to carry out the work.