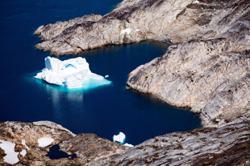 Award-winning ice and snow sculptor John Yong is passing on his skill and expertise to his daughter.

Radio, television and film production undergraduate Elizabeth Yong-Li, 20, is a chip off the (ice) block.

Her father John Yong, 54, is an award-winning veteran ice and snow carver who has represented Malaysia in many competitions, mostly abroad. (From left) Yong, Elizabeth and Mohd Hafis Zulbahari were the three members of the Malaysian team at the 2019 ISSC Japan Cup that won the Chairman’s prize.

The other two members were her dad, who was the team leader, and Mohd Hafis Zulbahari.

Taking part in the competition was a dream came true for Elizabeth.

“I was very excited because previously, I would just observe how my dad chipped away at a block of ice, ” she said.

“There was no time to practise for the Nayoro competition. My father just explained the competition sculpture concept to me and gave me on-the-spot guidance, ” she shared.

Growing up, Elizabeth would tag along with her dad to his workplace.

“Of course, she would be at the sidelines, watching me as I chiselled away and carved the ice blocks, ” said Yong, a lecturer in 3D sculpting.

It was from there that her interest and love for this artistic skill grew. This snow sculpture of two cultures being one won the Nayoro Sightseeing and Town Planning Association Executive Chairman Prize at the 2019 ISSC Japan Cup.

From the age of five, she was my assistant, happily lending a hand whenever I needed help. As she grew older, I would let her put away excess ice blocks, ” recalled Yong, who is from Ampang, Selangor.

Elizabeth added that her father later taught her the step-by-step process of ice carving.

“I always wanted the chance to experience the fun of transforming an ice block into a sculpture. When he was carving his ice sculptures, he would demonstrate how to use the tools of the trade and let me try them. He would correct me when I was using them wrongly, ” she said.

For practice, Yong would let her use clay instead of ice to turn her design into 3D models.

“Clay is a safer material and can be used anytime, anywhere. It can also easily be shaped and reshaped, ” she said.

Other than ice and snow sculptures, Elizabeth has also tried her hand in carving with other media.

She said: “I tried portrait sculpting with clay before but it didn’t turn out well. I would need to practise more on the drawing

first and will try again at another time.”

Currently, she is pursuing her degree at Shih Hsin University in Taipei, Taiwan, and will be graduating mid-2022.

She is actively involved in her university’s co-curricular activities, which take up most of her time. Elizabeth in action at the 2019 ISSC Japan Cup in Nayoro.She is a member of the Drama Club, Overseas Chinese Students Club and Chinese Orchestra Club.

The eldest child, she has two younger sisters – Nadia, 14, and Edelia, nine.

Without a doubt, Elizabeth is a big fan of her father, who is also well-versed in carving other media such as butter, wood, wax, polystyrene foam, sand, clay, sugar, fruit, vegetable and chocolate.

She remains inspired by her father’s advice and encouragement.

“He believes that self-improvement is the most precious reward in every competition and even in life.

“He always tells me that results do not matter and that one should do one’s best and never give up easily!” she said.