Using sand as a medium to entertain and tell stories is a legacy this father is passing on to his two children. Photos: The Star/Izzrafiq Alias

When we think of sand, our minds naturally drift towards the beach.

However, for sand artist Bee Ghee Leng, it is part of his “rice” bowl and a medium for his passion. His acts are well-received that he and his daughter Xiang Zi, or Little Bee, were invited to perform at the media conference to promote Donnie Yen’s Ip Man 4 movie, where Yen was present, in Kuala Lumpur last month.

But what exactly is sand art performance? It’s using sand to create a series of visuals to tell a story. On a custom-made light box, Bee would sprinkle sand and move it around with his fingers to form an image or scene.

To change a scene, he would quickly sweep away the sand before adding a fresh batch to create the next artwork. He has to work fast with his hands to ensure a smooth transition of the visuals or “storyboard”.

However, the audience does not see him physically working on his art. Rather, only his artwork comes alive on a projected screen. The 42-year-old former hairstylist from Klang is a self-taught sand artist. He was inspired to become one after watching a sand art presentation on television.

“I saw an international Chinese sand artist perform and was impressed by his talent. I was eager to learn, ” he said, adding that at that time, he did not know of any sand art performer in Malaysia.

“I watched YouTube tutorials on sand art to learn the tricks of the trade. It took me three months before I could create a good piece of artwork.”

One of his earliest creations was a piece inspired by Titanic, the 1997 American epic romance and disaster film. As his popularity increased, he found it challenging to cope with the avalanche of requests. To date, he has performed in Asia as well as in Australia, New Zealand and Sweden.

To the audience, what Bee does may seem effortless, but he begs to differ.

“It is not as easy as you think, ” he insisted, saying it takes a lot of practice. “My performances are very short, five minutes each max, and I have to incorporate 10 to 12 scenes depending on how fast the scene changes, ” he added.

Either way, it is quite amazing to see the changes as the theme or story progresses.

“Composition aside, the (beach) sand used is very fine and one has to have good hand control. That takes time to master. The artwork must also synchronise with the right music to hit it off and make an impression, ” he explained.

Bee’s initial ambition was to become a comic book artist. “We have good genes for art. My father can draw very well too, ” said the former student of Hin Hua High School in Klang, Selangor.

“As a youngster, I did a lot of drawings but my father was not pleased that I wanted to pursue a career in it. He doubted I could earn money from drawing, ” said Bee, who stopped school after Form 3. Disheartened by his father’s remarks, he gave up his dream and found work in a popular hair salon in Kuala Lumpur. He started as a shampoo boy and worked his way up to hairstylist.

“I would observe how the hairstylists do their work and then practise. On my off days, I would cut hair for my friends. After three months, I was able to do a good haircut, ” he recalled.

One day, he showed his boss what he could do and was given the chance to start as an apprentice hairstylist. He stayed on the job for 12 years.

But even though he could earn a living as a hairstylist, he never gave up his love for drawing.

With his focus on sand art, his wife Chris Ang, 41, has taken over the hair salon business that was managed by Bee.

“On request, I still cut hair for some customers, ” he said.

Bee started off as a solo performer but soon taught his daughter the art when she showed an interest in it. “When Little Bee was six, she loved to draw Hello Kitty and Disney princesses. She would watch me perform and ask for some sand to play too, ” he said.

By the time she was eight, she had honed her sand art skills. She took part in talent contests and won two prizes, in school and in a public talent competition. At the age of 10, Xiang Zi went for art classes, taking lessons for two years. A sand artist has to work very fast with his or her hands to ensure a smooth transition of visuals during a performance.

Confident that she was ready for public performances, Bee then roped her in to help with some solo engagements. “I took three months to practise before my first show, ” said Xiang Zi, 14.

Now, the international school student can handle a show alone, thanks to her father’s guidance. She said that a steady hand is important and one should also be deft with the hands “to chase the music”. Most importantly, it is her father’s confidence in her that has nurtured her skill and talent.

Festive seasons and special occasions like Merdeka Day, Christmas and Chinese New Year are busy periods for the father-daughter team as companies would engage them to perform at various events.

“We feel proud when the audience applauds and gives feedback on our performance, ” said Bee.

When he has time, Bee would travel or watch movies to get new ideas for his shows. His son Zhi Xuan, 10, has been the new sand art performer in Xiang Zi’s former school in Klang for two years now.

It wouldn’t come as a surprise if he, too, soon joins hands with his father and sister in the sand art arena. 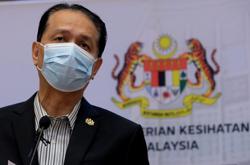