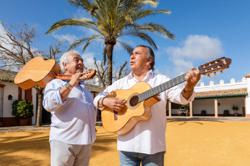 Rookies they may be, Ciipher’s name was already familiar to many K-pop fans thanks to their producer Jung Ji-hoon, also known as singer Rain, who has been earnestly promoting the group ahead of their debut last month. While Rain definitely has their back, the members promised of various hidden charms and talents for fans to decrypt.

Comprising seven members – Hyunbin, Tan, Hwi, Keita, Tag, Dohwan and Won – Ciipher debuted on March 15 with their EP I Like You (An Ggyulyeo) as the first boy band launched under Rain Company.

“Debuting after a long time of training, it feels unrealistic that we’ve finally unveiled ourselves to the public. I’m looking forward to discovering how we will evolve and grow in the future, ” Keita, the group’s Japanese member said during an interview with the Korea Herald earlier this month.

Like Keita’s words, although a brand new group, the members have all been through fairly long time of training ahead of their debut – member Tan spending the longest among the seven of nine years as a trainee, exempt for two years of military service. Some of them, including Keita and Dohwan who were previously affiliated to YG Entertainment, have taken part in TV survival shows.

While the long wait might have been a time of struggle, the talents honed then is what differentiates Ciipher in the competitive K-pop scene.

“Our music is our biggest strength. Three of the members are rappers and we write and compose songs as well, ” Tag said. Tag, along with Keita and Won are the group’s rappers.

Leader Hyunbin said, “The three all pursue different styles of music, and when put together, they create a new genre. Keita is good with making the beats, while Tag and Won are talented in writing melody lines and lyrics.”

Tag and Keita penned the lyrics for the main track I Like You (An Ggulyeo) whereas Tag also took part in the song’s composition. In fact, all the songs on the five-track EP have input from Hyunbin, Tag or Won.

Lead song I Like You sings the heart of a boy who’ve fallen in love and wants to appeal himself to his crush.

Tag said, “I was thinking about songs in the studio and the melody just popped into my mind. I recorded it and played it to the producers who suggested we develop the song. So, Keita and I worked together to complete it.”

About the title track, the group’s main vocal Dohwan said, “it’s the most addictive among the album’s five tracks, ” adding another song Solo was also weighed as an option.

The group was formed around six months ago, after the song was completed. Rather than defining themselves with a single storyline or concept, as most other K-pop acts do, Ciipher plan to show the group’s versatility according to the music they do.

“Rain picked us out one by one after hearing Tag’s music. He told us that he hopes we can deliver positive, fresh energy, especially as we are debuting in a difficult time like now, ” Hyunbin explained, referring to the pandemic that has been slowing down most parts of society since last year.

The members say Rain is more like a father than a producer to them. Their first performance on TV was with Rain during the KBS show Immortal Songs 2 in February.

“He always gives us feedback on almost everything we do, sharing videos and news articles about us and complimenting us, ” Hyunbin said.

The team’s main dancer Hwi said, “Rain stressed humbleness and teamwork are the most important values as we pursue this career – to always look out for staff members working for and around us, and to stick together whatever happens.” – By Choi Ji-won/The Korea Herald/Asia News Network

K-pop group Twice to perform on ‘The Kelly Clarkson Show’ 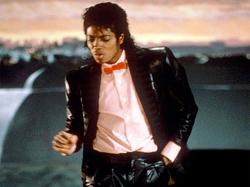