BTS is keeping itself busy with projects after projects.

The boyband announced on Tuesday (April 27) that it is releasing a new English single, calling it a "fun and upbeat summer song". Titled Butter, the single will drop on May 21, says its label Big Hit Music. The label also released a 15-second teaser video showing a heart-shaped butter with BTS logo melting.

That's not all. A chocolate inspired by BTS will be made available next month. According to Starfox Family, the company will release chocolates featuring “TinyTAN” characters of the seven members.

The company said in a statement that the chocolates are made “to deliver the message of good influence, dreams, hope, solace and healing”.

However, Malaysian ARMY will be disheartened to know that these specially made chocolates will only be sold in Japan and South Korea. 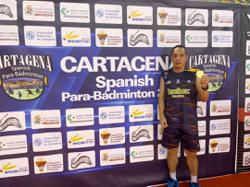