US television ratings for Sunday's reinvented Oscars ceremony plummeted to a new low, according to preliminary Nielsen data for a show that USA Today called "a train wreck" and the New York Times described as "a dead room".

The audience on Walt Disney Co's ABC broadcast network averaged 9.85 million, 58% below last year's final tally of 23.6 million viewers for the film industry's highest honors. Final numbers that include people who watched at bars and restaurants are expected to be released on Tuesday.

The slide reflects a trend among live awards shows during the coronavirus pandemic. TV audiences for September's Emmys and the Grammy Awards in March also drew their lowest audiences ever. Ratings for the Golden Globes in February fell 60% from a year earlier.

Hoping to draw viewers while adhering to pandemic safety measures, this year's producers tried a few new things. The awards were broadcast for the first time at a historic train station in downtown Los Angeles in a more intimate setting with only nominees and their guests.

With movie theatres closed for much of the past year, studios held back crowd-pleasing blockbusters. The films competing for Oscars were smaller movies watched mostly at home on streaming services. Even before the pandemic, TV audiences were dropping as viewers flocked to streaming and social media postings.

The show featured a historic best director win for Chloe Zhao, who became the second woman and first woman of color to take home that prize. Her film,"Nomadland," won best picture.

Instead of saving best picture for last, producers broke with custom and ended with best actor. The honor went to Anthony Hopkins, who was not in attendance, making for an abrupt ending.

Reactions from film and TV critics were harsh.

"The Oscars were a train wreck at the train station, an excruciatingly long, boring telecast that lacked the verve of so many movies we love," USA Today reviewer Kelly Lawler wrote.

"The trade-off - whether because of the smaller crowd, the social distancing, or the sound quality in the cavernous space - was what felt like a dead room, both acoustically and emotionally," the New York Times TV critic Mike Hale wrote.

Many noted that the show featured few clips from the nominated films.

"So there was a missed chance to tantalize viewers with actual footage of actors acting, of scores soaring, of 'Tenet''s visual effects inverting," Entertainment Weekly reviewer Darren Franich wrote.

Some praised the producers for shaking up traditions for a show that has been criticised as stale. Time magazine said the event was "more entertaining than the average pre-Covid Oscars." – Reuters 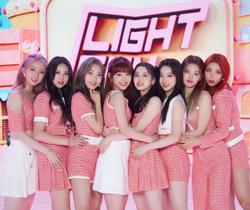 HK singer Karen Mok slammed by Chinese netizens for wearing Dolce & Gabbana
Forth Eorlingas! A LOTR anime movie on the 'War Of The Rohirrim' is in the works
K-pop group Red Velvet to return in August with new album
Rookie K-pop group Lightsum hopes to shine bright
Mamamoo’s Wheein leaves company, but band goes on
K-pop group Twice has a Taste Of Love in 10th EP
Are singers Fish Leong and Christine Fan no longer friends?
'She-Hulk' casts Jameela Jamil as Marvel villain Titania
The Kardashians (and Jenners) take a bow after 20 seasons of drama on TV
Vinyl records surge during pandemic, cassettes making a comeback