Actor Rege-Jean Page has been garnering a lot of attention thanks to 'Bridgerton'. Photo: Handout

Rege-Jean Page has nabbed a leading role in the film adaptation of Dungeons & Dragons, Variety has confirmed.

The fantasy adventure will be Page's follow-up to his breakout role in Netflix's Bridgerton, on which he causes hearts to flutter, corsets to loosen and generally monopolises the lusts and affections of a broad swath of Regency-era England as the Duke of Hastings, a slightly rakish, very rich and extremely eligible bachelor.

The show has been a water cooler sensation and was streamed on 82 million accounts, a record for Netflix.

This month, he was nominated for a Screen Actors Guild Award for his work on Bridgerton.

In Dungeons & Dragons, an adaptation of Hasbro's venerable game franchise, he joins a cast that includes Chris Pine, Michelle Rodriguez and Justice Smith.

Jonathan Goldstein and John Francis Daley, who previously partnered on the scripts for Spider-Man: Homecoming and Horrible Bosses, will direct and write the script based on a draft by Michael Gilio.

Dungeons & Dragons has been an institution for more than four decades, spawning video games, an animated television show, and a few movies of negligible quality.

Now, it's getting the major studio film treatment after a few false starts.

Page's other credits include a role on the ABC legal drama For the People, as well as supporting turns in Mortal Engines and Sylvie's Love. – Reuters 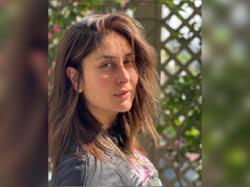