In Season Four, Sheldon has just finished high school and will be heading off to college. Photos: Handout

When the camera rolls on the set of Young Sheldon, 12-year-old actor Iain Armitage is transported to the early 1990s, where the sitcom is set.

He is whisked away into a world of cumbersome cassette tapes and slow, unreliable dial-up Internet connection (remember?).

“It’s like being blasted back in time through a time machine, ” he reflects on having this one-of-a-kind opportunity to experience being a kid in the 1990s and in 2020 via a video call with StarLifestyle.

Asked if there was anything he found difficult about life in the 1990s, the child actor responds: “I find it insane that you had to have those Walkman things with the headphones.

“I can’t imagine not being able to immediately stream music on your tablet or phone. It’s just so so different.”

He continues: “There are a lot of things on set like toys where I would go, ‘What’s that? What’s its purpose?’ And everyone else would be like ‘I used to have this. I used to be so good at this game’.” 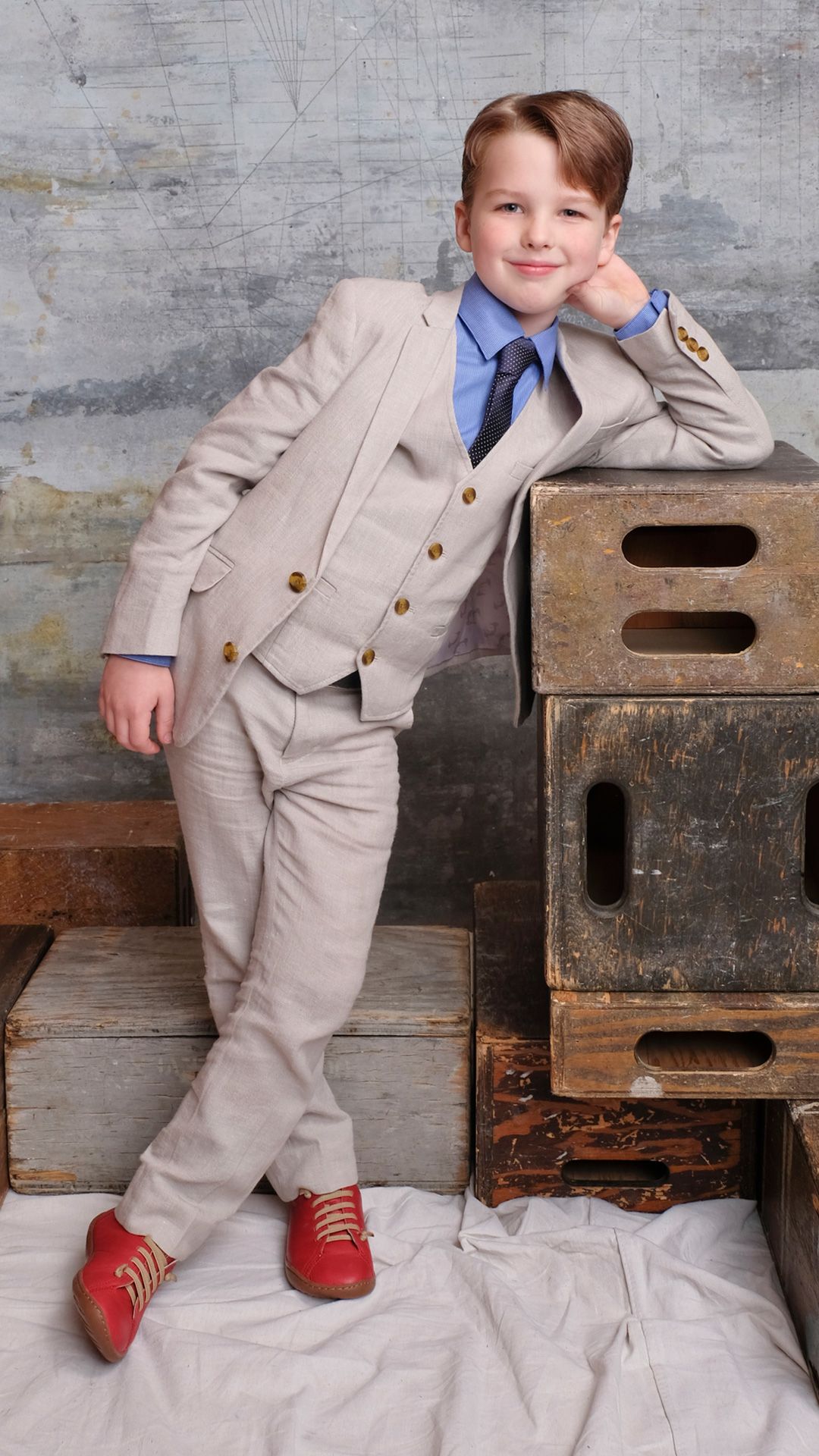 Young Sheldon is a prequel to The Big Bang Theory (TBBT). The eccentric, socially awkward Sheldon Cooper was such a popular character on TBBT when it aired for 12 seasons, spin-off Young Sheldon was born, chronicling the early life of the theoretical physicist.

Iain plays the nine-year-old boy genius who does exceptionally well at school but finds it hard to make friends.

“I’m nowhere near as smart as him, ” Iain says with a laugh. “I think we’re both a bit of a control freak. And we’re both very passionate about the things we love.

“For me, it’s acting and for Sheldon, it’s science, ” he talks about the similarities he shares with his character.

Iain also shares memorising the extensive factoids his character often spews can be a challenge.

“There was an episode where Sheldon volunteers as a docent in a train museum and I had to learn a bunch of stuff about trains. It was kind of insane, ” he recounts.

“Generally, with the science lines, I break them up into bits. Like if I have a big long paragraph, I’ll break it up into smaller parts and I’ll memorise them. Then I’ll just put it all together.

“But for some reason, with the train lines, my brain couldn’t keep track of them.”

Iain adds he has given up on trying to understand the complex scientific jargon his character say.

“I’ve tried before but some of the things he talks about are just so beyond by my comprehension. It’s like he’s speaking some alien dialect from across the galaxy, ” he lets on.

As a child actor, is Iain’s childhood experience a little different from his peers?

“Not really because I have a lot of friends (my age) who act. And I think it’s normal for me to be around other actors.

“Also on our set, it really just feels like one big family. Everyone’s so nice, ” says Iain, who has school for three hours a day when he’s filming.

In Season Four, Sheldon is now 11 and has just graduated high school. The prodigy will be off to college.

It’s a season of change not only on Young Sheldon, but in real life too, with the pandemic sweeping across the globe.

Iain offers some advice to kids going through the pandemic: “Staying sane is important. Take up a hobby like learning a new language.

“I’ve always wanted to learn Russian and over the pandemic, I’ve learned a lot of Russian.

“And I’ve always wanted to be able to draw really well. So now I’m starting to learn to draw. Find something that you can do to take your mind off, and that you can get very absorbed in.”

He recalls an advice Sheldon’s sister Missy (Raegan Revord) gives his character in Season Four when they were both approaching a daunting, uncertain phase in life.

“They’re talking in the bedroom about how they’re both scared to move forward. Missy is going to middle school and Sheldon is going to college.

“And she says, ‘I guess we just be scared and do it anyway’.”