The worst kept secret in Hollywood is out. On Dec 10, Disney officially announced that Tan Sri Michelle Yeoh will be starring in the Asian superhero flick, Shang-Chi And The Legend Of The Ten Rings opposite Simu Liu.

The Malaysian actress plays a character named Jiang Nan in the film and it will see her reunite with her Crazy Rich Asian co-star Awkwafina.

Back in August when Yeoh was asked if she was cast in the movie at a press event for Time100 Talks, the star simply replied: "It will come out when the time is right."

She did add that it is about time Asians get represented in a big way on the big screen.

“When that (movie) was announced last year and they introduced who they were doing as the Marvel superhero and it was an Asian superhero, it was like, ‘Yes, finally!’ When do we get to be represented like that?” Yeoh said at the Time event.

The 58-year-old took to Instagram on Dec 11 to confirm her role in Shang-Chi as well.

"Finally... it is official and Yes I am part of Shang-Chi, the first Asian superhero film...Thank you Marvel. Thank you to our wonderful producers, adorable cast and crew for keeping us safe and well during these difficult times. Thank you Sydney for the seamless preventive measures and social distancing rules

"It was a very special journey, amazing reunion with old friends, beautiful opportunity to make new ones and be so inspired by new young talents.

"Remember, Together we can and will do better and be stronger. I can’t wait to see all of you in the theatre soon." 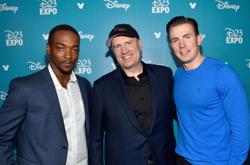 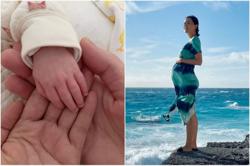