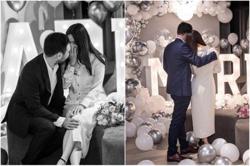 Exactly a year later, 8 Days caught up with the Singapore-based actor on his showbiz journey.

The 27-year-old starred in his first drama, Mediacorp's All Around You, which premiered on March 2.

Unfortunately, just as the budding actor was starting to make waves, the pandemic hit and threw a wrench into his subsequent acting projects.

Zhang, who quit his steady job at online marketplace Carousell to pursue acting, reflects on the unfortunate timing.

“All in all, I can only feel that I’ve been very lucky in spite of everything that has happened. I didn’t think so much about feeling unlucky ‘cause I can’t do anything about it and (COVID-19) wasn’t something that anyone expected."

"So we just have to deal with it. But fortunately, things have picked up quickly ever since I resumed work, and I really appreciate it.”

Zhang has since acted in a workplace drama, A Jungle Survivor, led by big-named stars Rebecca Lim and Pierre Png. He is now filming another Mediacorp drama, Slow Dancing, based on a popular Singaporean ebook.

Zhang also talks about how his life has changed since his Star Search win: "I also get recognised on the streets occasionally, sometimes even with my mask on. There was once... this young guy around my age, immediately asked, 'Are you Zhang Zetong?'

"I was shocked ‘cause I had my mask on and I was feeling very ‘protected’, but I said yes and thanked him for supporting Star Search."

He adds he has stopped drinking bubble tea and is abstaining from sugar as "keeping fit and maintaining your looks is part of the job" besides being better for his health.

"But maybe one day when my manager is not around, I will start drinking bubble tea again (laughs)."

See the celebs who voted at the US Election

Edmund Yeo's 'Malu' opening in Japan, but his films have never screened in Malaysia 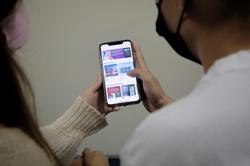 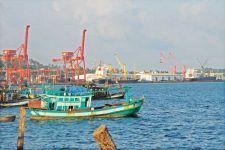