The series is about a woman who works in the same office as her husband and his mistress.

Imagine working in the same office as your husband and his mistress. We can't either.

But that's exactly the predicament career woman Na Jeong-seon (Jang Na-ra) finds herself in in the K-drama, VIP, which aired in Korea last year before landing on Netflix recently.

One night, just as Jeong-seon climbs into bed next to her husband and colleague Park Seong-joon (Lee Sang-yoon), she receives an anonymous text message. It simply reads,"Your husband's mistress is on your team."

Here's where it gets really sticky: the department is a close-knit one. Besides the husband-and-wife team, there are only three other women on their team.

Firstly, the independent, relationship-adverse Lee Hyeon-ah (Lee Jung-ah). Interestingly, she is a longtime friend to both the husband and the wife.

Next is Song Mi-na (Kwak Sun-young). She is an overworked mother of two who is desperately looking to get promoted. Mi-na sneaks off to have covert meetings with other department heads every now and then to discuss potential job opportunities.

Lastly, there's On Yu-ri (Pyo Ye-jin). Unlike the other women, Yu-ri has just joined the team. Oddly, Yu-ri, who grew up poor, suddenly went from working as a promoter in a supermarket to joining the corporate world.

The word on the street is she's the mistress of one of the higher-ups in the company. 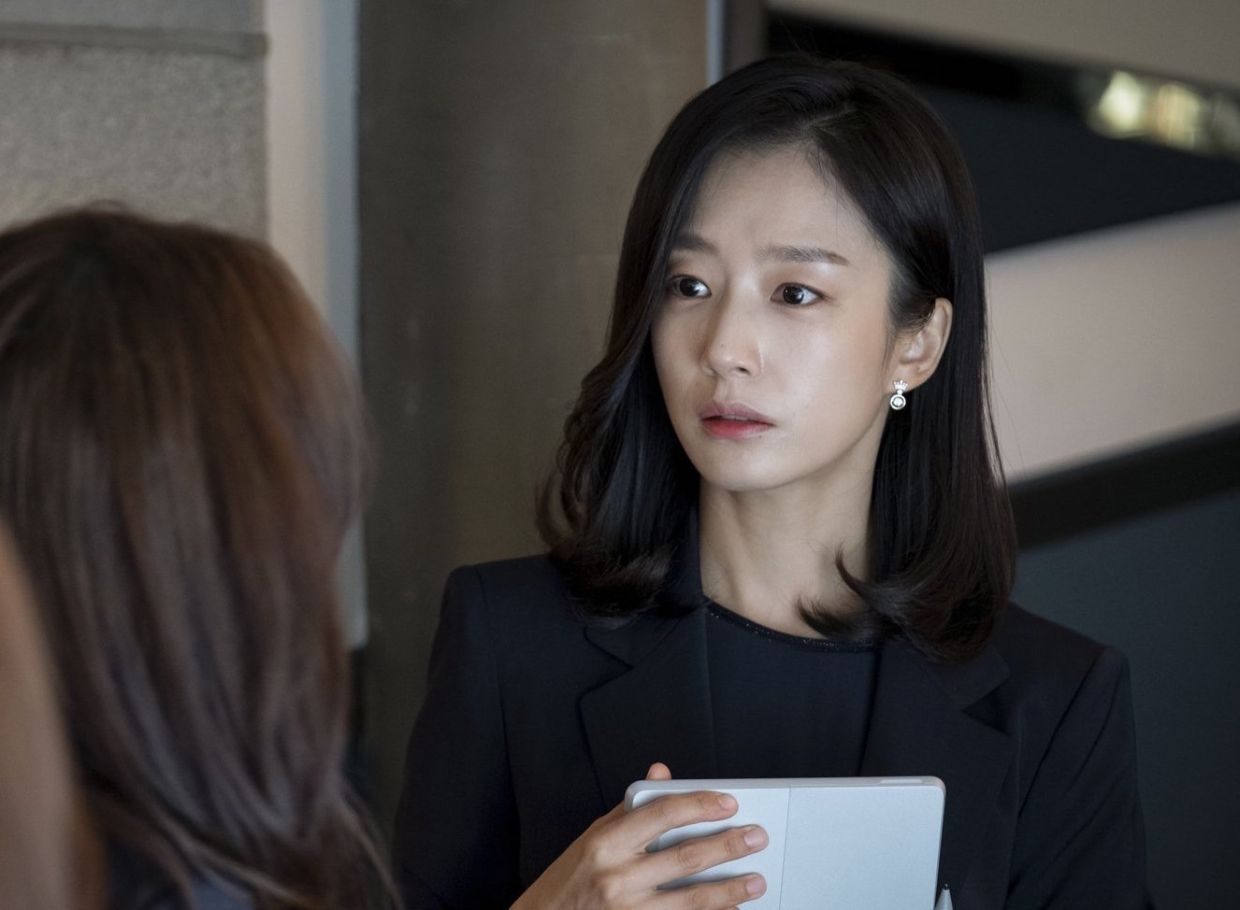 Could Mi-na, an overworked mother of two, be the mistress of Jeong-seon's husband?

When Jeong-seon goes to work the next day, she looks at each woman in a new light. She scrutinises their every move. She looks for clues in every bat of the eyelid, every toss of the hair.

As the episodes progresses, she learns that the women all have skeletons in the closet, they all have tea to spill. And the drama does a great job at maintaining a steady stream of it.

Being a newbie to K-dramas, where the running time is usually longer than most US series, even popular titles like Crash Landing On You felt draggy at times. But VIP never felt that way.

As there's a trail of breadcrumbs leading to each woman, Seong-joon's mistress could really be any of the three women and viewers can't help but join in on this addictive guessing game.

Besides getting to play detective, another exciting element of the drama is its refreshing setting. The characters are all employees at a luxury department store. They're in charge of serving the top 1% of the store's clients (hence the drama's title).

They cater to the whims and fancies of South Korea's elite class, from having to obtain a rare pair of shoes (only seven in the world) to helping them keep their extra-marital affairs hidden. Yes, more tea. In fact, more than halfway through the series, the pot is amazingly still full. Actress Jang Na-ra, known for playing bubbly characters, successfully pulls off the role of a scorned woman in 'VIP'.

Indeed, the show's foundation is built on thick, juicy slabs of gossip like these. It even borders on soap opera territory at the beginning. But then it becomes something more. A lot more.

Without giving too much away, what starts out as a witch hunt for Seong-joon's mistress becomes a study on the gap between the rich and the poor, sexism and yes, even the #MeToo movement. I was completely blown away by the depth and meaning presented here in the latter part of the show.

And it all happens so organically. It never feels forced, which makes the message even more powerful.

This is significant because while the #MeToo movement has exploded in the West - with the topic reflected in many TV shows, films and in song – it is still slowly gaining momentum in Asia.

Credit must also be given to the writers for including the part men play in the fight for women's equality, which gets left out at times.

VIP may come off a little frivolous at the start but truly, that is merely a vehicle to tell a bigger, timely story.

VIP is available on Netflix.