The 'Record Of Youth' star has joined the Navy, as part of his mandatory military service.

Fans of Park Bo-gum are definitely missing the South Korean actor since leaving to fulfil his mandatory military service on Aug 31,2020.

As such, Park was a sight for sore eyes when he was featured on a Navy recruitment video on Nov 2.

Clad in full Navy uniform, the 27-year-old began with a salute and introduced himself (translation by allkpop.com): "My name is Park Bo-gum, a Korean Navy private" before offering words of encouragement in the one minute-long video.

Park, who completed his six-week basic military training on Oct 8, is now serving as a cultural promotion soldier at the Navy.

He made his first public appearance since joining the military on Oct 28. Park was tasked with hosting a concert by the Navy, which was broadcast on YouTube.

When his co-host turned to him and asked how he was coping, he responded: "I completed my training and am now participating in my first official event on Jeju Island.

"Tonight is also the night of the Record Of Youth finale. I hope that people will tune in to the drama after enjoying tonight’s concert.”

Besides Record Of Youth, Park shot two more films Seo Bok and Wonderland prior to his enlistment.

The actor will complete his military service in April 2022. 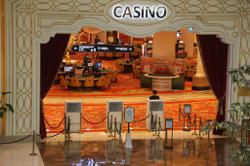