Blackpink (Lisa, Jisoo, Rose and Jennie) having a group hug on stage after its last leg of world tour. Photos: Netflix

Blackpink is turning up everywhere these days.

With its first full-length out on Oct 2 – titled The Album – the K-pop girl group has been dominating the music charts in both the East and the West.

In the United States, The Album debuted at No.2 on the Billboard Top 200 chart, and the slick music video for its single Lovesick Girls has gotten 164 million views at last count.

Since appearing on the K-pop scene in 2016, Blackpink has had several hit singles including Whistle, Kill This Love and Ddu-Du Ddu-Du. The South Korean act has collaborated with a number of big Western artistes like Dua Lipa on the single Kiss And Make Up, Lady Gaga on Sour Candy, Selena Gomez on Ice Cream and Cardi B for Bet U Wanna.

On Oct 14, the group’s four members – Jisoo, Rosé, Jennie and Lisa – became the subject matter of the Netflix documentary Blackpink: Light Up The Sky. Directed by Caroline Suh, the documentary looks at the members individually and as a group, also what it took for them to get to where they are today.

Suh described Light Up The Sky as a story about young people realising their dreams “through a lot of toil and some heartache.” She added in a Q&A shared by Netflix: “There’s a lot expected of them as idols, so I hope the film helps humanise them, so people can see them as actual people.”

During a virtual press conference held at Seoul, South Korea on Oct 13, Rose said all four of them were excited and nervous that so many people around the world were going to be watching a documentary focused on them.

Filmed in 2019 and early 2020, Light Up The Sky features interviews with Blackpink members, YG Entertainment’s top producer Teddy Park and the group's fans; archival footages and behind-the-scene of the girls performing at various locations around the world including at the prestigious Coachella music festival; home videos provided by the members showcasing them as children; clips from when all four were training to be idols as teenagers under YG Entertainment until they made their debut as Blackpink in 2016, to the global phenomenon they are today.

Jennie shared on why Blackpink was keen to do the documentary: “We always think of ways to get closer to our fans. And working with director Suh, we thought she was the right person to tell our story so we didn’t hesitate to open up to her.

“Making the documentary brought back a lot of memories, especially during our training period, which we ourselves have forgotten.

“Through this documentary, we want to share all the hard work, the glamorous moments, and the more authentic moments offstage that we really didn’t get to share with fans before.” Rose continued: “We got really honest for the documentary; it’s embarrassing but I did shed some tears. I hope the fans will like that part of me as well.”

While Lisa admitted that it was awkward to have a camera crew follow them 24/7 at one point, she said they got comfortable with a camera on them pretty quick thanks to Suh, allowing them to be more natural after a while.

Jisoo said: “By having these genuine and honest conversations, we got to know each other even better and realised just how much we mean to each other.”

Aged between 23 and 25, the four of them have different backgrounds. Jisoo grew up in Korea; Rose is a Korean who grew up in Australia and New Zealand; Seoul-born Jennie moved to New Zealand when she was eight; and Lisa is Thai. As seen in the documentary, they switch from Korean to English quite effortlessly when talking to each other. Lisa spoke in Thai during her interview portion in the documentary.

Jennie explained: “That’s what happens every day with us, we can speak in any language and still be able to understand each other. We are the world, literally.

She went on: “We each have different styles and different strengths, but I think we’ve learned how to bring that in harmony to the group and communicate with one another to achieve a common goal.” 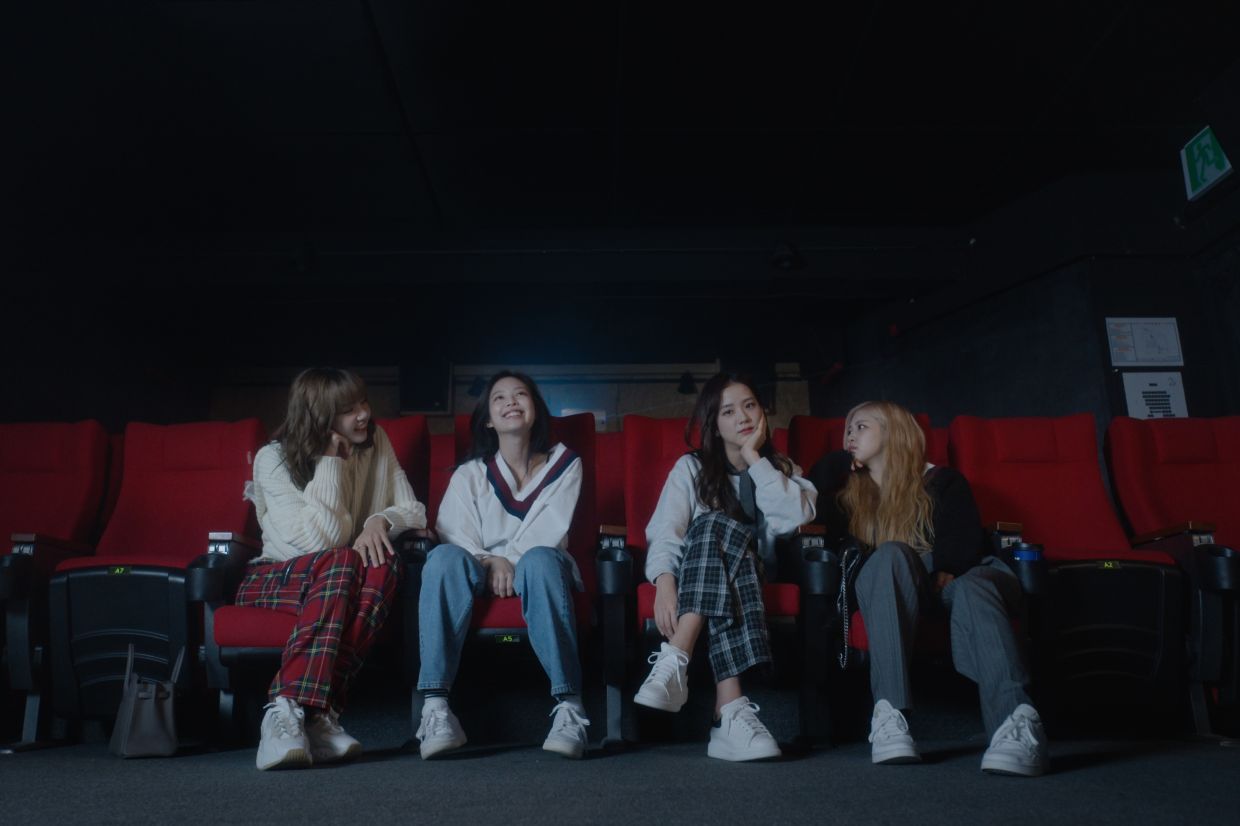 Since these four ladies have been together since they were teenagers to now in their 20s, there is no denying their closeness... almost like a family.

This relationship is what Suh wanted to focus on in the documentary, as well as how they've evolved over the years and what it took to find success.

Suh, video conferencing from New York, made this observation: “Their success is hard-won. They work really, really hard for it. All of them are strong-willed and fearless to go after their dreams.”

Jisoo confessed: “A lot of things have changed since our debut, but still what the four of us want, our path, and our objective remain unchanged.

“We just released our first official album, and we want to do our best with that. “Going forward, we want to continue to challenge ourselves, continue to think of new ways to show (the best of Blackpink) to the world.

“Music has now become an extended form of art, we want to be able to provide the best of that to all of our fans. This documentary is part of that.”