Selena Gomez and Blackpink know how to end the summer on a sweet note – by releasing their new single, Ice Cream, just before the United States’ Labour Day (Sept 7). The music video for the infectious candy-coated tune, which will appear on the K-pop group’s upcoming full-length album, was viewed close to 100 million times within 24 hours of its Aug 28 release on YouTube.

“It’s definitely a joyful thing. Being a part of it brought me joy,” Gomez, 28, says. “It’s hopefully what everybody else will get from it too. I just want people to feel good. I have a seven-year-old sister, and just to see her dancing to it – she hasn’t been able to go to school, and just seeing how much fun it can be, it was such a highlight.”

In addition to Ice Cream, Gomez hosts HBO Max’s Selena + Chef, a series in which she invites well-known culinary masters to teach her how to cook. The show is shot virtually, with Gomez in her kitchen and her guests, including Roy Choi, Jon Shook, Ludo Lefebvre and Nancy Silverton, giving lessons via remote video.

Gomez’s grandparents, who have been living with her during quarantine, make cameo appearances.

It’s kind of mutual because we’re at the same label but under different umbrellas.

I love Blackpink, and I’ve been obsessed with them. I was nervous because it is something that’s stepping out of my zone a little bit, but it was just the best time.

I have so much respect for them; their work ethic and how much they put into what they do is pretty remarkable. So kind of seeing the crossover has been really interesting at the same time for both of us. Each of us got to go into that world together.

Let’s talk about some of the lyrics. You sing, “I know that my heart is so cold, but I’m sweet for you. Come put me in a cone,” and, “You could double dip ‘cause I know you like me.”

(Laughs) I hate when people read out lyrics. It just sounds so different. Yes. I did say that. All right. So how do I approach that now?... It kind of goes into the theme of what the song is, but yes, it’s a little scandalous.

How did Selena + Chef come about? Were you planning on doing a cooking show, or was it something that happened because of the pandemic?

It was actually just during quarantine. I had just moved into my house, and I had this dream kitchen, and I just imagined making meals and doing all of that, but then I realised I only knew how to cook like five things.

What have you learned about yourself in quarantine?

It’s definitely the most time I’ve spent on my own probably since I was 16. At first it was super uncomfortable, more so because of the anxiety I was carrying because of everything that is happening.

I also feel like I got the opportunity to learn a lot about my country in ways that I never have before. I feel like I’ve gained a sense of knowledge and a sense of feeling good about saying what I’m saying, and I feel good about what I’m standing by, and I’m not going to let other opinions conduct what I feel personally. – Reuters 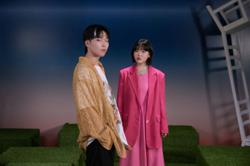