Jackson Lai (left) and Ashley Chu have had their contracts suspended by TVB after being caught cheating on their partners. Photos: Handout and Instagram

Last month, Ashley Chu and Jackson Lai were involved in a cheating scandal. The pair, who plays a couple in the upcoming drama Zombie, was caught driving to a remote location and sharing cake.

Both actors have now had their contracts suspended by TVB to quell public backlash.

Chu took a two-week hiatus after attending a press conference where she apologised for her actions. The actress, who recently completed filming for Legal Mavericks II and Zombie, was also asked to take a break from hosting variety show Scoop.

As her hiatus ended, Chu reportedly reached out to TVB to ask when she could resume her hosting activities. However, the station has no concrete plans for her return, according to Oriental Daily Hong Kong.

Lai, on the other hand, is focusing on his family first. The actor previously said that he would work to regain the trust of his wife, who is due to deliver their first child in June.

Going by TVB history, the pair is not likely to return to their careers any time soon.

Previously, TVB halted all of Jacqueline Wong’s work after the actress was involved in a cheating scandal with Andy Hui. The station also waited seven months before releasing a drama starring Wong.

As such, we can expect several months of lull for Chu and Lai until the scandal blows over. 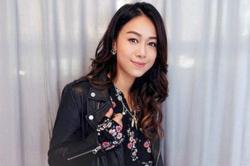