Some have slowed down on acting considerably, others are going strong. Find out what happened to 10 top Hong Kong TVB stars of the 1990s.

And we were there when a family of little means had their house smeared with red paint by loan sharks.

Seated on our sofas after a long day at school or at work, we were drawn to these colourful narratives brought to us by 1990s Hong Kong dramas.

There were a lot less viewing options back in the 1990s, without the advent of streaming services. So these dramas, which aired on many of our country’s free-to-air channels, formed a large part of our viewing experience.

Walk down memory lane as StarLifestyle counts down the top five iconic TVB shows of the 1990s here.

But first, all these vivid pictures wouldn’t be possible without the talented actors and actresses who painted them. We take a look at the top Hong Kong TV stars of the 1990s and find out what they’ve been up to in recent times.

Also read: 'Armed Reaction' and other iconic TVB shows of the 1990s Who can forget the plucky, gun-toting Ngor Jie that led the cast of cop drama Armed Reaction (1998)?

The popularity of Ngor Jie, a female sergeant serving in the Hong Kong Police Force, meant that female-driven stories weren't just important –there was a demand for them.

Steering the iconic role is the talented Esther Kwan. After acting in two of the four Armed Reaction instalments, Kwan passed the mantle to Ada Choi.

She went on to make a name for herself with other popular dramas like The Legendary Four Aces but Kwan decided to slow things down after the birth of her daughter with husband Nick Cheung in 2006.

Kwan, now 55, has rarely acted since then. Most notably in 2013, she starred in Always And Ever, a romance drama which reunited her with her Armed Reaction co-star Bobby Au-Yeung. Lawrence Ng gained the title “housewife killer” after playing the bespectacled Dr Paul Ching in the 1998 medical drama Healing Hands. And it’s no wonder, as he exuded a sense of wholesomeness and dependability, someone you would trust your life with, and of course, he was easy on the eyes to boot.

Since then, more “good guys” roles have followed, including two more instalments of Healing Hands and yet another turn as a doctor on 2013’s The Hippocratic Crush II.

But that wasn’t always the case. Way back when, Ng experimented with edgier characters like a promiscuous scholar in the Category III film, 1991’s Sex And Zen, and a corrupt lawyer in the 1994 film Hail The Judge.

On the personal front, Ng, now 55, has been married twice. His marriage to a Thai national, Varintra, lasted five years. He found love again with Chinese actress Shi Yangzi and remarried in 2007. The couple divorced in 2014. They have a daughter together. Flora Chan didn’t get her start from the traditional Miss Hong Kong route. After graduation with a communications major from Boston University, she worked as a presenter on TVB’s English-language channel.

A director took notice and approached her to star in the fifth instalment of popular legal drama File Of Justice in 1997.

Chan grew from strength to strength, nabbing numerous lead roles in highly-rated dramas such as Healing Hands and Triumph In The Skies.

She married her manager Mike Chung in 2006. Chan then took a step back from acting to care for their daughter.

In 2012, Chan’s husband, who owned a marketing company, filed for bankruptcy. She has since acted intermittently, notably, in 2010’s Suspects In Love, 2014’s Never Dance Alone and 2018’s Watch Out, Boss.

In recent years, the 49-year-old has devoted her life to the pursuit of knowledge, completing her master’s in education and next, a PhD. She also produced an education-themed programme, After School, in 2019. Did you know actor Joe Ma was once in the Hong Kong Police Force? More interestingly, he was a part of the elite VIP Protection Unit, and once served to protect Princess Diana when she was in Hong Kong!

Ma signed with TVB in 1993 and played a number of supporting roles for years before finally breaking through with 1999’s At The Threshold Of An Era.

Ma found a lot of success playing characters in uniform, notably as a pilot in his best known work yet, 2003 aviation drama Triumph In The Skies. Art imitated life when he played a cop in 2012’s Tiger Cubs.

Ma, now 51, is still actively acting. He fronted the 2018 hit medical drama Life On The Line. This year, he is set to play a lawyer in Buddies Do Big Things.

Ma and his wife Karen, a former university professor, have been married for 27 years. They have a 21-year-old son together. The 51-year-old has since acted in 2014 Hong Kong web series To Be Or Not To Be, besides expanding to Mainland China series Legend of Lu Zhen and Sound Of The Desert.

Cheung's lips are sealed when it comes to her romantic life. Old Time Buddy not only gave Maggie Cheung Ho Yee her big break but Gallen Lo too, who began acting in the 1980s. Lo struck gold again with corporate drama At The Threshold Of An Era.

He holds the record for the most Best Actor wins at the prestigious TVB Anniversary Awards, earning three trophies (for Old Time Buddy, Secret Of The Heart and Golden Faith), tying with Roger Kwok and Wayne Lai.

At 57, Lo is showing no signs of slowing down, spending a lot of time acting in Mainland China series. Most recently, he can be seen on Chinese wuxia series Handsome Siblings.

Lo was married for 10 years to Clare Fong. They have a 21-year-old son together. He later remarried and have a six-year-old daughter with Chinese actress Sophie Su. 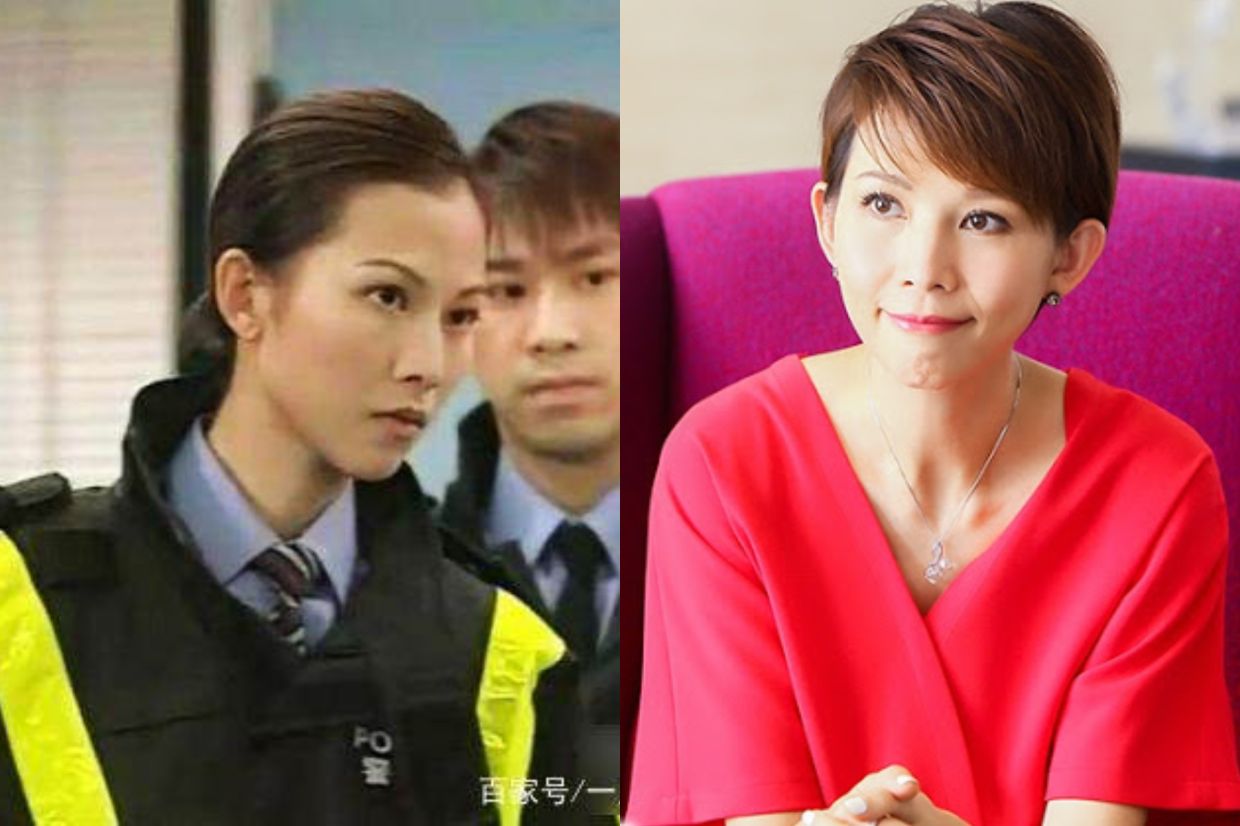 Ada Choi – along with Jessica Hester Hsuan, Flora Chan and Maggie Cheung Ho Yee – has often been regarded as one of TVB’s top 'fadans' of the 1990s (a term used to describe the most popular actresses of the day).

But success didn’t come easy. She has spoken publicly about her difficult past. Her mother was a gambling addict. She spent her childhood years constantly switching schools to avoid debtors.

The tide turned when she placed third at the Miss Hong Kong pageant in 1991, opening the doors to acting.

She stole our hearts towards the late 1990s with a series of high-profile dramas Healing Hands and At The Threshold Of An Era before taking over the starring role on Armed Reaction III and IV from Esther Kwan.

Finding success with these TVB dramas, she used the money she made to repay her mother’s debts for years.

The actress later ventured out of Hong Kong. In 2011, Choi enjoyed quite a bit of success when the Mainland China period drama Empresses In The Palace became a hit.

She married Max Zhang, the leading man of 2018’s Master Z: Ip Man Legacy, in 2008. The couple have three children together – ages nine, seven and a four-month-old.

The 46-year-old actress is dialling down on acting for the time being, with her last Chinese drama Woman In Love released in 2018. 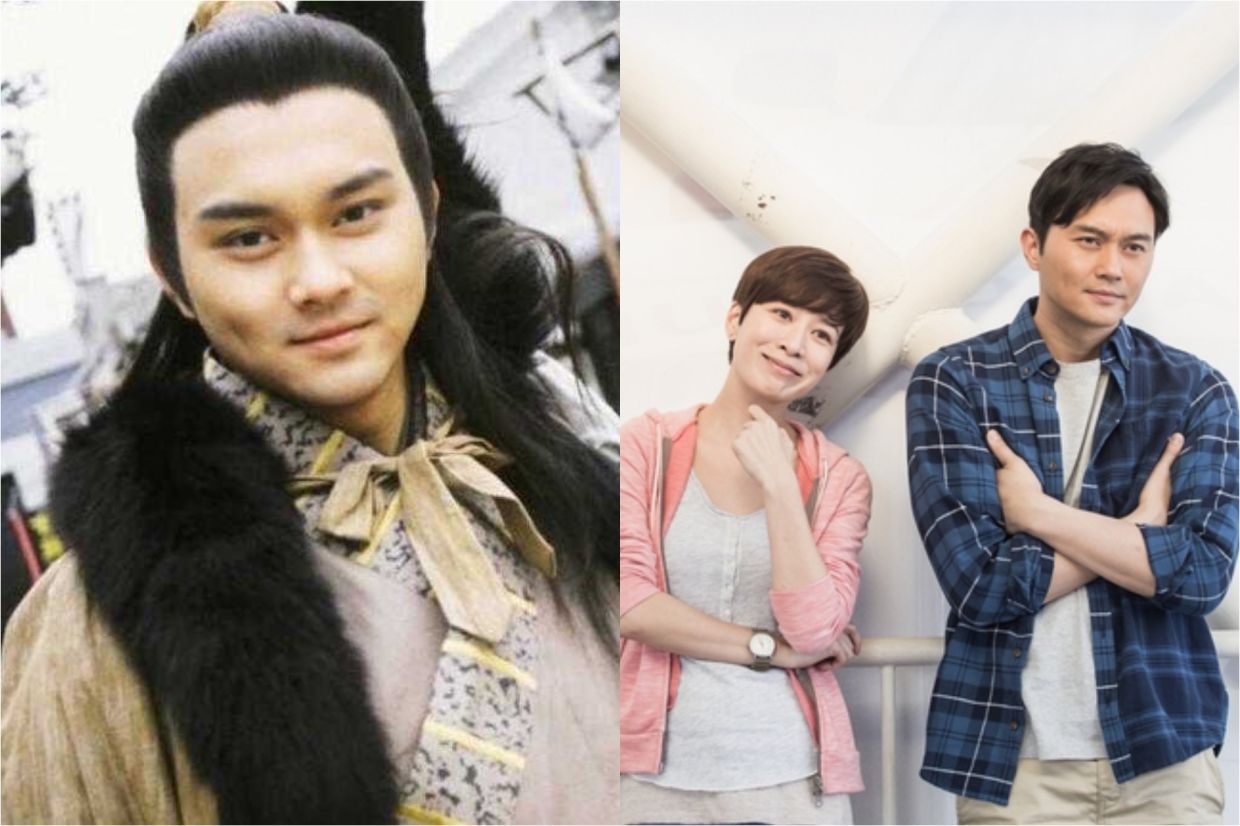 Julian Cheung, who also goes by Chilam, was a singer first, marking his showbiz debut with his 1991 hit single Modern Love Story and has since churned out numerous albums.

Along the way, Cheung transitioned to acting and made it big in 1994 when he led the cast of The Legend Of The Condor Heroes. High-profile dramas after high-profile dramas followed, notably, Return Of The Cuckoo, Point Of No Return, Triumph In The Skies II.

Cheung also found success on the big screen, with a long list of films including Final Score, his 2017 Hollywood debut.

In real-life, Cheung, 48, has been married to actress Anita Yuen since 2001. They have a 13-year-old son together. Jessica Hester Hsuan, or affectionately known as Suen Huen, has a girl-next-door quality about her that makes her instantly likeable no matter the role. And boy is she a chameleon.

The 50-year-old actress remains a force to be reckoned with today, drawing record-breaking ratings in her 2017 drama My Unfair Lady besides partnering with Marvel to play engineer Leslie Lam on the Hong Kong Disneyland attraction, Ant-Man and The Wasp: Nano Battle in 2019.

She remains single. Hsuan last discussed her love life in 2011 when she parted ways with South African veterinarian Ruan Bester. 'Versatile' is perhaps the best word to use when it comes to describing Louis Koo’s acting career.

Koo first made waves playing the leading man on The Condor Heroes 95, a follow-up to Julian Cheung’s The Legend Of The Condor Heroes. He later switched things up, injecting humour to his roles, notably, in A Step Into The Past, which was well-received.

At the same time, Koo was actively pursuing a career in films. He soon made the switch to the big screen and hasn’t looked back since.

Today, the 49-year-old has solidified himself as an actor with serious acting chops, having amassed multiple nominations at the Hong Kong Film Awards and Golden Horse Awards besides having his projects screened at international film festivals.

In 2018, after acting in 200 movies, Koo finally won his first Best Actor trophy at the Hong Kong Film Awards and Asian Film Awards for his performance as a cop searching for his missing teenage daughter in Paradox.

Relationship-wise – despite rumours that Koo was set to tie the knot with longtime friend Hsuan last year – he is still single. 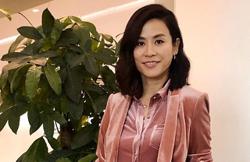 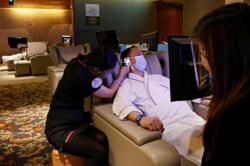