Lai confirmed to Taiwanese media last Friday night that the pair had split up. He later uploaded a lengthy post on Instagram, where he admitted to being single again.

Lai, who gained recognition in Taiwan as "Medicine's Sunny Wang" due to his good looks and resemblance to actor Wang, was previously married to a social media influencer before he tied the knot with Chung.

In his post, he wrote that Chung regretted marrying him. This was though Chung told the hosts of Taiwan variety show Truth Everything last year that she was the one who popped the question, telling Lai they should get married.

Lai wrote: "In 2018, at our pre-wedding party in Los Angeles, you suddenly became distant and cold. I asked why and you told me you regret it, that you don't love me very much and that you're not suited for marriage. We talked a lot and decided to still give it a shot.

"In March this year, you called to say: 'I'm sorry. I thought I would slowly fall in love with you after marriage but I could not.'"

He added: "I think I'll still be friends with Gillian. She is the kindest, most innocent, bravest and most beautiful woman I've ever met. She is just no longer in love with me. Thank you for all that you have given me. If I could do it all over again, I will still propose to you and marry you."

Chung's manager Mani Fok told Hong Kong media the couple have agreed to separate, but that divorce proceedings are not yet underway. The couple had reportedly signed a pre-nuptial agreement.

According to Hong Kong reports, Fok said the state of the couple's marriage was intended to be kept a secret as friends of the couple had hoped they might reconcile eventually. She added that Chung's lawyers have sent a reminder to Lai to keep a low profile after his public post on Instagram.

Chung, best known as one-half of the Cantopop act Twins with Charlene Choi, has kept quiet about the break-up, though a good friend of hers reportedly told Hong Kong media the couple's problems stemmed from Lai's flirtatious behaviour with other women. – The Straits Times/Asia News Network

Actor Wang Yibo hits out at stalker fans, who even put location trackers on his car 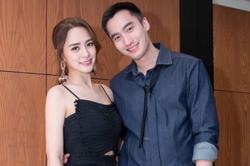 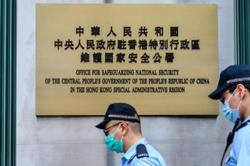 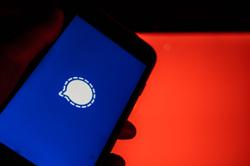