The fourth instalment of 'Forensic Heroes' is a success. Photo: Handout

Instead of celebrating this feat, the cast of the series decided to do something meaningful. Leading man Raymond Wong, along with his fellow cast members, donated a total of 20,000 face masks as well as other essentials to old folks’ homes in Hong Kong.

According to Wong, the cast had initially promised to film themselves in swimsuits and bikinis should the show achieve its target ratings. However, amidst the current Covid-19 crisis, they felt that such a celebration would be inappropriate. Instead, the cast believed it would be more meaningful to convey their gratitude through good deeds.

In an interview with on.cc Wong said that he was sad the drama has come to an end. While TVB has not confirmed the possibility of a fifth instalment, Wong joked: “If there really is a next instalment, I hope to be able to add a touch of comedy to it.”

“We (the cast and production team) are also waiting for the epidemic to end so we can finally reunite and share a celebratory meal, ” he added. 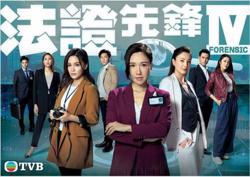