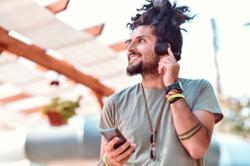 A person plays the game ‘Call Of Duty’ on a mobile phone. To date, the podcast industry has said next to nothing about its embrace of this video-game strategy. In August, DeepSee, an ad fraud detection company, published a research paper revealing how the practice harnesses gamers’ attention. — AFP

Podcasters are always hunting for new, flashy places to promote their shows, ranging from billboards to floats in parades to airplane banners. Some networks, though, have uncovered a less-glamorous, yet highly effective way to gain millions of bankable listeners: loading up mobile games with a particular kind of ad.

Each time a player taps on one of these fleeting in-game ads – and wins some virtual loot for doing so – a podcast episode begins downloading on their device. The podcast company, in turn, can claim the gamer as a new listener to its programme and add another coveted download to its overall tally.

ALSO READ: Spotify podcasters are making RM80,600 a month with nothing but white noise

The practice allows networks to amass downloads quickly by tapping into a wellspring of hyperactive video-game users. But it also calls into question who a legitimate podcast listener is and what length of time should be required to count as a download.

“Not all impressions are created equal,” said Larry Chiagouris, a marketing professor at Pace University. “I’m not saying (this tactic is) not ethical or illegal, but it raises issues. If someone is trying to play a game and that’s the purpose of this interaction, they may just be eager to play the game and are not that interested in the information being shared.”

Podcasts typically rely on downloads as the primary metric for ad sales. When an individual taps on an in-app play button on their mobile device, an entire episode begins downloading so they can listen to it even in the absence of a good internet connection-say, on an airplane or in the subway.

An episode’s ads are inserted at that moment of download, meaning that even if a consumer only listens to 10 minutes of a 30-minute show, the mid-roll ad at the 15-minute mark is often ready to be heard – not to mention, counted by the sales team.

To date, the podcast industry has said next to nothing about its embrace of this video-game strategy. In August, DeepSee, an ad fraud detection company, published a research paper revealing how the practice harnesses gamers’ attention.

“No one really asked questions about this, or what the experience is like for users,” said Rocky Moss, DeepSee’s co-founder and chief executive officer. One game referenced in DeepSee’s paper is Subway Surfers, a popular mobile app from the Danish company Sybo, which has been downloaded some three billion times since its debut in 2012.

Over a period of two weeks in August, Bloomberg found multiple publishers using the game to rack up podcast downloads, including the New York Post, independent podcaster Scott Savlov and IHeartMedia Inc. Representatives for the Post and IHeart declined to comment.

Savlov says he spends “nominal” money on in-game ads and initially used them to drum up interest in his show when it first launched. These days, he says, he looks more to social platform algorithms to promote his celebrity interviews.

“Don’t rely on (in-game ads) exclusively because at some point you’re going to want as much organic and authentic growth as you can get,” he said.

The podcast networks that are actively mining downloads in the mobile game space are doing so through an intermediary company, called Jun Group, which was founded in 2005 and sold to Advantage Solutions Inc, a marketing and sales company, in 2018.

Corey Weiner, CEO at Jun Group, said the company specialises in making consumers aware of products, websites and podcasts by placing its ads in over 1,000 mobile apps that collectively reach 100 million unique users.

“There is a very big reason why all the largest brands in the world invest so much money in brand awareness, because without it you have no chance of breaking through the clutter,” he said. “Every publisher, every content creator, has invested in marketing to promote themselves since the dawn of time, and this is just another way of doing it.”

He said the company hasn’t specifically tracked how long gamers will stay on a podcast after clicking on an ad.

According to someone who’s spoken with Jun Group, the price the company charges podcast networks for these ads can vary depending on whether they’re targeted to particular demographics or guaranteed to attract unique listeners.

The starting rate for a 20-second ad is US$27 per 1,000 website page views. To monetise such downloads, podcast networks can turn around and sell the resulting audience to brand advertisers, presumably at a nice markup over what they pay to Jun Group. Jun Group’s main podcast client is IHeart, the maker of shows from Will Ferrell, Charlamagne tha God and Shonda Rhimes.

According to a person familiar with the effort, the radio company, which bills itself as the top podcast publisher globally, has shelled out more than US$10mil (RM46.20mil) and gained approximately six million unique listeners per month through these ads since 2018. The company primarily runs its in-game campaigns at the beginnings and ends of months.

The impact can be seen on the publicly available charts produced by Chartable, a podcast marketing company owned by Spotify Technology SA. During the last week of August, IHeart podcasts represented more than half of the top 10 trending shows – even though one of the listed podcasts hadn’t published new episodes in months and another hadn’t published any new programming in over a year.

Several of the specific shows that Bloomberg encountered in Subway Surfers appeared lower in the charts, as well, including “Life in Spanglish”, “Run That Prank” and “All the Smoke.” (Disclosure: IHeart is a partner of Bloomberg Media, and DeepSee discovered promotions for one Bloomberg podcast running in Subway Surfers.)

The company first arrived at the top of that list in August 2020, with 24.6 million unique listeners compared with National Public Radio’s 24 million. The incentives to invest in marketing channels like Jun Group’s are clear.

The audio industry has been marked by a frenzy of investments. To make back the money as fast as possible, companies will be relying, in part, on growing the reach of their podcasts in order to bring in more advertising revenue.

Headphones or a speaker: your podcast listening experience changes with your choice

New podcast designed to help your kids go to sleep

Podcast fans listen to new episodes of their fav shows within a day, study finds

Spotify podcasters are making RM80,600 a month with nothing but white noise 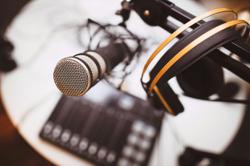 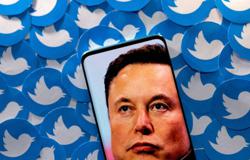