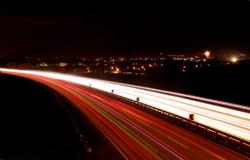 Ford is testing networked vehicles with geofencing technology, a method of digital location determination that the company believes could one day make traffic signs superfluous. — Ford/dpa

Car-maker Ford is trialling technology that could end the need for speed limit signs and help drivers avoid inadvertently incurring speeding fines by automatically slowing down vehicles when they enter designated areas.

The scheme is built on geofencing – a type of virtual geographical boundary, where special rules can be set around specific locations.

Ford is using the technology to set speed limits that Internet-connected vehicles automatically adhere to when they enter any of the areas in question.

The speed limit information is set to the vehicle's dashboard display so the driver is aware of the change and can be manually overridden if needed, the company said.

The car giant is currently testing the technology in Cologne, Germany, and says it could reduce the need for speed limit signs and improve the appearance of the roadside by decluttering them while helping drivers avoid picking up speeding fines.

Ford said its trial will run for a year using its all-electric E-Transit van.

“Connected vehicle technology has the proven potential to help make everyday driving easier and safer to benefit everyone, not just the person behind the wheel,” said Michael Huynh, Ford of Europe's manager for city engagement in Germany.

“Geofencing can ensure speeds are reduced where – and even when – necessary to help improve safety and create a more pleasant environment.”

Ford said that, in the future, the system could also be used dynamically, with speed limits set and altered depending on local hazards, roadworks, or to deal with traffic at different times of day. – dpa