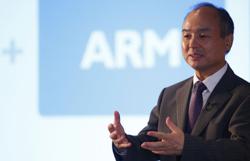 RISC-V International publishes open standard ISA based on US-origin reduced instruction set computer (RISC) principles. Experts say China’s adoption of open-source RISC-V architecture would not shield them from all US sanction risks, as US dominates in EDA tools. — SCMP

A growing number of Chinese chip design firms have adopted open-source RISC-V in their chip designs as an alternative to Intel’s proprietary X86 and Arm’s architecture, in a bid to minimise potential damage from US sanctions and to save on licensing fees.

Of the 20 “premier members” of RISC-V International, the non-profit organisation which changed its base to Switzerland in 2020 to avoid certain US trade regulations, half are Chinese, including Huawei Technologies Co – currently subject to US trade sanctions – as well as Alibaba Cloud, a subsidiary of Alibaba Group Holding, owner of the South China Morning Post.

A premier member has a seat on the organisation’s board and the technology committee, which helps to determine the standard’s future.

“[This] gives Chinese companies access to a global open standard instruction set architecture (ISA) ecosystem,” said Stewart Randall, head of electronics and embedded software at consultancy Intralink. “So Chinese companies can have access to, and create, their own cores or chips based on it.”

However, some industry experts said China’s adoption of open-source RISC-V architecture would not shield them from all US sanction risks, as America still holds the trump card when it comes to electronic design automation (EDA) tools, the key software needed for chip design, as well as chip manufacturing technologies.

Last month Bloomberg reported that US EDA supplier Synopsys was being investigated by the US Department of Commerce for allegedly supplying its chip design software to Huawei’s in-house chip design firm HiSilicon.

Calista Redmond, chief executive of RISC-V International, said in an interview with British tech media the Register last week that the organisation is “not required to block anybody from engaging and participating”.

RISC-V International publishes open standard ISA based on US-origin reduced instruction set computer (RISC) principles, first developed by UC Berkeley professor David Patterson in 1980. It evolved four versions, from RISC-I to RISC-IV, over the years before the advent of open-source RISC-V in 2015.

To avoid potential legal trouble stemming from US regulations when its technologies emerged as a potential challenger to Intel’s X86 and Arm’s dominance in PC and smartphone chips, the RISC-V Foundation – founded in 2015 – was renamed RISC-V International in early 2020.

RISC-V International now comprises over 2,000 members in more than 70 countries, according to its website, which also has a special Chinese section. Alibaba Cloud, Unisoc, ZTE, and China’s state-backed Institute of Computing Technology have joined US semiconductor giants such as Intel in the top-tier membership, which costs a fee of US$250,000 (RM1.09mil) a year.

Billed as the “Android” of instruction set architecture, RISC-V cannot be cut from users in any country due to its open-source nature, according to a sales manager at Taiwan-based Andes Technology, which is also a premier member of RISC-V International. The person requested anonymity as they are not authorised to talk with media.

Just like Android functions as an operating system for smartphones, any user can access the RISC-V architecture, which is customisable, even though they may not be a member of RISC-V International.

However, you need more than architecture to finalise the design of a chip. Small chip designers might not have the capability to design their own CPU cores despite having access to the ISA, meaning they need to buy commercial CPU cores from companies such as Andes Technology, the Andes sales manager said.

A company’s real design prowess is reflected in its ability to use an ISA to churn out its own cores, such as Apple using Arm’s architecture to design its processor cores for the M1 series of chips used in Mac computers and iPads. There are many weak links that cannot be addressed by an open source ISA in the chip design arena.

“EDA tools are the real weak link for China as it doesn’t have any reliable alternative,” said a chip design expert at Nvidia, adding that US companies Synopsys and Cadence hold a tight monopoly over EDA tools.

Currently, Intel’s X86 and Arm architectures dominate the global microprocessor ISA market and RISC-V is still a small player compared to its powerful competitors, especially in the high-end chip sector, due to a less developed ecosystem.

In China, RISC-V has been mostly used to design cores for less complex internet-of-things chips, such as Alibaba’s T-Head’s XuanTie 9 series, which were made open source in October 2021.

“RISC-V processors will continue to see adoption across multiple categories. But we believe that in the near to mid term, IoT remains the key sector that could see greater than 25 per cent adoption by 2025,” said Counterpoint Research Analyst William Li in a September 2021 report. – South China Morning Post

The chip challenge: Keeping Western semiconductors out of Russian weapons 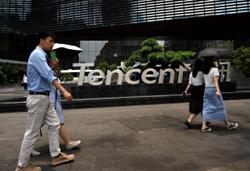