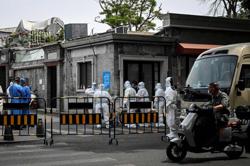 The ‘little giants’ programme has been around for more than a decade, but it has taken on new prominence after Beijing launched a sweeping crackdown against leading companies like Alibaba and Tencent. — Bloomberg

In today’s China, behemoths like Alibaba Group Holding Ltd and Tencent Holdings Ltd are out of favour, but “little giants” are on the rise.

That’s the designation for a new generation of startups that have been selected under an ambitious government program aimed at fostering a technology industry that can compete with Silicon Valley. These often-obscure companies have demonstrated they’re doing something innovative and unique, and they’re targeting strategically important sectors like robotics, quantum computing and semiconductors.

Wu Gansha won the little giants title for his autonomous driving startup after a government review of his technology. That gave the Beijing company, Uisee, an extra dose of credibility and financial benefits. Last year, it raised more than 1bil yuan (RM660.89mil), including money from a state-owned fund. It’s also become a unicorn, with a valuation of at least US$1bil (RM4.18bil).

“It’s an honour to wear the little giant label,” Wu said. “The essence of the project is that the companies must possess some specialty that others don’t have.”

The programme has been around for more than a decade, but it has taken on new prominence after Beijing launched a sweeping crackdown against leading companies like Alibaba and Tencent. The little giants label has become a valued measure of government endorsement, a signal for investors and employees that the companies are insulated from regulatory punishment. President Xi Jinping has given his personal blessing to the programme.

“This is helpful to startups in many ways: It’s a subsidy. It’s a grant. It’s an honour. It’s a stamp of approval,” said Lee Kai-Fu, founding managing director of the venture firm Sinovation.

But in a series of regulatory moves over the past year, Beijing made clear the technology industry must realign to conform with government priorities. Alibaba and Tencent were quickly forced to eliminate anti-competitive practices, while games companies had to limit minors to three hours of online play per week. More broadly, the government has signaled softer Internet services are out of favour.

Instead, Beijing aims to shift resources to strategically important technologies like chips and enterprise software. The Ministry of Industry and Information Technology has named 4,762 little giants since 2019, many in semiconductors, machinery and pharmaceutical industries. The designation typically comes with lucrative incentives from the central government or provincial authorities, including tax cuts, generous loans and favorable talent acquisition policies.

“What the country is trying to promote is more hardcore technology,” said Yipin Ng, founding partner of Yunqi Partners, a venture fund that is investing in little giants. “In that sense, this is more in line with what they are trying to promote – things that makes China more competitive.”

Governments from the US to Africa have established programmes to support smaller enterprises, but China’s efforts dwarf those in terms of scale, resources and ambition. Xi, the country’s most powerful leader since Mao, has instituted a half dozen programmes that will collectively disburse trillions of dollars in pursuit of economic might, social stability and technological independence.

The US trade war has stiffened the Communist Party’s resolve to build a self-sufficient industry. The country’s vulnerability was exposed when Donald Trump’s administration blacklisted national champions like Huawei Technologies Co and Semiconductor Manufacturing International Corp. That prevented them from buying US components such as chipsets and industrial software, hindering operations.

The little giants concept dates back to at least 2005, when the local government in Hunan province instituted policies to support small enterprises. The central government’s powerful MIIT endorsed the Hunan campaign, which included land grants and financial support, as a model for developing the private sector. Local governments in places like Tianjin began their own initiatives.

It was in 2018, with the trade war, that the central government began to seriously push the programme. MIIT announced a plan to create about 600 little giants that would develop core technologies. The procedure for winning the designation was designed to foster competition and identify the most promising companies.

Candidates apply with a six-page form detailing financial status, number of patents and research accomplishments. In the first round of selection, each province could nominate no more than a dozen companies. The country’s top three tech hubs – Beijing, Shenzhen and Shanghai – had a combined quota of only 17 candidates.

Guan Yaxin, chief operating officer of Beijing-based ForwardX Robotics, said the process was relatively smooth for her company because it has proven innovations, with 121 patents globally, including 25 in the US.

“This government endorsement is very helpful when I expand the business because the clients will understand we are not just a random startup,” she said.

MIIT has since expanded the programme to thousands of companies, with about 1,000 “priority little giants” at the top of the hierarchy. Members of this rarefied club, which includes Wu’s Uisee, receive direct funding from the central government. In January, the Finance Ministry set aside at least 10bil yuan (RM6.60bil) to fund small and mid-sized enterprises until 2025, with the lion’s share directly financing the priority startups’ research. The goal is to create 10,000 little giants by 2025.

“It’s quite clear that this is a selection of companies very much subordinate to China’s specific industrial policy and needs,” said Barry Naughton, a professor and China economist at the University of California, San Diego. “They were partially picked because they are good firms, but an equally important criteria is they fit the urgent policy needs of the government right now.”

There are substantial risks. The success of China’s technology industry over the past 10 years came from giving entrepreneurs like Alibaba’s Jack Ma and ByteDance’s Zhang Yiming free rein to build their businesses. Flipping the model to focus on the government’s priorities risks leading to waste and failure, Naughton said.

“These are small companies that are being nurtured because they can potentially be alternative suppliers. How do you nurture them? You throw money at them,” he said.

The little giants have become popular targets for venture capitalists, many of whom lost money on portfolio companies during Beijing’s crackdown. One VC said that some startups in the programme have been able to raise capital in the last six months while boosting their valuations by 50% to 75%. Another VC reportedly invests only in companies identified as little giants by the government.

Zhang Hui, co-founder of Guizhou Changtong Electric Ltd, applied for the programme in Guizhou province in 2020 and received the award last year, based on his company’s power equipment technology. The startup soon landed more than 100mil yuan (RM66.08mil) from state-backed funds, and other investors have been knocking on his door to offer additional capital.

“Of course, venture investors will chase little giants for investment,” he said. “It would be a surprise if they didn’t.”

Venture investments in China hit a record last year despite the crackdown. The value of deals rose about 50% in 2021 to US$130.6bil (RM546.62bil), according to the research firm Preqin.

EcoFlow Inc, a portable battery startup in Shenzhen, announced a 100mil yuan (RM66.08mil) fundraising led by Sequoia as the company won the little giant label from MIIT. The four-year-old firm now plans an initial public offering in its hometown city within three years.

The government is also making it easier for these startups to go public, another incentive for entrepreneurs and venture investors. China set up a dedicated stock exchange in Beijing last year to help small enterprises raise capital.

Guan of ForwardX Robotics pointed out that founders retain control over their companies even if they participate in such government programs. Her company, which makes mobile robots used in manufacturing and logistics, has about 300 employees and plans to expand into Japan and the US. She sees the government’s support as a big benefit as little giants try to grow.

“Many of them are very small now compared with multinationals,” she said. “But the government sees the potential for them to become a real giants one day.” – Bloomberg

India’s year of the unicorn: Startups in spotlight of 2021 tech boom 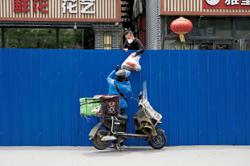