Xiang Meiling used to have only one job working at a small local hospital in Lichuan, a remote county on the border between central China’s Hubei province and the megapolis of Chongqing. Nowadays, when she is not attending her duties as a nurse, she runs a WeChat group of 157 members, all of them customers that she introduced to a community group-buying platform from on-demand service giant Meituan.

It all started in December, when Xiang began using Meituan Youxuan, which pools together residents of the same community to purchase groceries and other daily essentials in bulk at a discount. The 27-year-old single mother was so impressed by the selection, price and convenience that she signed up to be a community leader. Now, she spends her two-and-a-half-hour lunch break packing arriving goods at her home nearby and taking care of orders and inquiries from members.

“I used to watch Douyin short videos during my spare time but now I check Meituan and my WeChat group whenever I’m free,” Xiang said, referring to the Chinese sibling app of TikTok. 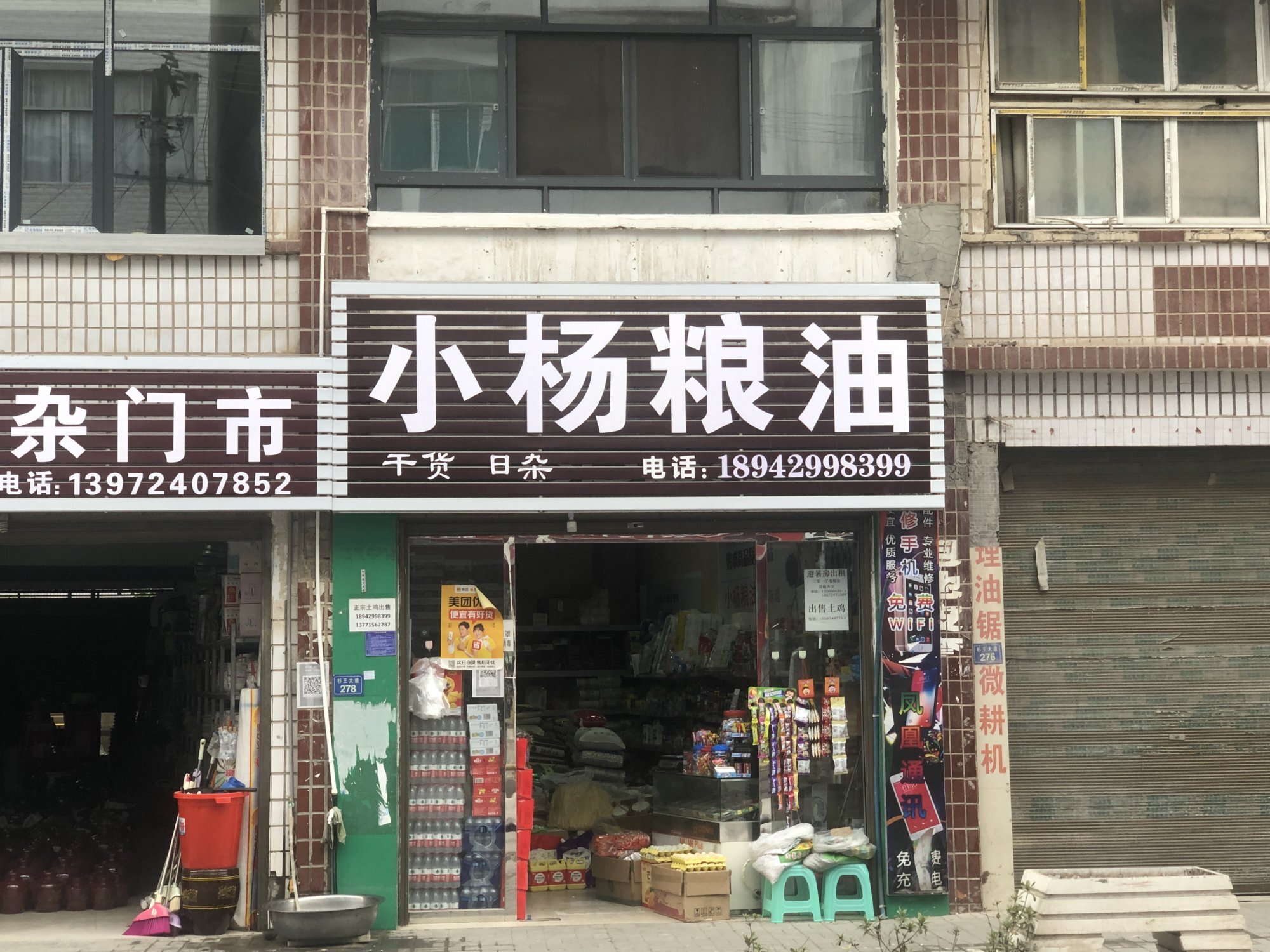 In Xiang’s tiny hometown of Moudao, the less-than-3km-long main street hosts 10 businesses that double as express courier stations for Meituan Youxuan, including a breakfast restaurant, a milk tea shop, a clothing store and a furniture shop. A neighbouring town has 11 pickup locations for rival Duoduo Grocery, operated by e-commerce platform Pinduoduo. While Meituan and Pinduoduo have established their respective territories, both platforms offer similar services.

Every day, about 20 to 30 people from Xiang’s community place orders on Meituan Youxuan, she said. With a roughly 10% commission on each purchase, she has raised her total monthly earnings by almost 40%.

“This is good extra income for me and I don’t need to put much energy into it,” said Xiang.

The heavy presence of Meituan and Pinduoduo in Lichuan, a mountainous area, demonstrates the enormous reach of Chinese tech giants, which are transforming the lifestyles of people living in some of the remotest corners of the vast country. Community group buying, China’s latest e-commerce trend, is turning previously independent, family-run shops into part of Big Tech’s powerful, algorithm-driven business machines.

Increasing Internet penetration in rural areas – mobile Internet speed in Lichuan’s town area is as fast and reliable as in major cities – and the ubiquity of smartphones have made it possible for tech platforms to target so-called sinking markets – remote and sprawling regions, as well as lower-tier cities, with untapped spending power. Collectively, these places are home to around one billion people – nearly eight times the size of Japan’s entire population. Lichuan, with about 900,000 residents scattered across towns and villages in an area four times as big as Hong Kong, is one of them.

For consumers like Xiang and her neighbours, group-buying allows them to save money by spending less than they normally would when buying individually. For tech companies, the business model helps them lower costs.

“The advantage of community group buying is that it’s driven by actual orders so storage cost is reduced,” said Robert Wu, head of research at data research firm BigOne Lab. “Meanwhile, it can dramatically increase the operating efficiency of the platforms as the problem of last-mile delivery is solved, therefore cutting logistics expenses.”

The opportunity to lay claim to a new and underserved market has drawn a slew of tech giants into the burgeoning business model despite intense government scrutiny. Earlier this month, China’s market regulator fined some of the sector’s biggest players for slashing prices to edge out rivals and breaching the country’s price law. The platforms targeted included start-ups backed by Alibaba Group Holding and Tencent Holdings, as well as Meituan Youxuan, Duoduo Grocery and ride-hailing giant Didi Chuxing’s Chengxin Youxuan.

The move came after antitrust regulators summoned several tech giants to warn them against “low price dumping and squeezing jobs” in community group buying. Before that, the Communist Party mouthpiece People’s Daily ran an opinion piece questioning whether it was “morally sound” for Big Tech to chase profits by “selling a few cabbages”. 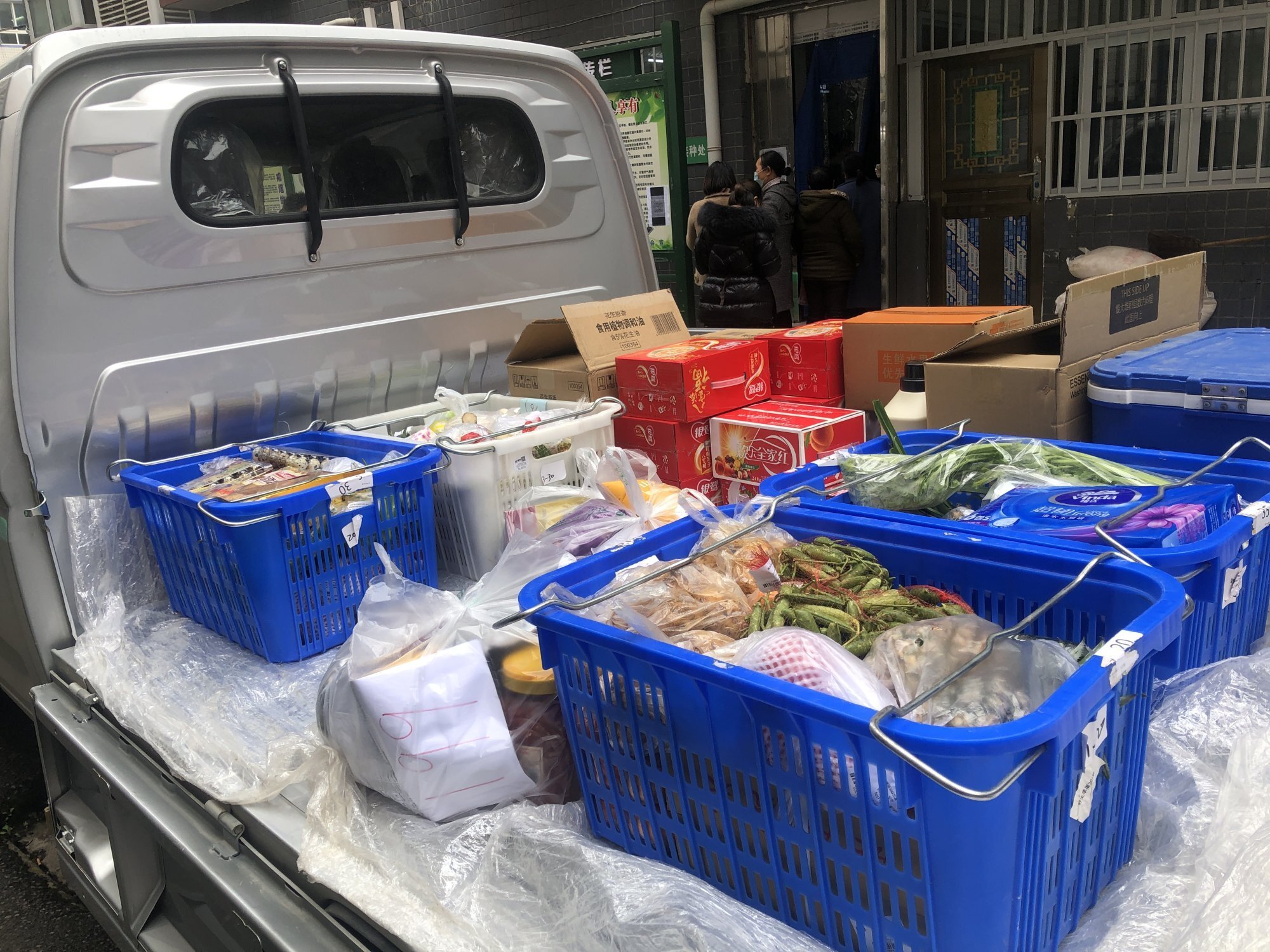 Actions by authorities have not deterred tech companies, which have set their gaze firmly on China’s fast-growing hinterlands. Compared with wealthier parts of the country, lower-tier cities are often considered more receptive to community group buying because consumers there, such as those in Xiang’s hometown, tend to be more willing to spend time hunting for bargains.

Sun Li, a colleague of Xiang and one of her frequent customers, shops on Meituan Youxuan about twice a week, buying mostly vegetables, fruits, snacks and daily necessities. She sometimes waits for about an hour for flash sales to pop up.

The platform does not charge her for delivery and she is very happy with the after-sales service, she added. Whenever there were quality issues, she would just contact Xiang to get a quick refund. She can even get her money back without returning her purchases. She also enjoys buying products that used to be unavailable in her inland town, such as fresh oysters from the sea. 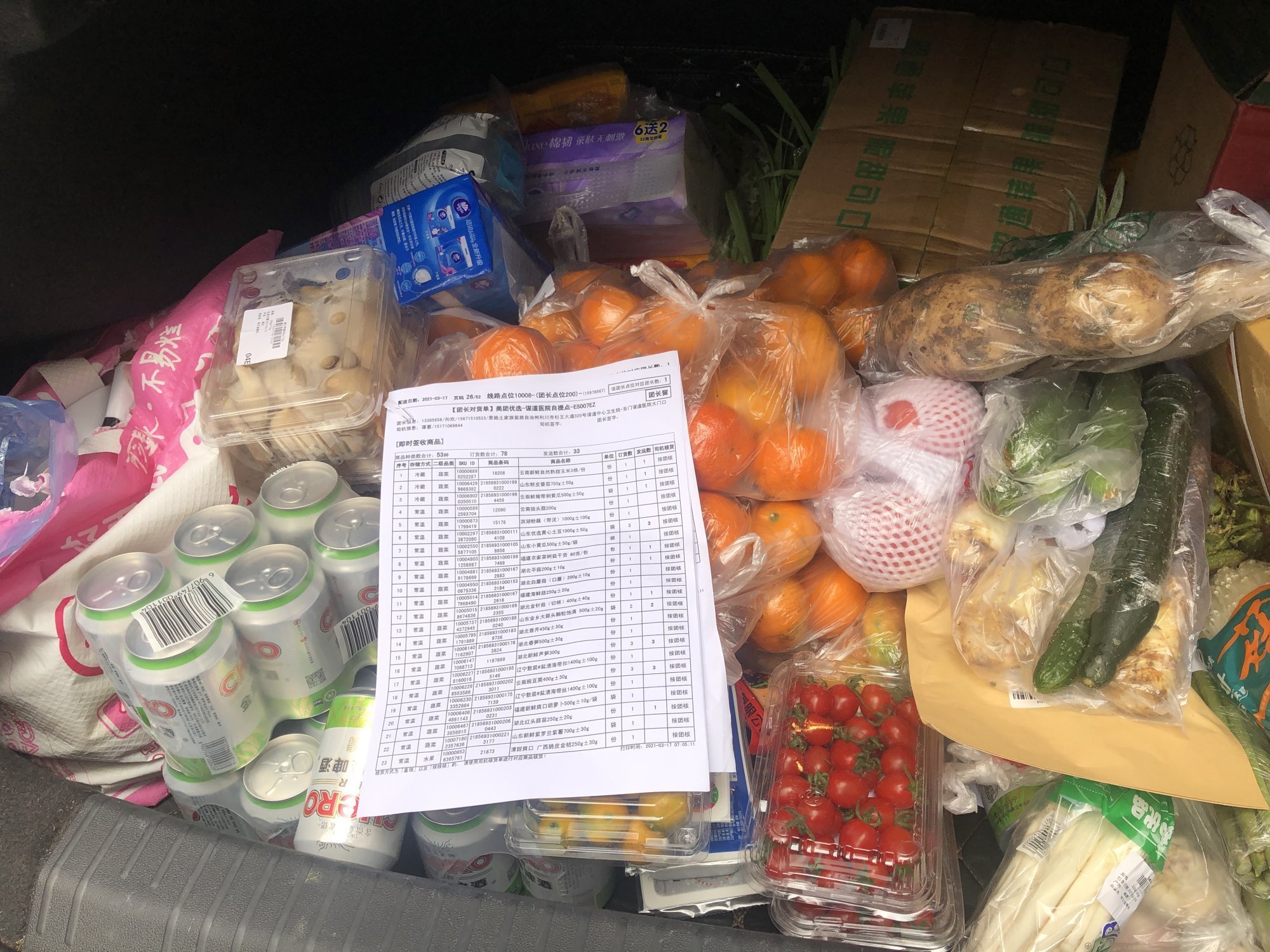 Meituan said it has nearly half a million active online merchants from China’s most impoverished counties, which have generated more than 700 million orders on the platform. Pinduoduo announced last year it was investing at least 50bil yuan (RM31.67bil) in boosting rural e-commerce over the next five years. While community group buying has raised the ire of government authorities, Meituan and Pinduoduo’s rural initiatives have earned the praise of Beijing.

The two companies, which were the earliest players to commit to the new business model last year, are now leading the community group-buying market. By the end of January, their gross merchandise volume reached 170mil yuan (RM107.71mil) and 90mil yuan (RM57.01mil) respectively, according to BigOne Lab.

E-commerce giants Alibaba and JD.com, both latecomers in the sector, are now doubling down on their efforts to catch up. Alibaba, the parent company of the South China Morning Post, recently started a recruitment drive for its community group-buying business, having posted hundreds of new positions in over 20 cities in the past few weeks. JD.com entered the market in December, with its founder and CEO Richard Liu leading a new business segment focused on lower-tier cities, according to Chinese media reports.

While Meituan and Pinduoduo may have started earlier, the market is far from saturated, according to He Yixuan, senior analyst at research firm Analysys. The two companies have yet to establish supply chains and customer loyalty that are strong enough to completely fend off new competition.

As tech giants jostle to gain ground in lower-tier markets, though, not everyone is cheering the move.

Xiang Wenqiong (no relation to Xiang Meiling), who has been running a grocery store in Lichuan for over two decades, said the impact of community group buying on her business is huge.

“I started to feel the effects of e-commerce platforms like [Alibaba’s] Taobao and Tmall on my business back in 2015, but at that time, we still had the advantage of being really convenient [for customers],” said Xiang. “Now the community group-buying platforms have made our last advantage disappear.”

Xiang said she might need to move with the times if she wants to survive.

“I might consider turning my store into a [group buying] pickup point as well, which could bring back some foot traffic when people pick up what they buy online,” said Xiang, who is in her fifties. “But I’m too old and my energy is limited. I’ll see whether my son is interested in transforming the store.” – South China Morning Post