Pinduoduo pulled in US$4.1bil in the fourth quarter, blowing past estimates, and became China’s largest e-commerce platform by number of users in 2020. Company founder Colin Huang stepped down from the board of directors to focus on research in food and life sciences. — SCMP

Pinduoduo founder Colin Huang, 41, has stepped down as chairman of the board of directors at the social e-commerce company he helped turn into a giant that now has more annual active buyers than JD.com and Alibaba Group Holding, owner of the South China Morning Post.

Having handed over the reins as CEO to Chen Lei last July, Huang will now focus on research in food in life sciences, areas “where breakthroughs could drive the future of China’s largest agriculture platform”, Pinduoduo said in a statement on Wednesday. Pinduoduo has recently invested heavily in agriculture-related areas, including new technologies in its pursuit to become the world’s largest grocer. Its new grocery delivery service Duo Duo Grocery, known as Duo Duo Maicai in Chinese, has helped drive user growth during the pandemic.

Huang is also stepping aside just as the company he founded becomes China’s largest e-commerce platform by number of users and its latest earnings revealed revenues that blew past analyst estimates. The Nasdaq-listed company said it had 788.4 million annual active buyers in 2020, 57 million more than in the previous year, surpassing Alibaba’s 779 million and JD.com’s 471 million. Pinduoduo’s monthly active users reached 719.9 million in the fourth quarter.

“We are proud that we have become the world’s largest e-commerce platform by user numbers,” Chen said in the earnings call. “We will work hard to deliver even better results in the years to come.”

The Shanghai-based company started out by helping popularise social e-commerce in China, allowing users to get lower prices by inviting friends on social media to purchase the same item. In a similar model, Pinduoduo is now one of many platforms using community group buying to attract users with lower prices, which became more popular during the Covid-19 pandemic.

With groceries now a key driver of this model, Pinduoduo has moved aggressively into this space. Alibaba’s supermarket chain Freshippo and delivery giant Meituan are also major players in this field.

“We hope that in the next stage, Pinduoduo will become the world’s largest agriculture and grocery platform, and make groceries sourced around the world affordable and available to our users,” Chen said in a statement. 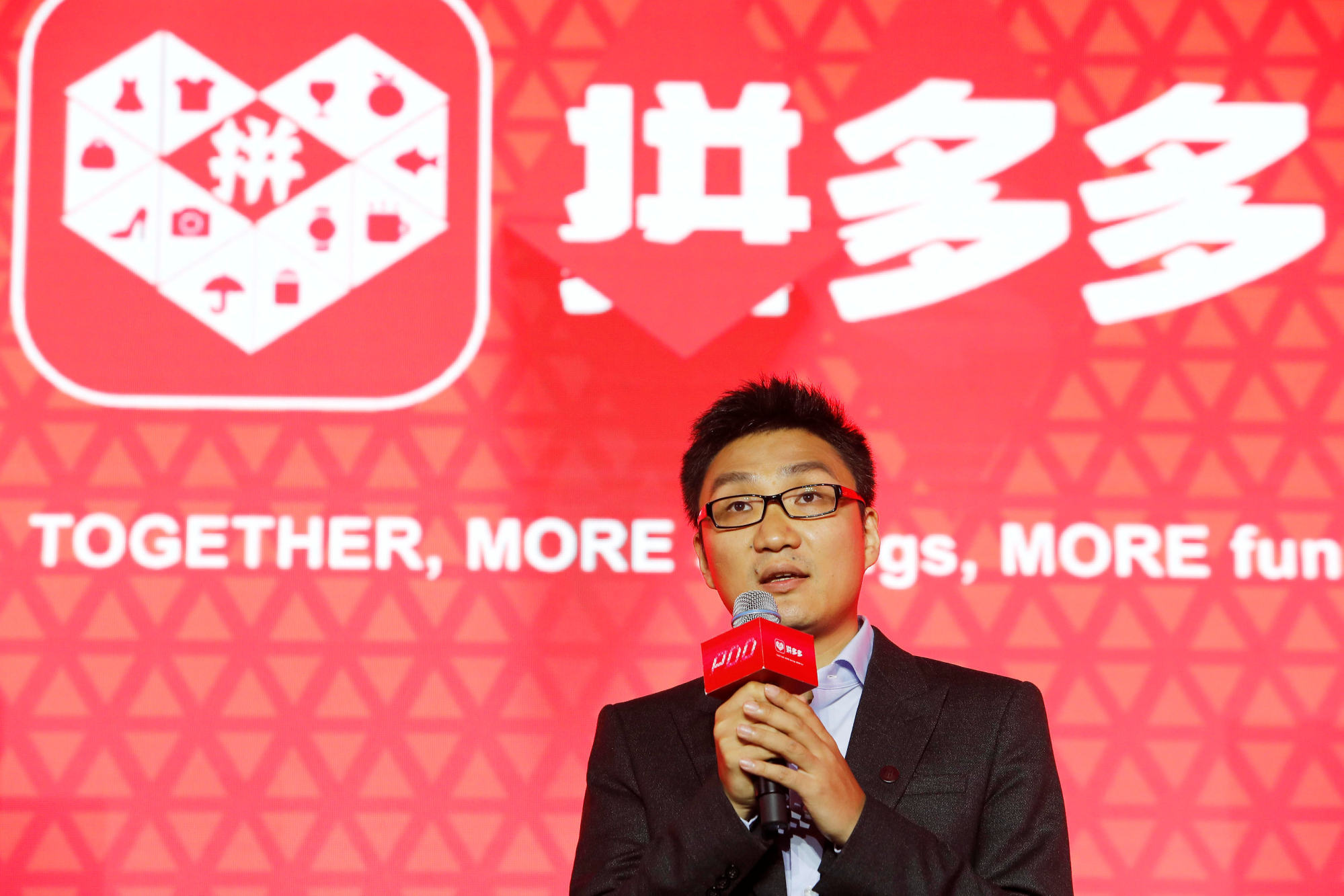 Last August, Pinduoduo introduced Duo Duo Grocery to address changes in consumer shopping habits, which started to quickly shift away from wet markets and supermarkets during the pandemic to online channels. The service has differentiated itself from competitors by helping provide next-day pickup locations, typically at shops that have partnered with the company.

With an eye on increasing its footprint in this area, Pinduoduo will build a logistics infrastructure platform that will reduce waste, lower costs and speed up the delivery of agricultural products, Chen said in a statement on Wednesday. It is also investing in related technologies for alternative proteins, food safety and precision farming, he added.

“Pinduoduo started off by selling fresh produce online. It was a conscious decision because we found them to be a necessity, and optimising their production, distribution and consumption would bring the greatest widespread benefit,” Chen said. “We have never lost sight of this beginning, and agriculture has consistently been a strategic priority for us.”

As the company’s founder prepares for a new role, Huang is still the largest shareholder with a 29% stake. His current net worth is estimated at US$56.7bil (RM233.12bil), according to Bloomberg data. In December, Huang overtook Alibaba founder Jack Ma and Tencent Holdings founder Pony Ma Huateng as China’s second-richest person on the Bloomberg Billionaires Index. – South China Morning Post