By Nita Bhalla and Alice McCool

An election official holds up a ballot after polling stations closed during the presidential elections in Kampala, Uganda. Digital rights campaigners said the Internet blackout was a deliberate attempt by government to keep citizens and the rest of the world in the dark during election periods – such as state crackdowns on political figures, media, and civil society. — Reuters

NAIROBI/KAMPALA: When Uganda ordered an Internet shutdown on the eve of the presidential election, groundnut seller Susan Tafumba’s trade collapsed.

The 34-year-old sells groundnuts at Kampala’s Nakawa market, but much of her business now comes through a mobile phone app that customers use to order goods to be delivered to them by motorcycle taxis.

“Usually the app gets us more profit than those people who come on a daily basis to the market, but we lost customers,” said Tafumba, one of countless small traders whose increasingly tech-dependent livelihoods were hit by the shutdown.

“Now, we are working normally after the Internet came back. I am waiting for orders to start coming in,” she said, adding that she lost about 300,000 Ugandan shillings (RM328).

The East African nation lifted the blackout on Monday, more than 100 hours after imposing it the day before the Jan 14 elections.

Authorities apologised for the inconvenience and said the shutdown was to avoid outside interference in the election, which long-time leader Yoweri Museveni was declared to have won against popular singer-turned-politician Bobi Wine.

A ban on social media platforms, which authorities said were biased, remains in place, but they are accessible through Virtual Private Networks (VPN).

“The shutdown meant denying people access to their source of livelihood,” said Felicia Anthonio, campaigner for the #KeepItOn, a global movement that fights against Internet shutdowns at digital rights group, Access Now.

“Businesses in the formal and informal sector, education, healthcare, the media, civil society groups, and many others, that increasingly rely on the Internet and digital platforms to keep their activities going were hugely impacted.”

This includes mobile money transactions – which many Ugandans rely on for payments – as well as e-commerce, airline bookings and app-based taxi services.

The Financial Technology and Service Providers Association estimates that companies in the sector lost at least 66bil Ugandan shillings (RM72.26mil) daily during the shutdown.

This included companies such as Safe Boda, a motorcycle taxi-hailing app with more than 22,000 drivers in Kampala, which reported that its employees could not earn.

“Because our work is done on the Internet, everything was down. We were not able to work,” said Angel, a 36-year-old driver who uses the Safe Boda app.

“I also struggled with mobile money because some networks were shut down I wanted to send money to my mother who stays outside of Kampala, but I couldn’t.”

Wine alleges widespread fraud and said the mass switchoff meant that he could not communicate with his observers at polling stations and share evidence of electoral violations.

According to DataReportal, there are more than 10 million Internet users in Uganda in 2020 – around 24% of the country’s population.

Digital rights campaigners said the Internet blackout was a deliberate attempt by government to keep citizens and the rest of the world in the dark during election periods – such as state crackdowns on political figures, media, and civil society.

Although this is the first time Uganda had blocked the Internet, other forms of online restrictions during elections are not unusual, they said.

The government banned social media and money transfers in 2016 polls and blocked SMS in 2011 elections. In 2006, authorities also blocked sites critical of the government.

Juliet Nanfuka from CIPESA, an organisation that promotes digital rights, said there had been “a steady increment in how the state relates to digital rights particularly at times of election”.

“Last year, the coronavirus pandemic forced a lot of businesses to go online. People had just started building the trust in that aspect of the digital economy and then the government imposed the blackout.”

“Moves like this by the state, they break the confidence we are trying to build in being a part of a digital society.” – Thomson Reuters Foundation 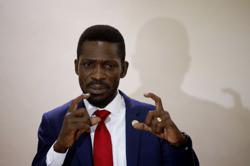 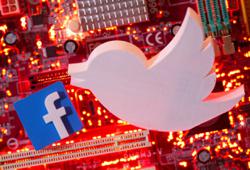