A man uses the accessibility features of an iPhone. Assistive technology can break down barriers and open up a new world for people with disabilities, and the need has never been greater as nations speed up to become tech-centric in the face of the pandemic. — Chicago Tribune/TNS

The first modern smartphone, though hailed as a technological marvel when it was introduced, took a step back in terms of accessibility.

As the keypad was done away with in favour of a large touchscreen, it offered little to no tactile feedback, making it harder for differently-abled people to use it.

Since then smartphones have come far, making up for what they lacked in hardware with software.

Amanda Kong Hwei Zhen, visually impaired due to congenital glaucoma, says the smartphone is her primary tool for work, whether for answering emails or replying text messages. 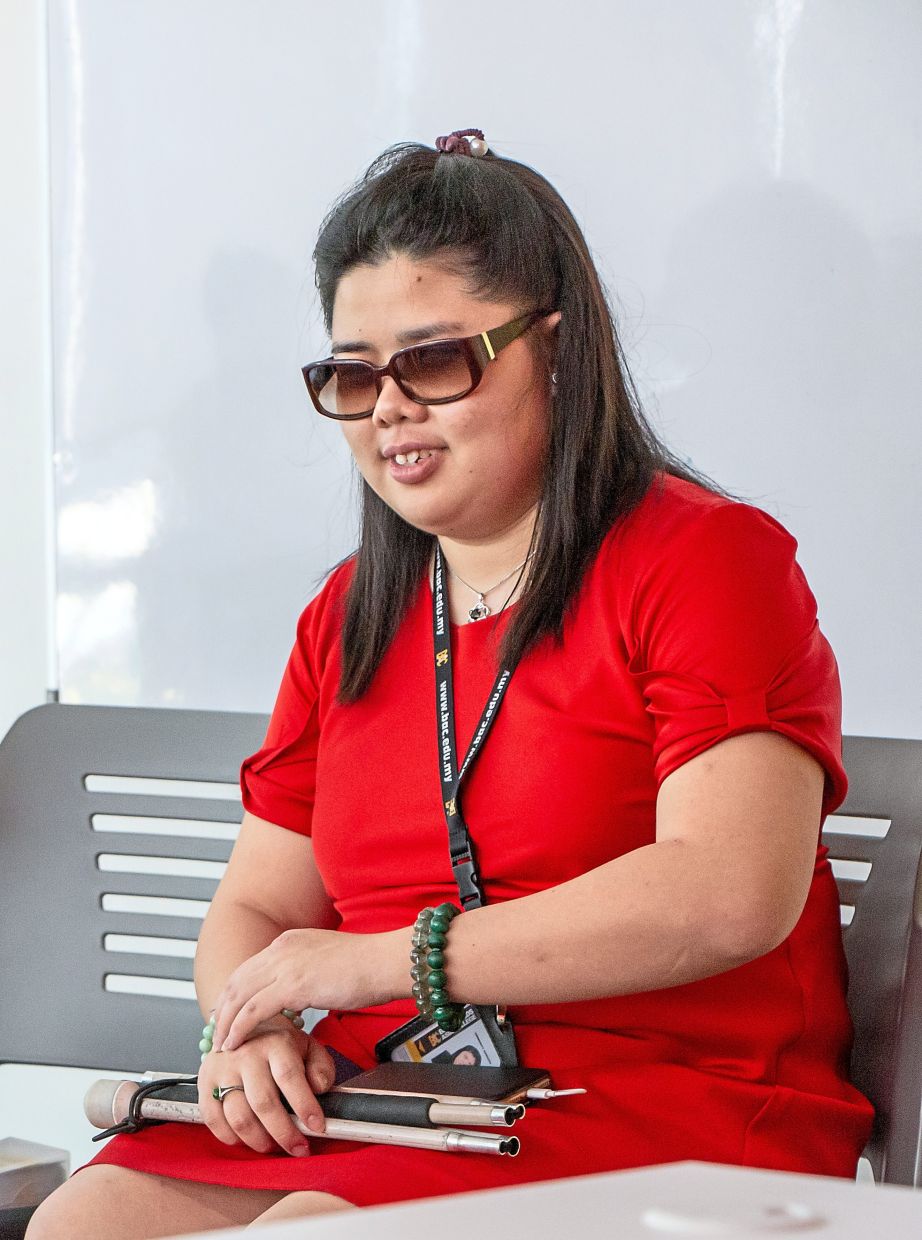 Kong uses her smartphone as the primary tool for work, whether for answering emails or replying text messages. — Make It Right Movement

“I’ve been using an iPhone for six years since college. It’s better than a feature phone, which can’t access the Internet and doesn’t have VoiceOver,” says the 26-year-old.

VoiceOver is an iOS feature that detects text displayed on the screen and reads it aloud. The counterpart in Android is known as Google Voice Assistant.

Both allow a person to navigate websites and apps without looking, and the latest versions have been improved with artificial intelligence.

Apple’s iOS14, for instance, can identify interactive features like buttons, sliders and tabs even when developers don’t label them.

However, an app that wasn’t designed with accessibility in mind can still be a nuisance to navigate, says Kong.

But local apps are catching up with international contemporaries, she says, especially in the e-hailing industry.

Working as a Community Advocate for persons with disabilities (PWDs) with the Make It Right Movement, Kong also dedicates her time to training those with visual impairment to use smartphones.

It’s much faster to teach touch typing using a screen reader program, says Kong, compared with using a braille keyboard that connects to a phone via cable or Bluetooth. The fastest she’s trained a person is a month, and the duration is dependent on how willing the person is to leave his or her comfort zone and switch from a feature phone to a smartphone.

From personal experience, she says learning to touch type on a smartphone isn’t that bad, as there are other benefits.

“If the feature phone doesn’t have a screen reader and you get a text message, you will still need a friend to read it out,” she says. 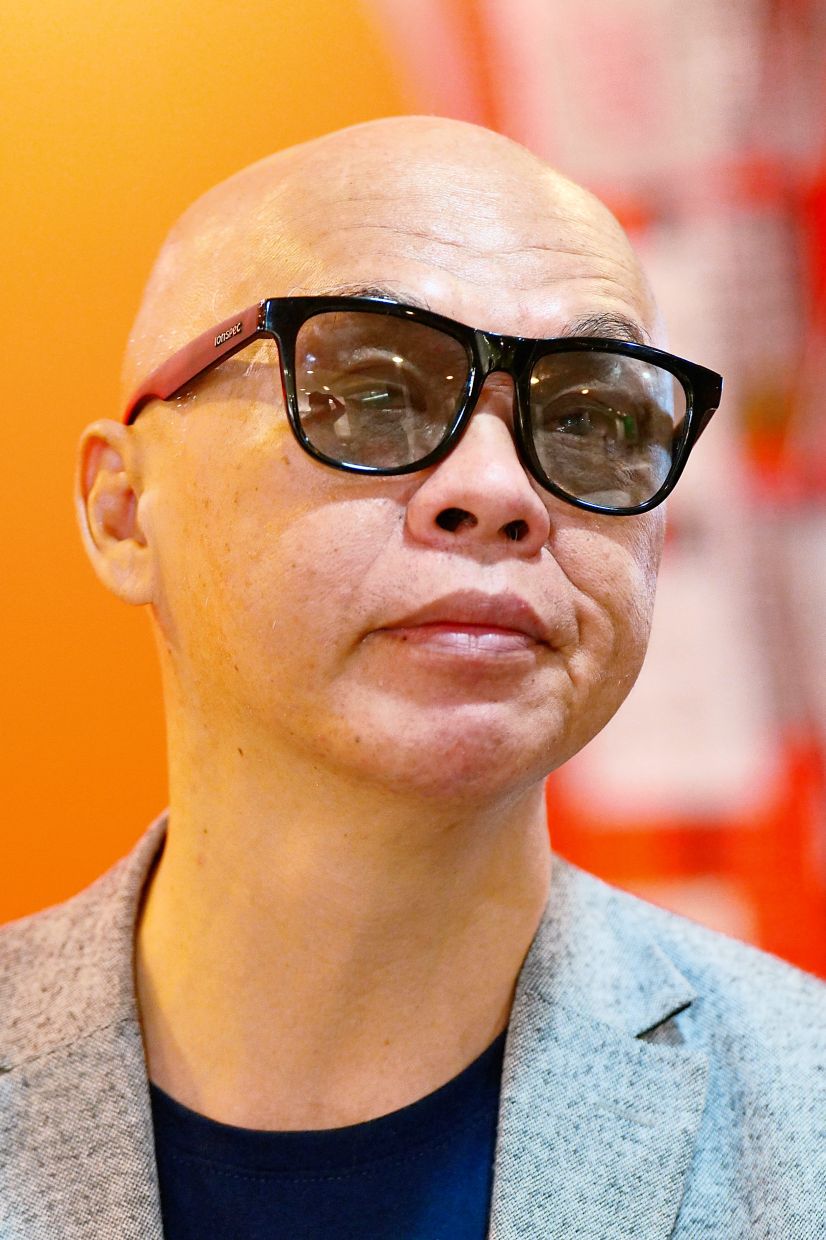 Chan says Dialogue In The Dark has been developing guidelines for accessible design since 2017. — ART CHEN/The Star

Dialogue In The Dark founder Stevens Chan agrees, adding that it’s easier to learn to use a computer or smart device with the help of screen readers.

“I have adult onset blindness and only lost my eyesight at 45. To learn braille at that age... I wouldn’t have had the stamina or patience for it,” says the 58-year-old.

It just took a few months for him to be connected with the world again through the Internet because of the smartphone, which he says is changing the landscape for the visually impaired in terms of learning and earning.

He points out that students who are blind have always been at a disadvantage in terms of access to education as braille books are expensive, making most opt to borrow them from libraries.

The braille version of education textbooks are also published slower than the standard copies whenever a new syllabus is released, he adds.

In a Bernama report, Malaysian Association for the Blind (MAB) CEO George Thomas explained that publishing braille reading materials is hindered by the bureaucracy of securing copyright for translation and high cost of production. 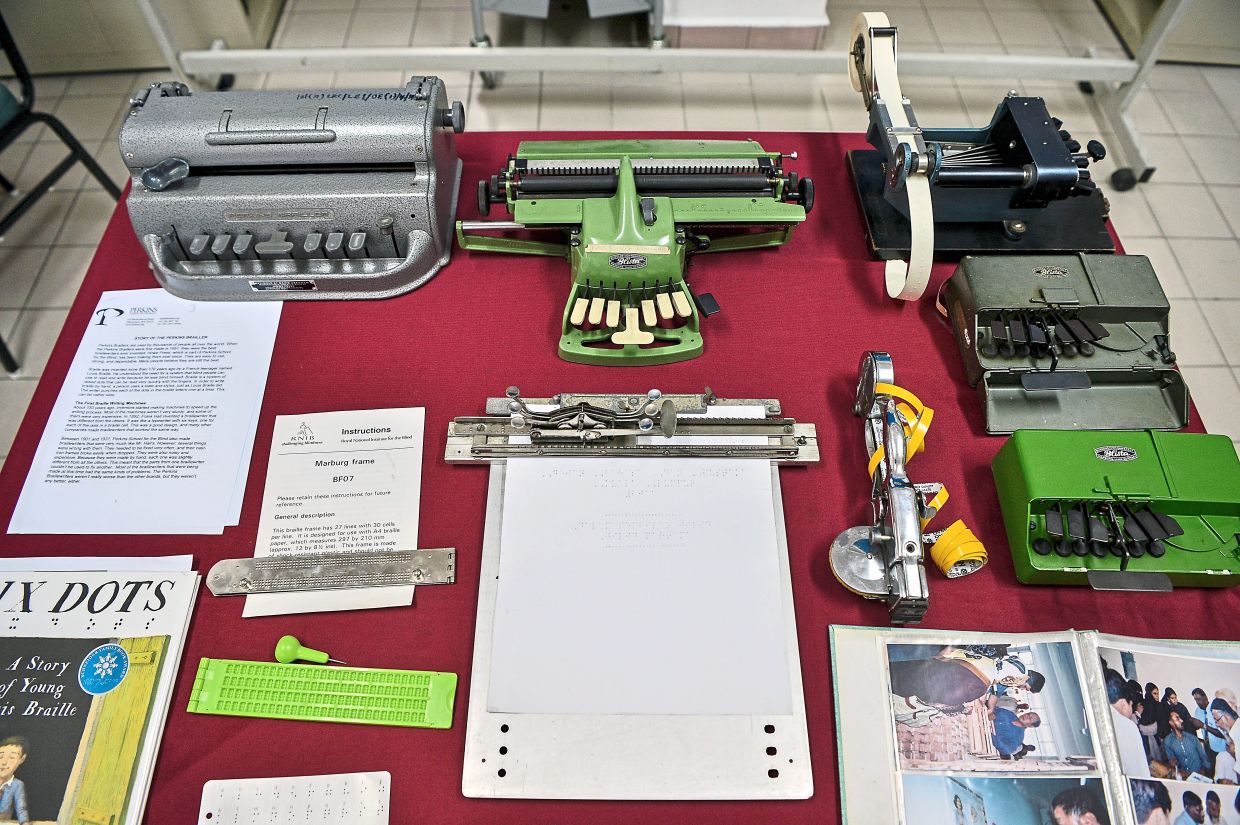 Some of the machines used by the MAB to produce braille books by the association's own members. — Bernama

Kong, who studied law, says this is one of the reasons why she prefers e-books over braille books.

Though screen readers tend to sound monotonous, they still offer an effective way to learn, she says, adding that once a person is proficient, he or she can speed them up.

There are very few young people learning braille now, says Thomas, adding that a total of 2,562 students are learning it in Malaysia, with 38 in preschool, 1,147 in primary school and 1,377 in secondary school.

According to the Welfare Department, of the 780,000 who are visually impaired in the country, only 51,540 have registered with the department and, of those, only 30% can read braille. 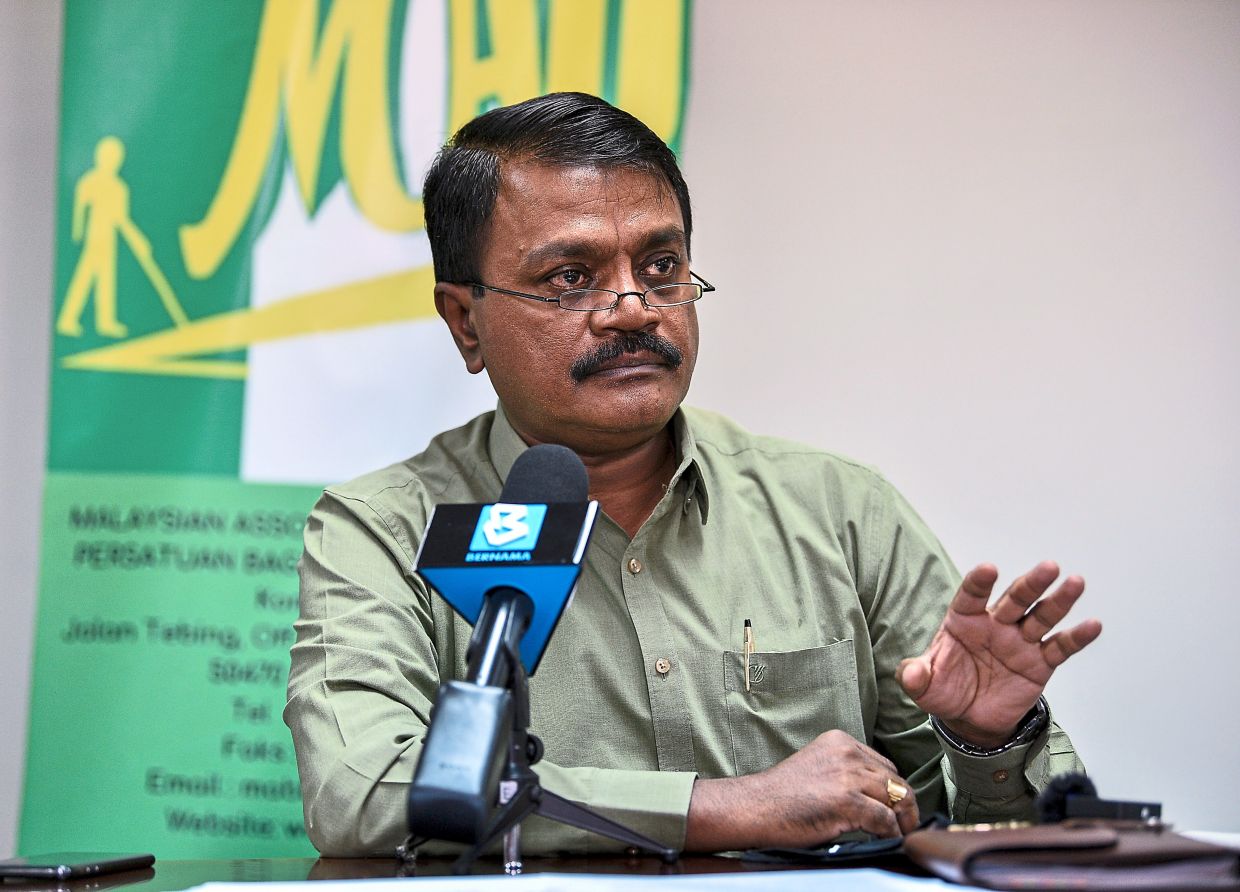 Thomas says those who lose their sight later in life are more likely to depend on apps and technology. — Bernama

Thomas says those who lose their sight later in life are more likely to depend on apps and technology, unlike those who were blind from birth, as they would usually be sent to school to learn braille.

Kong says learning beyond braille will increase a person’s job opportunities and enable them to be more independent.

“Mastering smart devices offers independence and convenience, as well as broadens horizons. In this era where everyone is supposed to be adaptable, technology can help,” she says.

Chan says Dialogue In The Dark has been developing guidelines for accessible design since 2017 and has worked with various companies to make digital services more accessible for PWDs.

The organisation, for instance, has consulted for book publisher Sasbadi Holdings on making its online tuition platform accessible to students who are visually impaired. 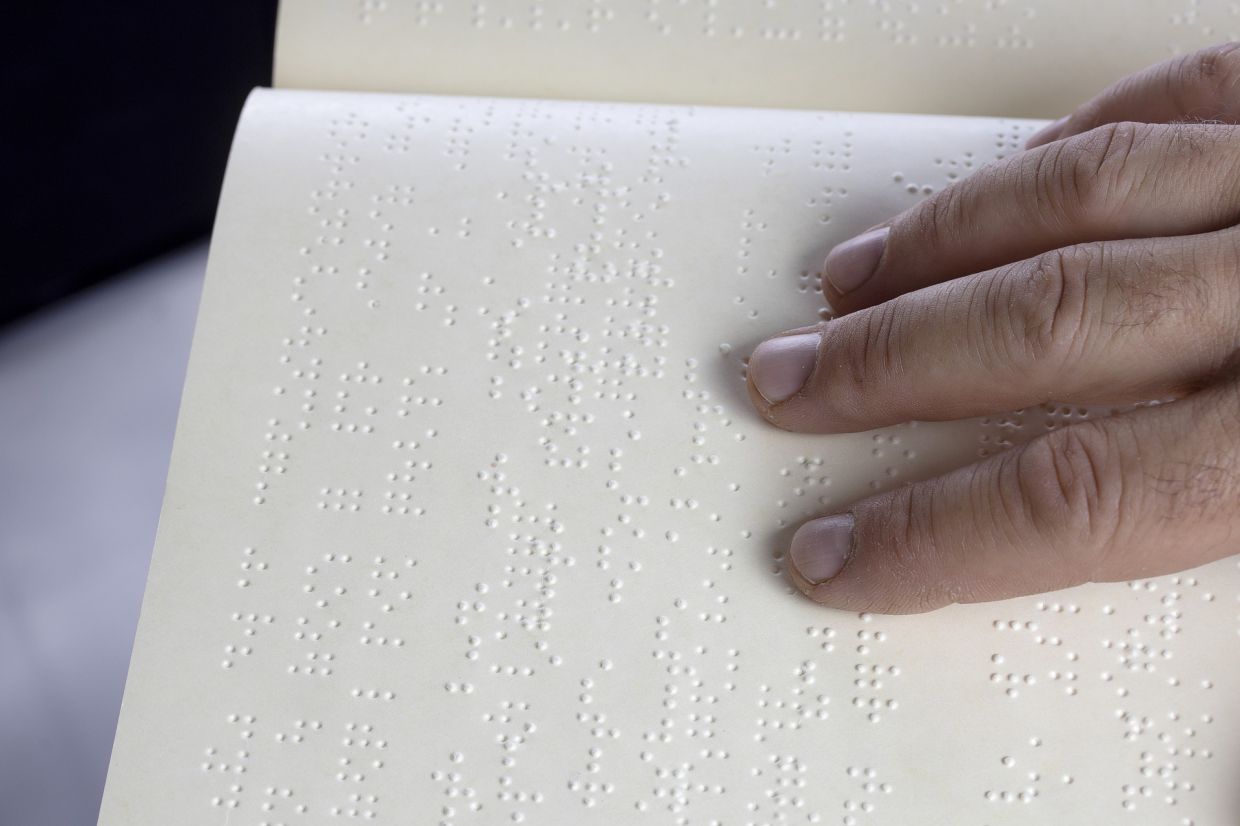 Kong says learning beyond braille will increase a person’s job opportunities and enable them to be more independent. — Pixabay

“The Web has a lot of images so if they (developers) don’t add captions or embed descriptions, it can be frustrating (even when using screen readers).

“On some websites, the photo that leads to a new page would just read ‘link’ with no explanation!” he says.

He agrees with Kong that the iPhone has been on the ball with addressing accessibility needs with its operating system.

However, the brand is prohibitively expensive so a lot of people tend to buy older or second-hand models, he says, adding that Android is quickly catching up too.

The Google App Maker website, for instance, urges developers to make their apps accessible to everyone.

It has listed common disabilities that affect a person’s use of an app, including blindness or low vision, colour blindness, deafness or impaired hearing, and restricted motor skills.

It points out that developing apps with accessibility in mind improves the user experience for all users and not only for people with disabilities. 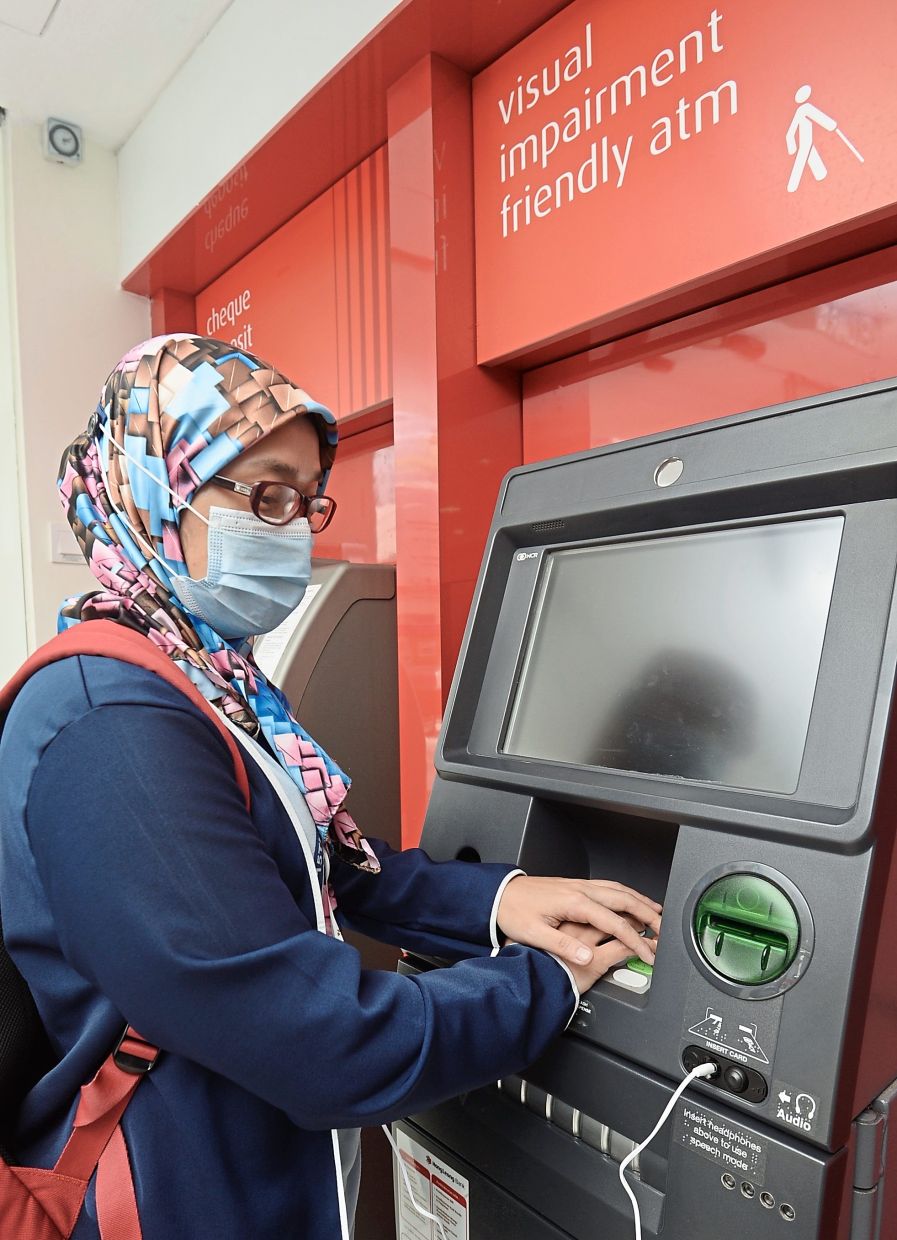 ATMs that are disabled-friendly are rare. — SIA HONG KIAU/The Star

Elaborating on the point, he explains that a developer that takes into consideration the visually impaired will also be benefiting senior citizens.

He also recommends using Microsoft Seeing AI or Google Lens, which is especially great for reading menus, as it can also zoom into text.

And when it comes to paying for a meal, he is fond of e-wallets.

He has been enjoying going cashless, as he doesn’t have to deal with notes or coins and giving the correct change.

It can also be a hassle to some as limited vision makes it difficult to differentiate between RM10 and RM20 notes, he says.

Chan says the e-wallet’s auto reload feature also saves the trouble of going to an ATM, which can be hard to do alone, as most are not disabled-friendly.

He is only aware of one ATM, located in Brickfields, Kuala Lumpur, which has earphones that dictate the menu functions.

“However, Malaysia is catching up and going in the right direction, as most companies are willing to listen though change takes time,” he says.

Make It Right Movement CEO Brian Lariche says around 3.3 million people in Malaysia – or 10% of the population – have some form of disability such as blindness, deafness or impaired movement.

Globally, over one billion people live with some form of disability and almost everyone is likely to experience a disability – temporary or permanent – at some point in their life, according to the World Health Organisation.

It also warned that people with disability are being disproportionately affected by the Covid-19 pandemic.

Lariche feels technology is a good equaliser, as it could offer the right tool to the right person instead of giving everyone the same solution.

Like Dialogue In The Dark, the Make it Right Movement works with companies that want to make their services more accessible. 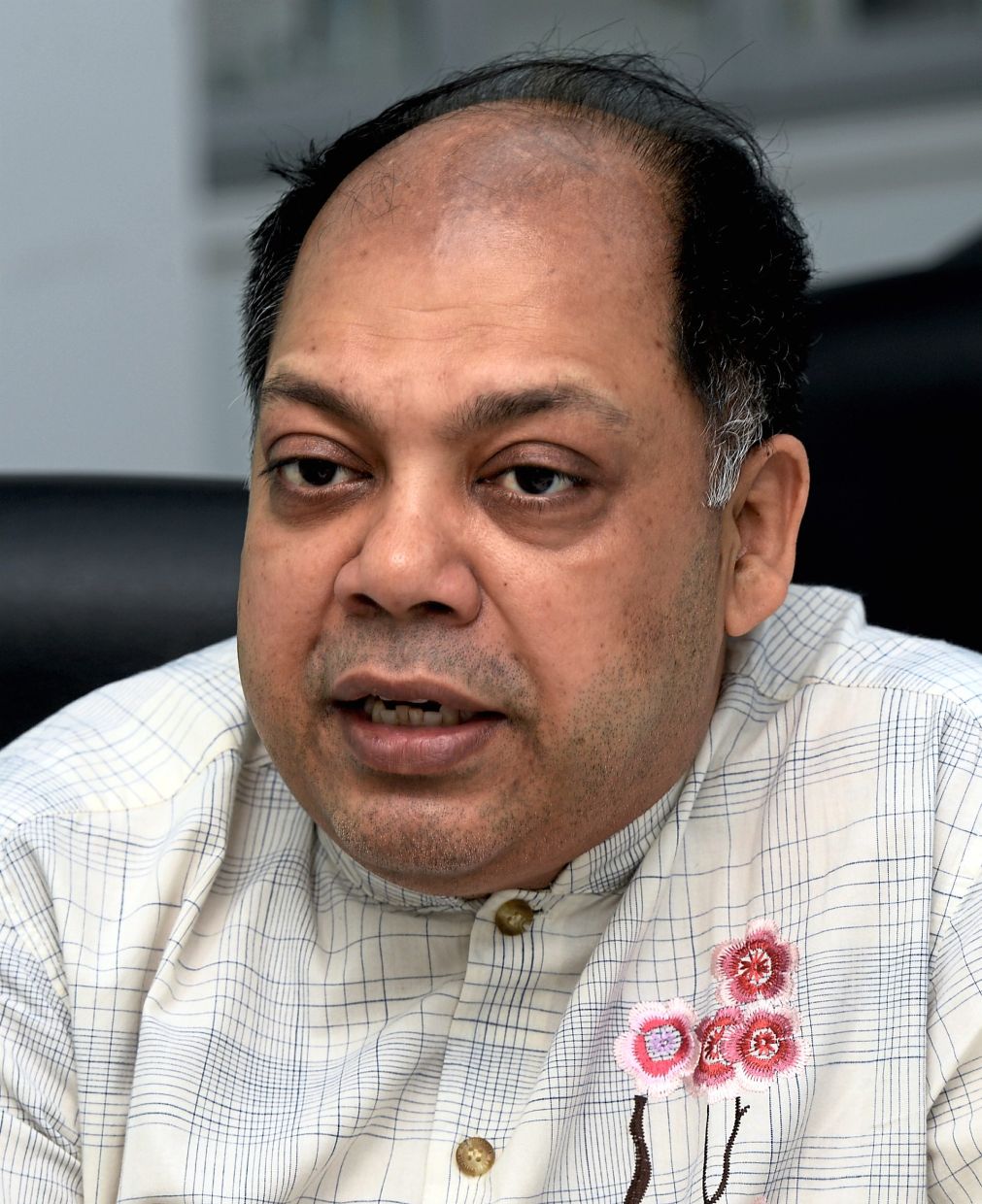 Lariche says company’s accessibility goals for their services should be done to serve the disabled as customers, not out of sympathy. — S.S. KANESAN/The Star

“Companies that choose to expand their services to accommodate PWDs as potential clients must treat them with respect and as human beings, and not do it out of sympathy. Then the community can decide whether to be their customers,” he says.

Both organisations recently collaborated with Digi to update its website and app to be more accessible, which were launched last month in conjunction with the International Day Of Persons With Disability 2020.

The company said the accessibility upgrades made to its digital services were guided by international standards for accessibility, and addresses four challenges associated with visual impairment, which are blindness, low vision, colour blindness and dyslexia.

The collaboration also resulted in the creation of a Digital Touchpoints Playbook to inspire other like-minded organisations to build accessible digital platforms to benefit more PWDs across the country. 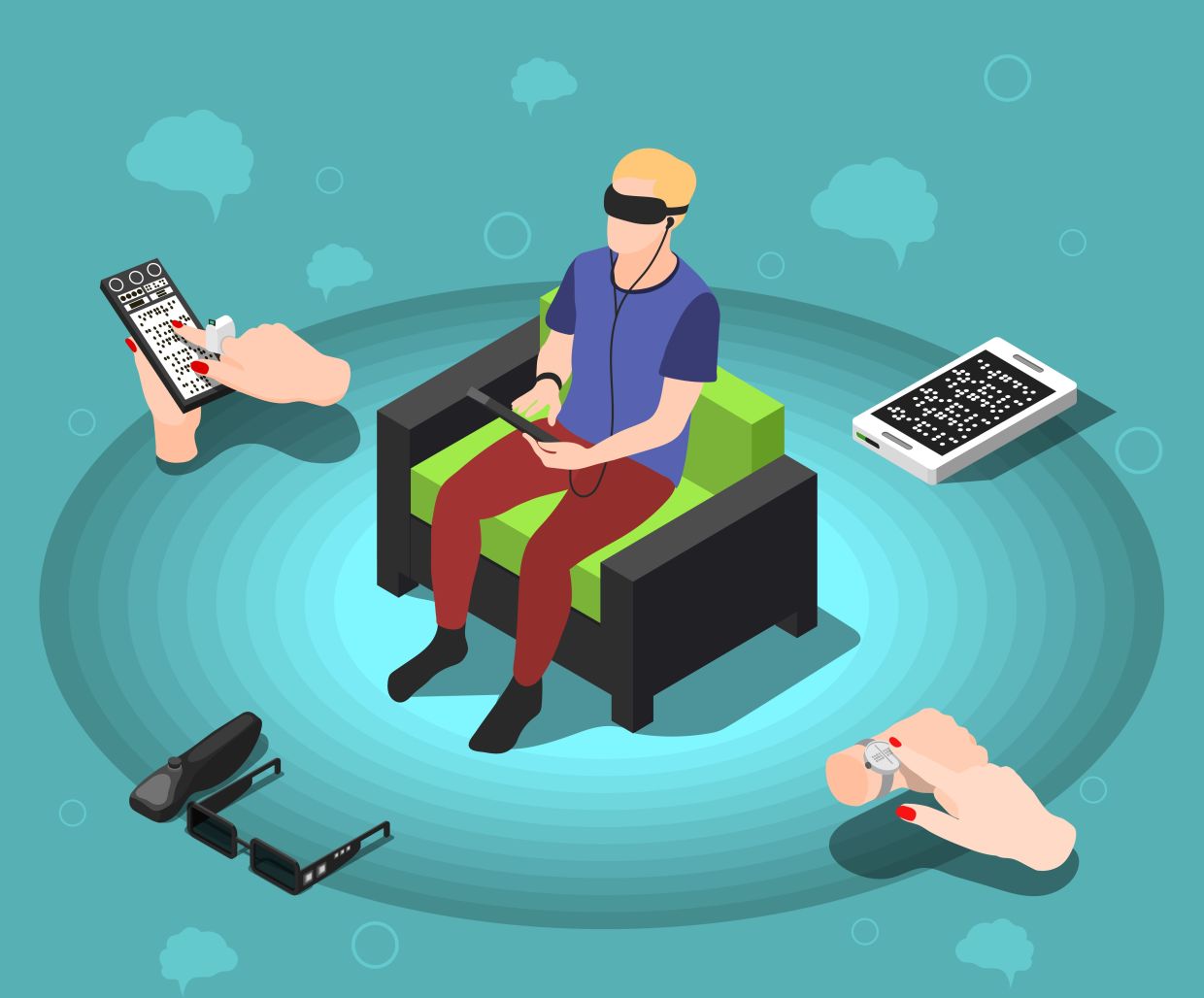 Assistive technology can break down barriers and open up a new world for people with disabilities, and the need has never been greater as nations speed up to become tech-centric in the face of the pandemic. — People vector created by macrovector - www.freepik.com

Digi’s head of sustainability, Philip Ling says, “The world runs on the Internet, a fact that has become even more pronounced during this pandemic.

“This season has similarly highlighted the disparity between those who have and are less likely to have easy access to online experiences.

“We strongly believe that inclusion is a basic human right and are therefore taking action to lower the barriers of access to our digital touchpoints.”

He says Digi’s decision to start with the visually impaired community was due to it being the third largest differently-abled community and the nature of services it offers via its website.

“Some of the measures that we have implemented include improving our colour selection for devices and using high contrast for content and background colours,” he says, adding that the project took around four months to complete and will be continually improved.

He said focus group sessions with the two organisations have revealed that some popular Malaysian websites are not designed to support screen readers and many sites still lack an audio description function, making most videos inaccessible to the visually challenged.

“We have also learned that when an online platform is inaccessible, 75% of people with disability have said that they walked away from a potential purchase and most are unlikely to provide feedback to the service provider,” he says.