The Covid-19 crisis and the ensuing movement control order (MCO) have deep negative ramifications for many Malaysians, especially vulnerable, low-income families. With the exception of the headline news – a three-year peak in the unemployment rate and a contraction of quarterly GDP of over 17% – detailed evidence of the extent of these ramifications has been largely absent. Until now.

In August 2020, the United Nations Children's Fund (Unicef) Malaysia and the UN Population Fund (UNFPA) released a report entitled “Families on the Edge”, the first longitudinal study on the post-MCO socioeconomic and mental wellbeing of low-income households in Kuala Lumpur ("Covid-19 impact: Women and children most vulnerable", The Star, Aug 25, 2020). It paints a troubling picture. Combined with other recent, albeit pre-MCO, research on low-income Malaysia, there are compelling reasons for the Malaysian government to do more for vulnerable groups.

Echoing the findings of this study, nonprofit think tank Research for Social Advancement (Refsa) agrees that steps must be taken to significantly strengthen Malaysia’s mainstream social protection framework. Additionally, we concur there is an urgent need to reform the labour market to create more sustainable, long-term and respectably-paid jobs, especially in strategic sectors such as education and healthcare, as well as sustainable agriculture, energy, transport, and waste management.

In this vein, the government should introduce schemes aimed at upskilling the labour force and preparing Malaysian workers for careers in such sectors. We believe such programmes could be carried out by expanding selected aspects of the public sector that could create new jobs for Malaysians while fulfilling several long-term demographic and technological challenges that Malaysia faces.

Among the UNFPA-Unicef report’s findings, one of the most important to our mind is that low-income households have been facing financial difficulties even before the pandemic struck. It was found that 16% of the households surveyed were unable to afford sufficient food, 39% had trouble paying rent or loan installments, and over half had outstanding utility bills as at the end of 2019.

The pandemic has made the situation worse for these households, with three-quarters of them unable to save money during the MCO phases. Of those who managed to save something, only a fifth stashed away enough to last more than three months. Even worse, among households headed by women only 5% saved enough to last as long. The pre-existing financial challenges faced by low-income households threaten to deteriorate further if consequential action is not taken.

These findings are backed up by other earlier studies on low-income Malaysia, conducted by various bodies, including the Khazanah Research Institute, the World Bank and Unicef itself, as well as numerous academics. Indeed, in our own research on low-income Malaysian households, Refsa has found that a family of four with two working parents earning the median wage would fail to reach a living wage requirement in almost every state.

Overwhelming evidence thus supports the idea that social protections must be improved for Malaysia’s vulnerable populations. Recent months have seen attention paid to the benefits of universal (or targeted) basic income schemes across the world. We believe local low-income families would benefit from the expansion of Malaysia’s existing cash assistance framework, Bantuan Sara Hidup (BSH). Replacing the existing BSH policy with one that pays out RM1,000 to B20 (middle income) households and RM500 to B21-B40 (low income) households each month would come at a cost of RM30bil annually, just a tenth of the value of Malaysia’s post-Covid stimulus packages announced since February – a fraction that will decrease should further stimulus be deemed necessary.

While cash assistance is a key part of the equation, it should not be the only tool used to raise the living standards of low-income households. Equally important is access to decent work. The Unicef study reveals “considerable demand for proactive labour market interventions that support people to get back into employment”.

The Malaysian government can play several crucial roles in this regard: First, it can ensure the creation of jobs in strategic sectors such as education, healthcare, and the green economy by stimulating investment in these sectors. Next, it can ensure the creation of a labour force capable of becoming teachers, or nurses, or care workers, or engaging in the manufacture, deployment and maintenance of green technologies, among many other possibilities, by employing a host of training programmes targeted towards each specific niche and readying the labour force for work in these sectors.

Labour market reforms which see Malaysia reduce its reliance on foreign workers, particularly for lower-skilled jobs, can also create myriad job opportunities for locals. Coupled with stimulating improvements in pay levels by, for instance, raising the minimum wage further, this can create opportunities for low-income individuals to attain steady work and mitigate the financial difficulties they face.

Otherwise, these difficulties – which pre-date the pandemic – will only get worse until a vaccine is found for the coronavirus and the threat of further MCO phases dissipates.

The government has its work cut out. The pandemic has had an outsized toll on low-income households across the world. They were already struggling to get by before it struck. Now, these struggles have only amplified.

The stimulus packages, including Bantuan Prihatin Nasional (BPN), a system of cash transfers to low-income individuals, have helped, but such emergency, one-off measures should be replaced by a basic income provision targeted at the most vulnerable in our society. Beyond that, the government should embark on massive job-creation and training schemes that can ready the labour force for decent, well-paid work in strategic, future-proof sectors.

Among other key findings from the UNFPA/Unicef report:

> More than half of these heads of low-income households have no labour market protections (eg contributions into the Employees’ Provident Fund and Social Security Organisation – ie, EPF and Socso), while three-quarters lack employment protections (presumably the Employment Insurance Scheme, though what this entails is not explicitly described in the report). More worryingly for women, only 5% possess medical and life insurance.

> Compounding the concerns of low-income households is the fact that median salaries dropped by a third during the MCO phases, with over half of heads of households reporting a reduction in income relative to 2019.

> At the same time, only a quarter of households managed to save money during the lockdown. Even amongst this group, just 16% of households saved enough to last more than three months.

> Low-income households have subsequently been forced to curtail expenditure where possible. Spending on education is, on average, down 84%, a factor which can have negative long-term repercussions and even fortify the vicious cycle of poverty. While food expenditure did not change much on aggregate, the composition of food consumption did: low-income households have been found to have curtailed their consumption of both fruit and protein, both crucial components of a healthy and balanced diet. 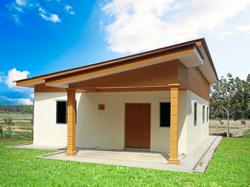 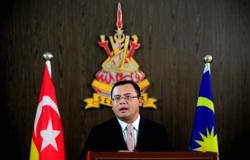