By MING TEOH and CLARISSA CHUNG

KUALA LUMPUR: Women and children, especially those from low-income urban households, have been the most negatively impacted by the Covid-19 pandemic and need support urgently, a study by two United Nations bodies found.

The “Families on the Edge” (FoE) report revealed that female-led households were especially vulnerable and more likely to suffer from unemployment, had their working hours cut and experienced difficulties accessing healthcare and home-based learning. According to the report, about 32% of female heads of households have become unemployed since March while 57% have no access to social protection.

“The Covid-19 pandemic has changed all our lives but more so the lives of these lower income families, women and children, who are the focus of the study, ” said Malaysia’s United Nations International Children’s Emergency Fund (Unicef) representative Dr Rashed Mustafa Sarwar.

The report was by Unicef and the United Nations Population Fund (UNFPA).

Dr Rashed said that while the government’s approach to curbing the socio-economic impact of the pandemic on the population was commendable, it needed to be continued in order to be effective.

More than half (55%) of the 500 heads of households in Malaysia interviewed found the Bantuan Prihatin Nasional (BPN) to be the most useful assistance they had received during the movement control order (MCO).

However, when questioned further, some revealed that they could not access the assistance due to issues such as illiteracy, logistics, difficult (application) procedures and disqualification on various grounds.

“These households are less able to cope with the pandemic because of low savings, limited access to employment-based social protection and family members in need of care such as the elderly or persons with disabilities or chronic illnesses, ” revealed Unicef social policy chief Stephen Barrett.

One in six households (17%) reported that their savings could only last them for a month, according to the study which was commissioned by the two UN agencies in partnership with Malaysia-based public policy and research company DM Analytics.

Furthermore, over half (52%) of the heads of households were not protected by EPF or Socso.

On top of that, 8% of the households have members with disabilities or chronic illnesses.

“All this suggests that Malaysia’s social protection system needs to be re-evaluated to prevent the pandemic from aggravating the effects of pre-existing poverty, inequality and social exclusion, ” said Dr Rashed. 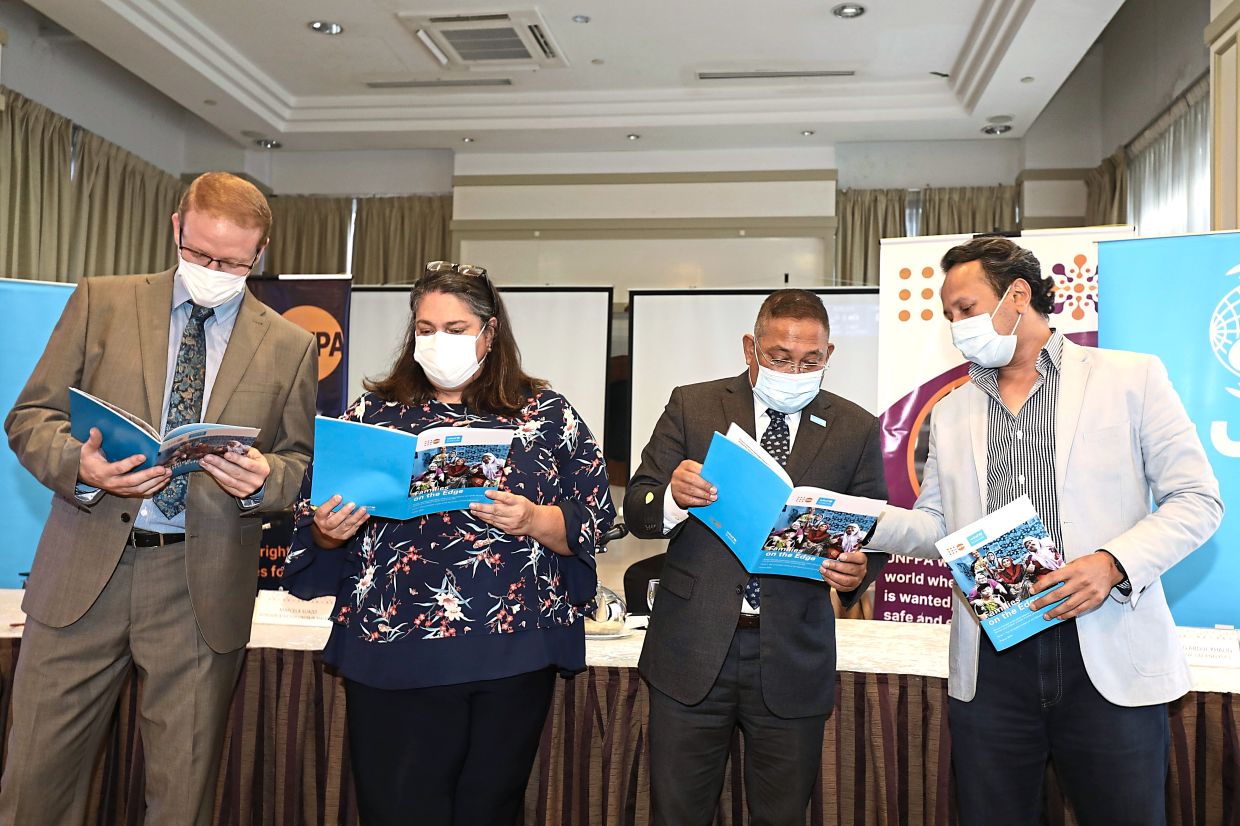 Commissioned in May 2020, the report described the immediate socio-economic impact of the Covid-19 pandemic on 500 families with children living in Kuala Lumpur’s low-cost flats.

It also studied how relevant, adequate and accessible Covid-19 mitigation policies and other critical social services for this particular group had been.

DM Analytics managing director Dr Muhammed Abdul Khalid said rather than one-off cash handouts, many low-income households preferred sustainable assistance such as work opportunities, business opportunities including capital, space and equipment, and long-term aid so that they could live a life of dignity and respect.

Malaysia’s UNFPA representative Marcela Suazo said that while the report highlighted the situation of these families, it also revealed their resilience and dignity.

“Many of them have expressed a strong desire to rebuild their livelihood and there has been an increase in sharing of responsibilities at home, ” she said.

Women’s Centre for Change (WCC) programme director Karen Lai said it was crucial that the assistance provided to women and children to be easily accessible.

“It is important that support measures for women and children be practical and accessible.

“It is true that Covid-19 merely worsened existing inequalities and deprivation, and these gaps cannot be redressed overnight.

“We are dealing with a problem of severe and unprecedented magnitude, so multiple measures in the immediate term, medium term and longer term need to be looked into, ” she added.

Voice of the Children chairman Sharmila Sekaran said the work of the organisation had revealed similar findings.

“Children from low-income families were disproportionately affected during the movement control order, in regards to education, health, nutrition and abuse, ” she said.

> Read more in StarLifestyle on Friday