The Sahul Shelf and the Sunda Shelf today. Both shelves were above sea level during the last ice age. The area in between is called 'Wallacea' after the Wallace line that divides fauna between the two regions. - CC BY-SA 3.0

FROM Atlantis to Hawaii, almost every culture has a story about a great flood that either sank a continent or a mythical island. However, here in South East Asia, our sunken continent is actually grounded in truth.

Is it true that in the distant past you could walk from Kuala Lumpur to Kuching?

Until about 12,000 years ago, it wasn't just a land bridge that connected Peninsula Malaysia to Borneo, but almost a sub-continent worth of land.

Not only could you walk to Kuching from Kuala Lumpur, you could walk to Medan and even Jakarta. Manila was still out of reach but there were two spits of land connecting to the Philippines' central and southern provinces in Palawan and Mindanao.

The reason this was possible was that for 100,000 years the entirety of the Sunda shelf was above the ocean thanks to the last glacial period, or ice age.

The last ice age, called the Younger Dryas (which started 115,000 years ago), saw so much sea water locked up in the glaciers of the Northern and Southern Hemispheres that the sea level was approximately 120m lower than it is now. This land mass was called Sundaland after the shared sea shelf.

This 'lost continent' in South East Asia is the reason that our region shares so much flora and fauna even though much of it is cut off by sometimes hundreds of kilometres of open ocean.

The parts above the ocean now were the tops of the mountains during that time and a vast forest covered much of what is now the South China sea.

It's because of this reason that both Sumatra and Borneo have orangutans: they didn't swim across, rather they swung - through trees that is.

Of course, we humans as a species also took advantage of this 'lost continent' and used it to migrate and populate much of what is now the islands of Sumatra, Java, Borneo and of course Peninsula Malaysia.

During the same period, Australia and New Guinea were also one mega-island called Sahul (also named after its shared sea shelf) and that's why there are marsupials spread throughout both islands to this day.

However, at no point in time were Sundaland and Sahul connected and the fauna is noticeably different and unique from each other on either side to this day.

This line delineates Australian and Southeast Asian fauna and is called the Wallace line after a British naturalist who noticed this difference and wrote about it in the 1800s.

Now, was there an ancient super-advanced civilisation living in Sundaland 12,000 years ago? Most likely not.

South East Asia is one of the most densely populated regions on the planet and has been so for most of recorded history.

So if there was any evidence at all of a lost civilisation dating back to the last glacial period, we surely would have dug it up by now. 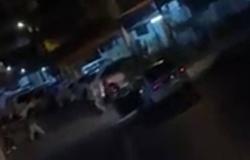