KULIM: A few voters who came to cast their ballot for the Padang Serai parliamentary election were not aware that two candidates had withdrawn from the contest to give way to Pakatan Harapan candidate Dr Mohamad Sofee Razak.

Student Azieza Nour Afifah Azman Zahidi, 20, who is a first-time voter, said she was excited to fulfil her civic duty but was unaware there were candidates who had decided not to contest

Azieza who is pursuing her studies at a public higher learning institute in Perak said she returned to Kampung Tunku, Putra here last Friday (Dec 2) and was not informed about the matter.

"I don’t get to watch the news because there is no television back at my hostel. I am home now because it happens to be our mid-semester break," she said when met after casting her ballot at Sekolah Menengah Kebangsaan (SMK) Sultan Badlishah (SMK) here on Wednesday (Dec 7).

Another voter, housewife Fauziah Desa, 58, said she might have missed out on the information and announcements regarding the candidates’ withdrawal.

"I didn't know about this at all. I am casting my ballot here although I am living in Kulim-Bandar Baharu parliamentary because I used to rent here," she said.

Meanwhile, Muhd ​​Luqman Hakim Mohd Aliakabar, 21, said it was through social media platforms that he learned about the two Padang Serai parliamentary candidates pulling out from the contest.

Muhd ​​Luqman from Kampung Syed Sheikh, here, said that although this is his first time voting, he keeps himself abreast of the current political situation.

"I knew the two candidates have withdrawn, so there is no need to vote for them though their names are on the ballot paper. Besides, I have already decided who to vote for," he said.

However, the names of the two candidates still remained on the ballot papers based on Article 9 of the Elections (Election Process) Regulations 1981, which states that no candidate can withdraw from the contest after the end of the nomination process. - Bernama 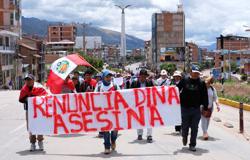 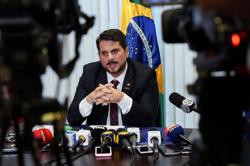