PETALING JAYA: A continuous rain warning has been issued for eastern Sabah, as well as several areas in Peninsular Malaysia.

“Strong eastern winds are expected to be concentrated in the east of Sabah, as well as the east coast and the north of the peninsular until Dec 5. This will have the potential to cause continuous heavy rain in the affected areas,” he said.

Muhammad Helmi added that a low-pressure weather system is expected to form in the South China Sea on Friday (Dec 2).

“It is predicted to move west across the Malaysia-Thailand border towards the Andaman Sea from Saturday (Dec 3) to Sunday (Dec 4),” he said in a statement on Wednesday (Nov 30).

Muhammad Helmi then said that the public should refer to www.met.gov.my and keep tabs via social media, as well as download the myCuaca app for the latest and authentic information. 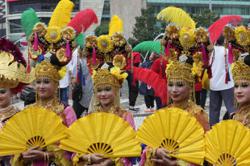