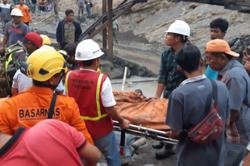 He added that six more who were rescued in Cambodia will arrive later at midnight.

"A total of 273 victims have been rescued in Cambodia, Laos, Thailand and Myanmar from April till now out of the 401 cases reported to us.

"Of the 273 victims, some are still being detained at the respective countries’ detention depots after being rescued,” he said at a joint media conference with the eight victims from Cambodia at the Kuala Lumpur International Airport 2 (klia2) here Thursday.

ALSO READ: No longer a slave to the job scam

Saifuddin said Malaysian authorities, in cooperation with their counterparts in the countries concerned, were actively tracking another 128 victims of the job scam syndicates.

"We have intensified our efforts by collaborating with the authorities from the countries concerned to track down the others, (while) those who have been rescued and, after (completing) the countries’ legal processes, will be brought home as soon as possible.

"As a nation that respects the law, we must accept and allow those countries involved to carry out the necessary processes,” he said.

Saifuddin, meanwhile, advised victims who had been abused and so on to lodge police reports in the countries concerned to facilitate the police there to carry out investigations.

"My advice is that we must be very careful if making any statements regarding such issues, the best is that if we have information to give it to the police because that is more useful.

"This is also because we are concerned that if the statements are made, they could interfere with police investigations and, if the words used are misinterpreted, they could affect the diplomatic ties between Malaysia and the country concerned,” he said. - Bernama