PETALING JAYA: A mall which landed in hot water after an indecent catwalk by a guest during the Kedah Fashion Week 2022 has apologised for the incident.

The mall in a statement said it has advised all guests to be decently attired but due to certain challenges, it had been unable to screen all of them.

"Rest assured, we will reinforce all procedures to prevent a recurrence of such an incident.

"Kedah Fashion Week 2022 is an internal event which was organised since 2016 and is not related to the state government," the statement added.

The event last week courted controversy over the presence of a guest on the catwalk in a formal suit without a blouse or bra.

The incident happened at a shopping mall where the event was going on.

However, while Malaysians took to social media criticising the organisers over the attire of the participant, many were more interested in the gender of the model.

One of them said he was surprised by the presence of the model, thinking it was the Milan Fashion Week and not from Kedah.

MStar reported that a snapshot shows the model goes by the name Ina (Ny@h) and the individual said she was present on the third day of the fashion week with the theme "Theme of Stylo".

Following this, state health and local government committee chairman Datuk Dr Mohd Hayati Othman said action would be taken against the organisers of the event including calling them to give an explanation over the incident.

An earlier check showed the organisers did not apply for a permit and no approval was given by the local council.

"I received complaints on the organising of the Kedah Fashion Week with a model indecently attired.

"We will call the organisers, ask them to explain and appropriate action will be taken," said Dr Mohd Hayati on Facebook. 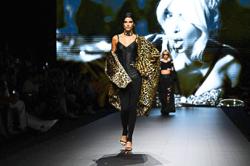 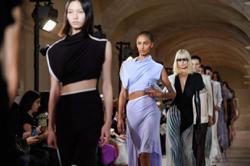