JOHOR BARU: Umno will perish within the next 10 years if the party does not take a bold step to change, says Datuk Nur Jazlan Mohamed.

The Johor Umno deputy chairman said that the party must start changing and rejuvenating now to win the support of young voters.

"In the upcoming 15th General Election (GE15), more than four million new voters aged 18 and above will be automatically registered.

"They will become the new dominant voice for future elections," said the Pulai division chief.

Nur Jazlan added if Umno wanted to win over young and new voters, it needed to implement changes from various aspects such as change of mind, change of approach, leadership changes and changes in its candidates for GE15.

He expressed hope that in GE15, Umno would make major changes in its candidates list by putting aside veteran leaders and giving opportunities for fresh, young faces to continue the party’s struggle.

Nur Jazlan said any MPs or state assemblymen that have become party candidates for many terms should not be fielded.

"There are some elected representatives who have held seats for as long as 20 and 30 years and people have been looking at the same face.

"I believe people are bored with the same old faces where they demand fresh candidates who are young and can do job more efficiently," said Nur Jazlan.

"However, it does not mean that the party should get rid of these senior leaders.

"They can be a mentor to young members. Their vast experience in elections and their political arena can guide our candidates," he added.

He said that Umno should find a balance between fielding fresh faces and experienced candidates as this formula led to a huge Barisan Nasional victory in the Johor state polls.

Nur Jazlan then called upon senior party leaders to not sabotage candidates if they were not picked by the party in GE15.

"They and the machinery should be helping the campaign, no matter who has been given the trust from the party to contest.

"If our candidates win, the one that will stand to gain is Umno," he added. 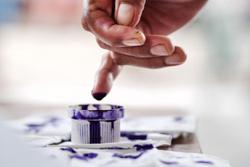