KOTA KINABALU: A community leader has urged school authorities in the Penampang district, especially those located along the Moyog River, to teach their students against taking a swim in the river during rainy seasons.

This is after the tragedy involving two secondary school students who drowned after being swept away by strong currents while they were swimming at Kampung Pogunon last week.

Kampung Inobong Village Development and Security Committee (JPKK) chairman Nicholas Quintin Pasus said recreational park operators should also do their part to advise visitors to not be in the river when dark clouds form.

"The schools can play a contributory role in reducing the chances of such drowning incidents from happening if they make it a point to warn their students of the dangers of swimming in the river during bad weather.

"Teachers must tell students to look out for their safety during outings at the river," he said when contacted on Wednesday (June 22).

Nicholas also urged operators of recreational parks, which were abundant throughout the river, to issue the same advice to their guests.

"It could be drizzling downstream where people are swimming but it could be a totally different thing upstream in the highlands where there is a downpour.

"These operators know best about how the weather can quickly turn from good to bad so they are in a position to advise or brief visitors about the signs," he said.

Harold Walter and Tomansi Olaf, both 17, drowned after taking a swim at the river on Saturday (June 18). They had gone there with four other friends before a friendly football match that day.

That would turn out to be a tragic decision when Harold and Tomansi were suddenly swept away by strong currents while their friends - Jeremiah Maxwell, Constant Felix, Jameson Johnwai and Bryan Lee - managed to save themselves after scrambling to higher ground.

Many lives have been lost in the notorious Moyog River over the years to drowning incidents due unpredictable currents caused by heavy rainfall in the Penampang highlands.

The river cuts through scores of villages from the Babagon area in Penampang to the neighbouring Putatan district.

Some Penampang villages along the Moyog River have also started to suspend all activities at the river including picnics, camping and swimming until safety measures for the public are put in place.

Moyog Community Development Unit leader Joseph Suleiman said the river is now off limits in Kampung Pogunon, where the drowning incident took place, adding the action was taken after the consent given by the district office, police and community leaders.

"We want to provide a safety procedure that will help ensure the safety of river users following the tragedy," he said.

Nicholas said he had also issued a letter calling on parents and guardians in Kampung Inobong not to allow their children to take part in any activity at the river, particularly during the unpredictable weather presently. 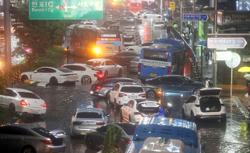