PETALING JAYA: Datuk Seri Najib Razak’s eligibility to stand in the next general election would very much depend on his appeal outcome at the Federal Court, according to legal experts.

Senior lawyer Datuk Roger Tan Kor Mee said that the former premier would still have a chance if the Federal Court allowed his appeal to set aside the conviction handed down by the High Court.

"If the Federal Court allows his appeal before GE15, then needless to say, he can run. And that would also depend on whether he was convicted of other offences that he is facing.

"Otherwise, he would have no chance unless his Federal Court appeal is allowed and it happens before GE15 is announced," he said when contacted.

Tan, who was also formerly an Advocates and Solicitors Disciplinary Board member, said that as of now, it was not permissible by law for Najib to stand in any election according to Article 48(1)(e) of the Federal Constitution.

"The law only permits him to run if he succeeds in his appeal or receives ‘a free pardon’," he added.

Article 48(1)(e) of the Federal Constitution touches on an MP’s disqualification, where a person was disqualified if he had been convicted of an offence by a court of law and sentenced to imprisonment for a term of not less than one year, or to a fine of not less than RM2,000, and had not received a free pardon.

On Wednesday (Dec 8), the Court of Appeal upheld the conviction and sentence of Najib in the SRC International case, where he was found guilty of misappropriating RM42mil from the company’s coffers.

It also allowed an application by Najib to stay the execution of his jail time pending an appeal at the Federal Court.

For now, Najib remains as Pekan MP, as Article 53 of the Federal Constitution states that the seat would not automatically become vacant in the event the former premier files an appeal to a superior court, which is the Federal Court in his case.

It would only become vacant automatically if Najib did not make any appeal at the Federal Court, or if the Federal Court upheld the High Court’s decision. Weighing in, constitutional law expert Dr Abdul Aziz Bari said the provisions of the law were clear on Najib’s eligibility to run for GE15.

"Given the position now, as an MP, he is convicted and sentenced to jail. What is there to talk about contesting and more?

"The laws have provided for that and there’s not much to differ.

"I don’t see any grey area, it’s clear. The same thing with regards to (seat) vacancy as far as Pekan is concerned," he said, referring to Najib being legally allowed to remain as an MP.

"The outcome (of Najib’s appeal at the Federal Court) will appear, and let’s see what happens," he said. 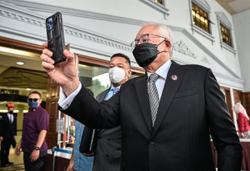 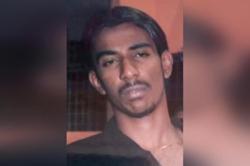