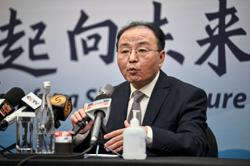 A MAN who has been keeping the body of his dead wife frozen at a lab with the hope that she might be able to live again when technology catches up now has a new girlfriend.Gui Junmin’s wife, Zhan Wenlian, was the first cryonics in China and the latest discovery sparked debates on social media, Kwong Wah Daily and China Press reported.

During an interview, Gui revealed that it was hard to live alone after Zhan clinically died of lung cancer in 2017 at the age of 49.

With the help of relatives and friends, he befriended a woman last June.

Gui, 53, admitted that the woman was agreeable to his wife’s “existence” and both are trying to start a relationship.

“I’m a human being and I have needs too. I cannot just keep waiting for something that may not come true,” he said, adding that his son was supportive of him finding a new partner.

However, Gui noted that he still loved his wife and his girlfriend kept him company and supported him.

“My son and I still have to accept the fact that my wife may never wake up.

Zhan’s body is stored in liquid nitrogen at -196°C at a cryogenic institute in Shandong, China.

Gui had said that he made the decision out of love and that he did not feel his wife had passed away but “gone somewhere to rest for a while”.

According to Gui, Zhan had consented to have her body cryogenically frozen for 30 years before she died.

The cryonic preservation was estimated to cost more than one million yuan (RM663,500).

Since Zhan’s case was the first of its kind in China, the cost was covered by the biological group providing the service.

Police picked up Siskaeee, who is known by her initials FCN, after a video of her in the act went viral.

In the video, she would occasionally look over the balcony to check if anyone had noticed her.

She is being charged under the republic’s Electronic Information and Transactions law and faces up to 12 years’ jail time and a fine up to six billion rupiah (RM1.7mil). 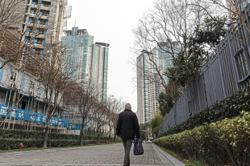