KUCHING: Interstate travel to Sarawak for the purpose of campaigning will not be allowed, according to the latest standard operating procedures (SOPs) by the Election Commission (EC).

The EC also said only five top leaders from contesting parties will be allowed to enter Sarawak.

The list of designated leaders who will travel to the state must be submitted to the state’s disaster management committee.

Meanwhile, candidates and party machineries will be allowed to hand out flyers and campaign materials to voters, subjected to strict SOPs, where they must conduct a RTK-Ag self-test before they reach out to voters.

The EC said when distributing flyers, candidates and party supporters are not allowed to enter into the houses of voters.

“It (distribution of flyers) can only be done in front of the house or longhouse. They are not allowed to enter.”

The EC also said the distribution of flyers can only involve three individuals comprising the candidate and party supporters who are fully vaccinated, and no handshakes are allowed.

Similar to SOPs for Melaka polls, gatherings and processions by supporters are not allowed on Nomination Day (Dec 6). 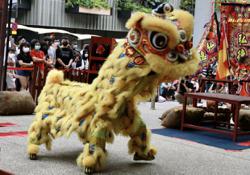