KUCHING: Physical campaigning for the Sarawak state election will be allowed in 64 state seats that have been identified with having poor 4G Internet coverage, says the Election Commission (EC).

However, physical talks (ceramah) will be held under strict standard operating procedures (SOPs) to curb Covid-19, which includes requiring all attendees to be fully vaccinated and to undergo RTK antigen self-test prior to the event.

According to the latest SOPs released by the EC, the attendance at ceramah is capped at 50% of the premises capacity or a maximum of 150 people at one time.

“Attendees of the ceramah are only limited to residents in the particular longhouse or a kampung.

“Organisers are required to apply for a permit from the police prior to the ceramah, where they must state the location and date of the event.

“The talks are restricted to two hours and cannot go later than 10pm,” it said.

The EC also said the ceramah will not be allowed in urban areas and ceramah cannot be held in open spaces.

“Any form of entertainment in the campaign is not allowed and the food provided must be ‘packed food’.”

During the recently concluded Melaka state elections, all forms of physical ceramah were not allowed.

The 64 state seats where limited physical campaigning are allowed are constituencies mostly located in the interiors of Sarawak, among them are Tanjong Datu, Stakan, Telang Usan, Mambong, Bawang Assan, Baleh. Ba’Kelalan, and Gedong.

Meanwhile, the 18 seats where physical ceramah are banned are urban areas, among them are Padungan, Batu Kawa, Pending, Satok, and Kota Sentosa in Kuching; Pelawan in Sibu; Tanjung Batu in Bintulu; and Piasau, Pujut and Senadin in Miri. 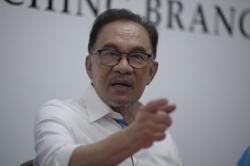