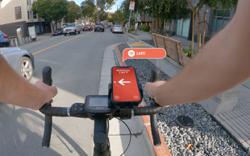 SEPANG: A television crew member died after a car crashed into his bicycle along Jalan Cyberjaya.

“The incident occurred after the driver of a car collided with the bicycle from behind.

"The crash flung the victim onto the road and he was pronounced dead at the scene.

“We have detained the driver, a 28-year-old woman, for further investigation,” he said.

He added the incident occurred on a regular road and there were no signs preventing the use of bicycles there.

The victim has been identified as 57-year-old Jeffry Aziz, a crew member of Astro Production Sdn Bhd.