PETALING JAYA: Industry experts welcomed the government’s plan to speed up the rollout of 5G networks, targeted for a year-end launch, under the 12th Malaysia Plan (12MP).

“Better Internet connectivity that is on par with other developed nations is what all Malaysians are hoping for,” he said.

In unveiling the 12MP in Parliament, Prime Minister Datuk Seri Ismail Sabri Yaakob said private sectors would invest an additional RM15bil to ramp up the deployment of 5G networks nationwide.

On top of that, he said it should also be exploring the use of satellites like SpaceX’s Starlink for Internet access in extremely remote areas.

TK Tan, president of Internet Alliance, a non-profit association for Internet infrastructure and service providers, said Malaysia had some catching up to do as according to earlier reports, the government aimed to offer nationwide 5G coverage by 2024.

“We were lacking in some action last year due to the movement control order. Then, we saw an announcement (in February) about a single entity that will be put in charge of the 5G rollout,” he said.

“It will be interesting to see how it is eventually implemented.”

As the government strives towards digital transformation, Malaysia Internet Entrepreneur Association president Mohd Azrul Mohd Nor hoped that it could be done in phases to help people adapt.

“More people are looking towards e-commerce as a source of income due to the pandemic.

“They will definitely be happier with better Internet connectivity.

“I also noticed that a lot of people are limited by their own devices.

“I believe people want to see more incentives that will help them to afford better devices,” he said.

The Prime Minister also announced that Internet community centres in rural areas would be upgraded to the Malaysian Family Digital Centres to provide training and learning opportunities.

To this, Prof Suhaidi felt the centres were critical in providing stable and speedier Internet access in rural areas.

“I hope these facilities will be upgraded with high speed wireless and broadband Internet,” he said.

“Rural folk have a lot of interesting produce to offer but they can’t reach out to more customers.

“With better connectivity, they will be able to start live streaming and sell more products,” he said. 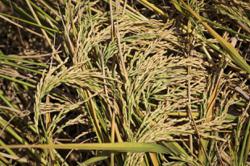